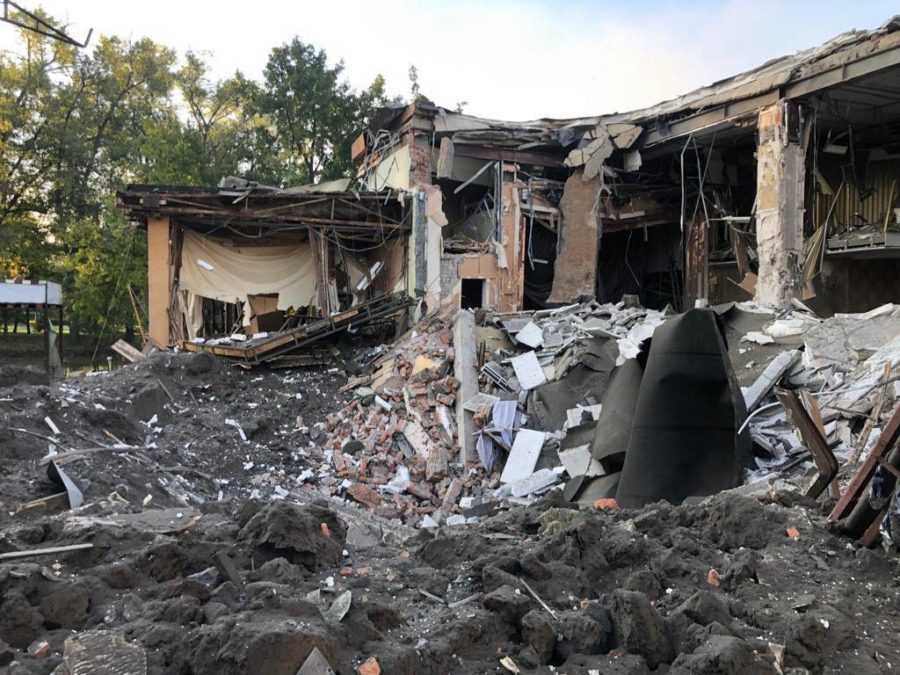 A  massive Russian rocket strike that hit Zaporizhzhya in the early hours of Thusday left several people killed and damaged a host of city sites including a local hotel, a power station and a TV tower.

‘The preliminary information says there is one dead. Eternal memory to him and condolences to his family. Five were injured,’ added the governor.

In his later update, Zelensky’s advisor Kyrylo Tymoshenko said the city was struck with 9 missiles.

‘The Russian monsters’ rocket  targeted a hotel in the central park. It has substantial damagel, people are still under the debris. Emergency workers are clearing out the debris to release people,’ said Tymoshenko.

Another strike targeted the power substation causing an outage in southern part of Zaporizhzhya, while yet one more missile damaged a TV tower.

‘Emergency teams are working to remove the consequences, said Tymoshenko.