1 in 5 ‘Servant of the People’ MPs were involved in scandals, study by voters group 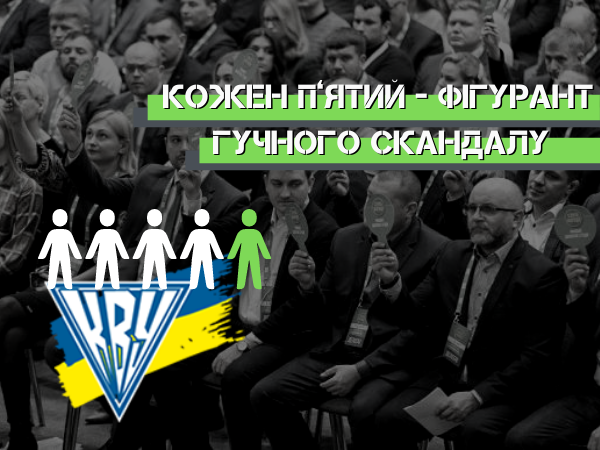 A study conducted by Ukraine’s Committee of Voters watchdog group found that ‘one in five MPs -53 politicians –  representing the parliamentary coalition was engulfed in some public scandal involving, in the most cases, pro-Russian rhetoric of ‘Servant of the People’ representatives , corruption allegations, and unethical conduct at the Verkhovna Rada.

It is unprecedented number of public scandal [involving] one parliamentary group, argues Oleksiy Koshel of Ukraine’s Committee of Voters.

Among those who come at the top of the ‘scandal-prone’ list are Mykola Tyshchenko, Oleksandr Dubinsky, Yevheniy Shevchenko, Maksym Buzhansky, and David Arakhamia.

‘Despite Zelensky’s promise to part ways with scandalous MPs, most of those are still members of [Servant of the People] parliamentary group. Some politicians were hit by  several scandals over the course of two years in the parliament, adds Oleksiy Koshel, arguing that the party list of candidates for parliamentary elections was formed out of personal preferences and disregarded professional competencies.

‘Ultimately, seats in the parliament went to those who had never been in politics and have no idea of basic principles of public communication’.

The list of disgraced politicians and their scandals compiled by Ukraine’s Committee of Voters includes: