10 ‘Golos’ MPs quit the party to form what they call ‘Spravedlyvist’ parliamentary subgroup  following the rift with their parliamentary fraction leader Yaroslav Zheleznyak. 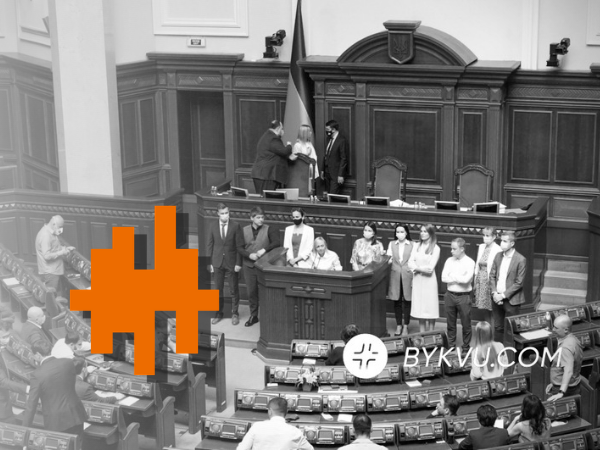 The party split that has played out in the public view comes amid reports of  constant infights and feuding in ‘Golos’ party.

The breakaway MPs cite a Tuesday vote by fellow ‘Golos’ MPs on Ukrainian language polices as a ‘red line’ that prompted the decision.

‘Yesterday our party leaders crossed the red line and betrayed the interests of our voters and Ukrainians. They voted for ‘russification’ (policies endorsing Russian language status) despite their promises to guard Ukrainian language and culture. This is why, we, 10 MPs, and a half of the ‘Golos’ parliamentary fraction, want to announce about forming a new group called ‘Spravedlyvist’,’ said Ustinova.

Ustinova promised that their new group will guard ‘interests of Ukrainians, and not party leaders, fraction or certain oligarchs’.

Ustinova launched a scathing attack on ‘Golos’ party leaders who ‘betrayed the values’ declared before the elections and are now failing ‘to represent interests of over the half of rank-and-file party members and MPs’.

‘We find it unacceptable when our party supports unlawful redistribution of the Ukrainian capital lands, and this is what ‘Golos’ representatives in  Kyiv council are forced to do. They are stealing parks, playgrounds, sport fields instead of standing up to developers… We find it unacceptable to disrupt anticorruption institutions. And this is what our party leaders has crafted a draft law for – to strip National Agency of Corruption Prevention its authority to inspect finances of parties… for there have been concerns over spending of the funds by our party leaders,’ stated Ustinova.

The fraction of ‘Golos’ MPs has a long history of internal rifts that opened after Svyatoslav Vakarchuk stepped down from his party leadership in March 2020.