Ukraine’s Prosecutor General office states that 148 children have been killed since the beginning of Russian invasion.

These figures are not final, as it is currently impossible to conduct investigations, inspect the areas of shelling and destruction in places of active hostilities and in the temporarily occupied territories, such as Mariupol, and areas in Kyiv, Chernihiv and Luhansk regions. 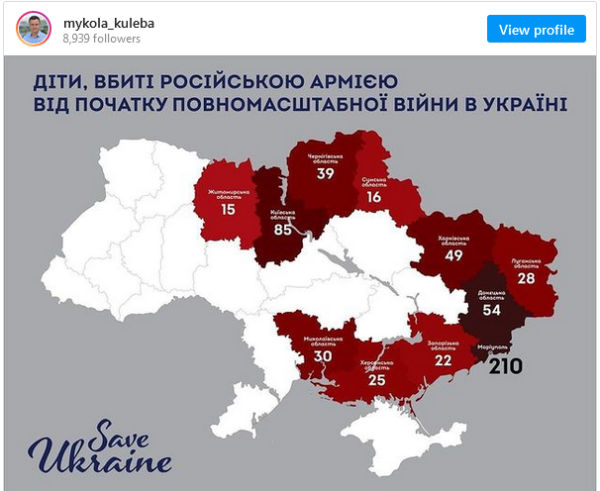