According to the latest update, 2 children were among 18 people killed after Russian missiles struck a 9-storey building and a recreational center in Belhorod-Dnistrovysky district in Odesa in early hours of this morning, said Ukraine’s presidential advisor Kyrylo Tymoshenko in an update on the stike update. 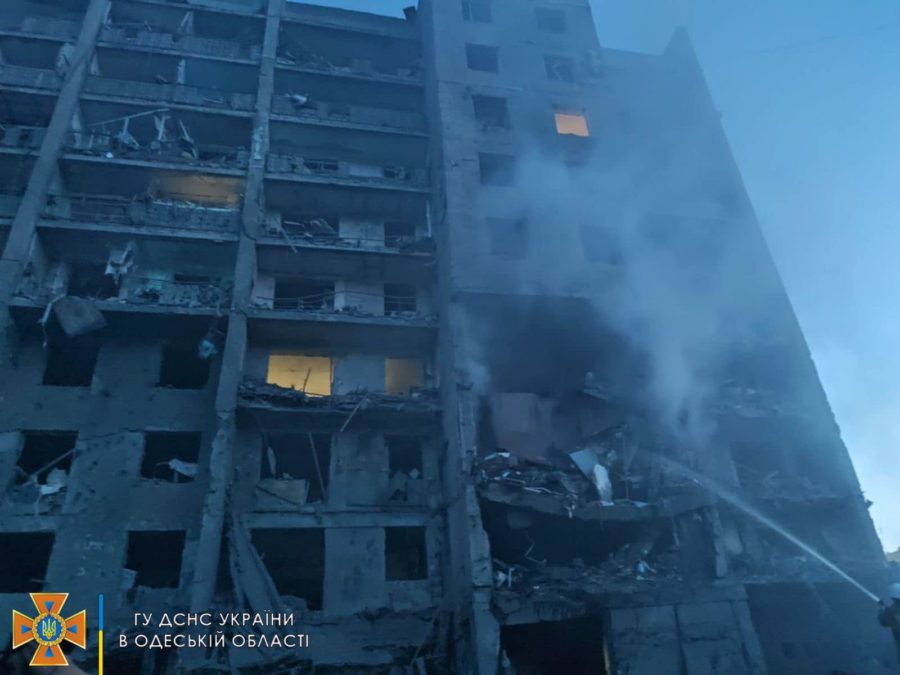 ‘Terror is common tactics of Russia. At first, they cover up their crimes by ‘a good will act’  [talk], and then launch rocket strikes targeting our peaceful towns,’ wrote  Tymoshenko.

The earlier report released by Ukraine’s emergency service said the strike led to collapse of the building façade  spaking a fire.

The initial death count stood at 14 with 30 more people suffering injuries. Meanwhile, an attack on a recreational center in the suburbs killed 3 more including a child. The latter attack hit two buildings on the premises.

Rescue operation is underway at both sites.