Most Ukrainian citizens have no doubt about the fighting capacity of country’s army and are convinced the Armed Forces will be able to repel Russia's attack in the event of a full-scale invasion.

The latest poll by sociology group ‘Rating’ has shown 64% of respondents are sure Ukrainian army will be able withstand the attack of Russia.

The number of those who are positive about the combat capability of the Ukrainian army is growing with 32% of respondents who are not sure, and 4% who cannot answer this question. 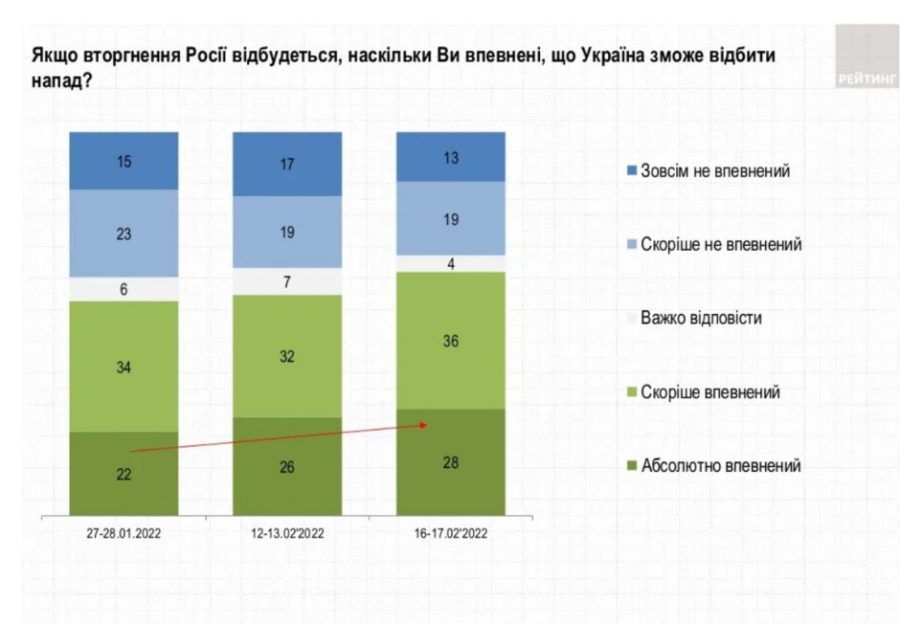 The opinion of the respondents differs by regions and electoral sympathies. In the western and central regions of Ukraine people believe more in the country’s defense capabilities than in the east.

As for the electoral division, the supporters of the ‘European Solidarity’ and ‘Syla i chest’ parties are the most confident – 85%, while pro-Russian ‘Nashi’ and ‘Opposition Platform for Life’ followers show the lowest respect to the Ukrainian army. 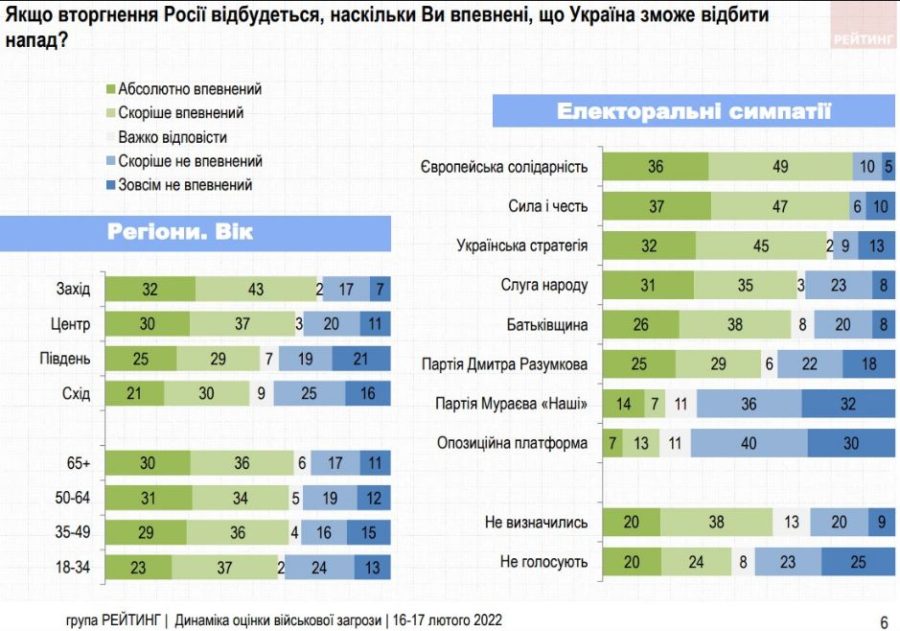 The poll was conducted on February 16-17 and involved 1722 people from all regions of Ukraine.