31 years ago Ukraine voted for Independence

On December 1, 1991, Ukraine held a referendum regarding country’s independence.

On that day, 90.32% of Ukrainians supported the idea of Ukraine’s sovereignty. 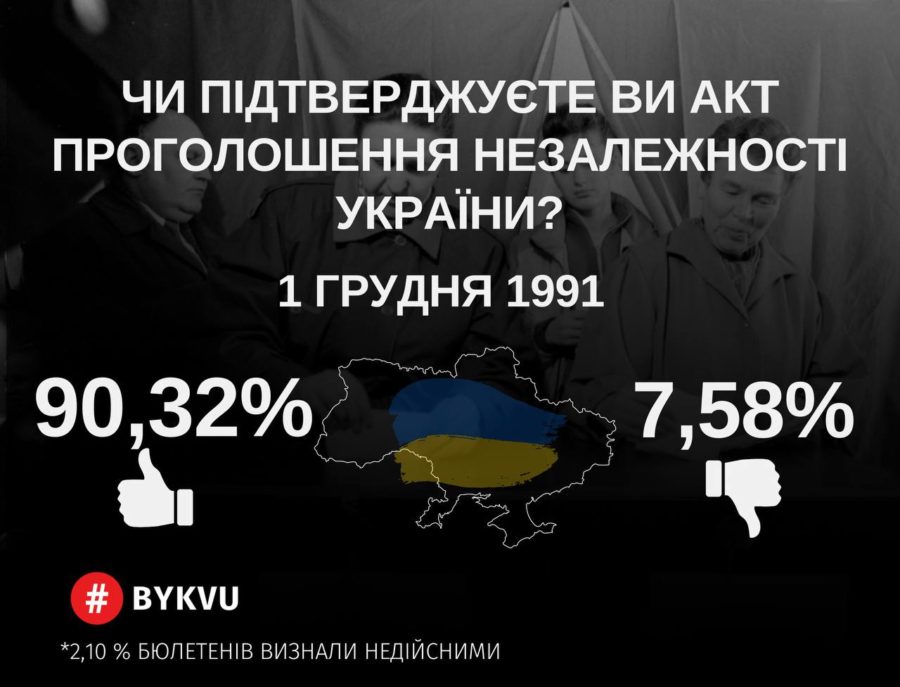 About 32 million people, which made 84% of country’s voters, took part in the referendum.

The referendum was held in order to neutralize the political speculations of the opponents of Ukrainian independence that the people of Ukraine allegedly did not support the Act of Independence.

On December 2, 1991, Canada and Poland became the first countries to recognize Ukraine’s independence.

A week later, the Soviet Union officially ceased to exist.