5 injured after explosions at Russian military airbase in Crimea 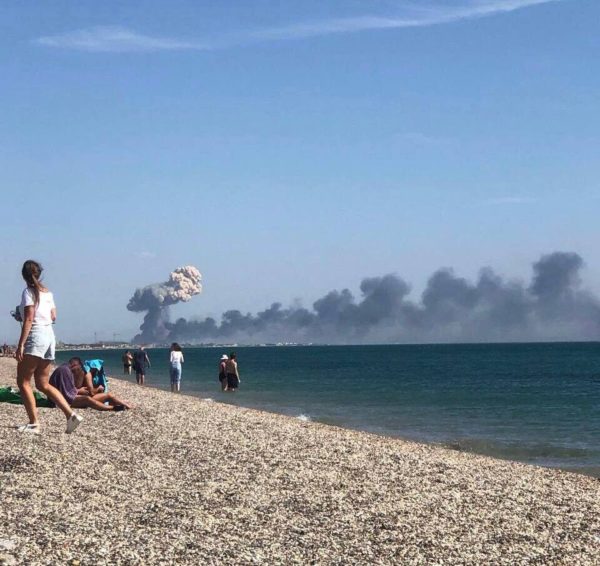 Several blasts were reported at the Russian military air base in Novofedorivka, Crimea on Tuesday.

The Russian official mouthpiece TASS posted the statement on Telegram, saying ‘the Association of Tour Operators of Russia said that the explosion in the Crimea occurred far from the resort area. There were no casualties or injuries among the tourists.’

Advisor to the Crimean government head, Oleh Kruchkov,  confirmed the explosions but failed to comment on their possible cause.

The Russian-installed governor Serhiy Aksenov soon reported he had rushed to the airbase site and that the “circumstances are being clarified”.

According to witnesses, at least 10-12 explosions camed in the course of a minute triggering sparks and sending clouds of white smoke. The emergency teams are still working on the site.
There was no official response from the Ukrainian officals.
The early media reports emerging later in the day said the blasts had been caused by detonated aviation ammunition.
In the latest update, Crimean health miniser Kоnstantin Skorupsky said five people were injured following the explosions.