He added that Russia’s shelling of civilian objects wounded 21 locals.

Since the beginning of the full-fledged war, 583 civilians have been killed and 1517 wounded in the region. This number does not include the casualties in Mariupol and Volnovakha as it is impossible to assess them now. 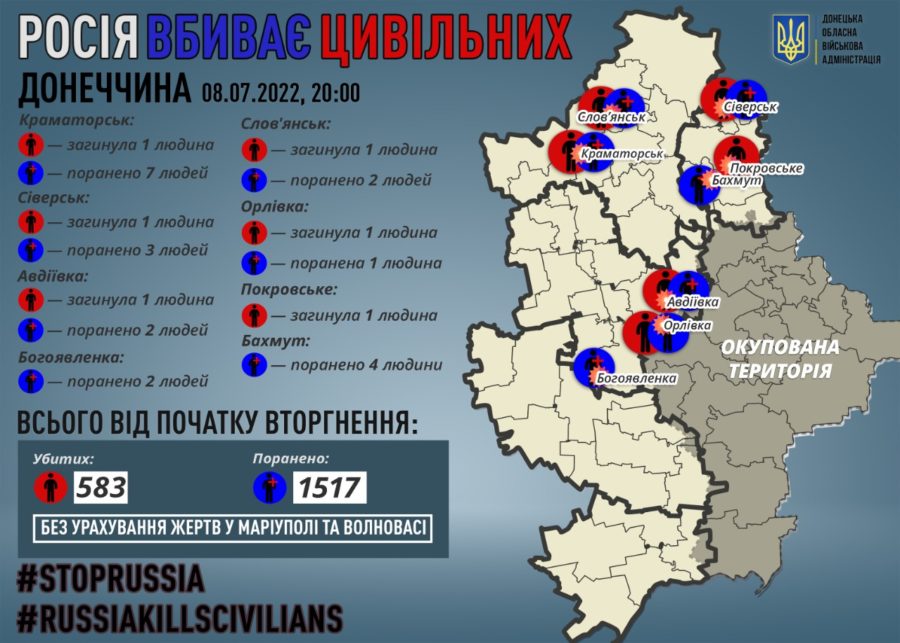