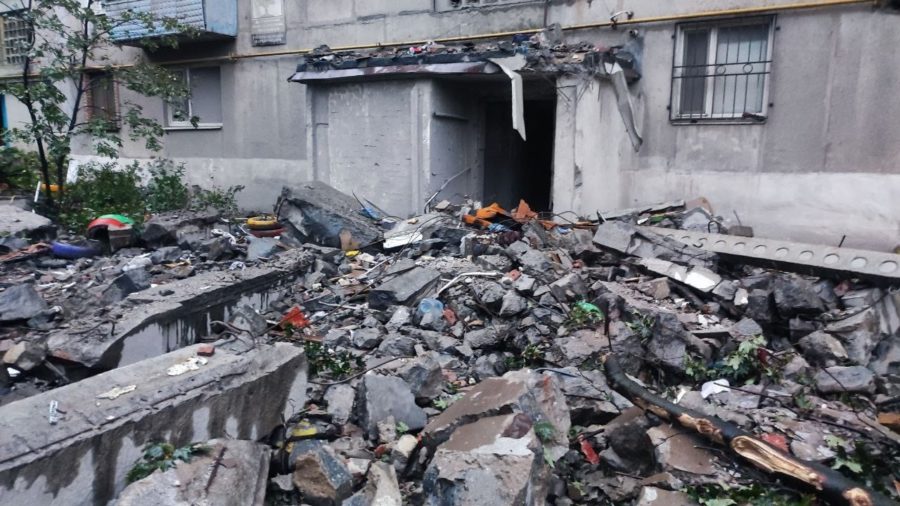 Only one person got injured  as ‘considerable human victims were avoided as the most of the residential building resident evacuated – only 10 of apartments had dwellers out of 53,’ said local governor Pavlo Kyrylenko.

He urged people in Donetsk area to evacuate to save the lives.

‘Don’t take it lightly! Evacuate- we are giving this opportunity for absolutely free,’ wrote Kyrylenko. 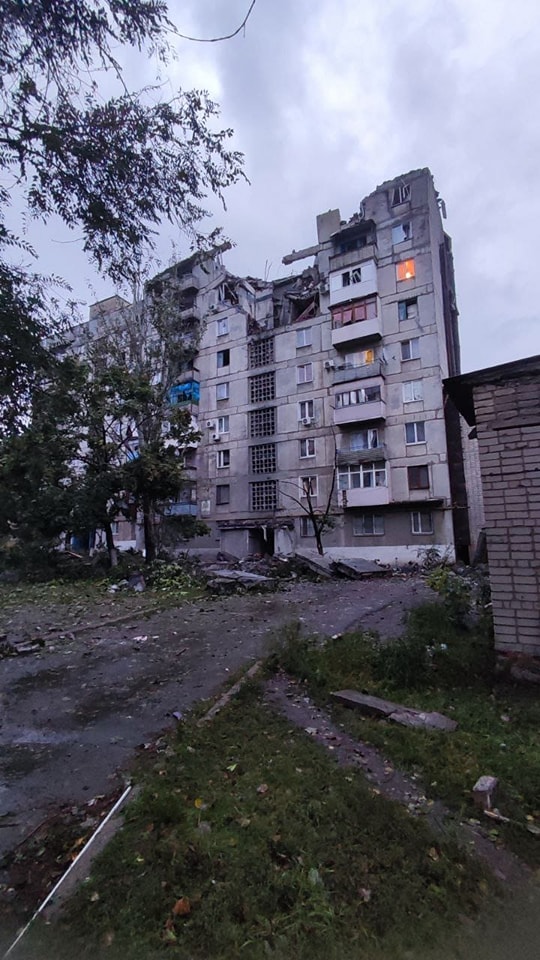