Kyiv international sociology institute has revealed the results of their latest opinion poll.

The poll showed that 92% of Ukrainians have a negative attitude to Russia while 2% still have a positive stance towards the invading country.

Three month ago, before the beginning of Russia’s full-fledged war against Ukraine, 34% of Ukrainians had a positive attitude to Russia. At the same time, the sociologists noted that was rather the positive attitude towards simple Russian people, not towards Russian Federation as a state. 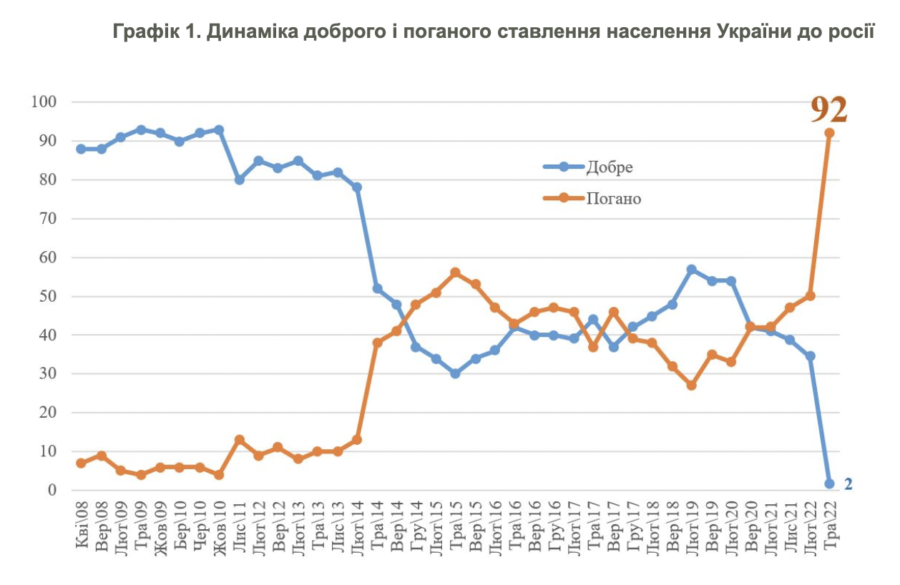 The latest poll has shown the dramatic change in the attitudes of those who were earlier positive to Russia. 80% of them have changed their mind since the beginning of the war.

Among those who did not have any clear attitude to Russia before the war, 97% are now have a negative stance.

Moreover, the negative attitude to Russia has become characteristic to all regions of Ukraine. 90% are negative in the south and 85% in the east of Ukraine compared to 45% and 53% of positive attitude in these regions before the war.