The protest that gathered dozens of people called for sanctions against NASH TV station. 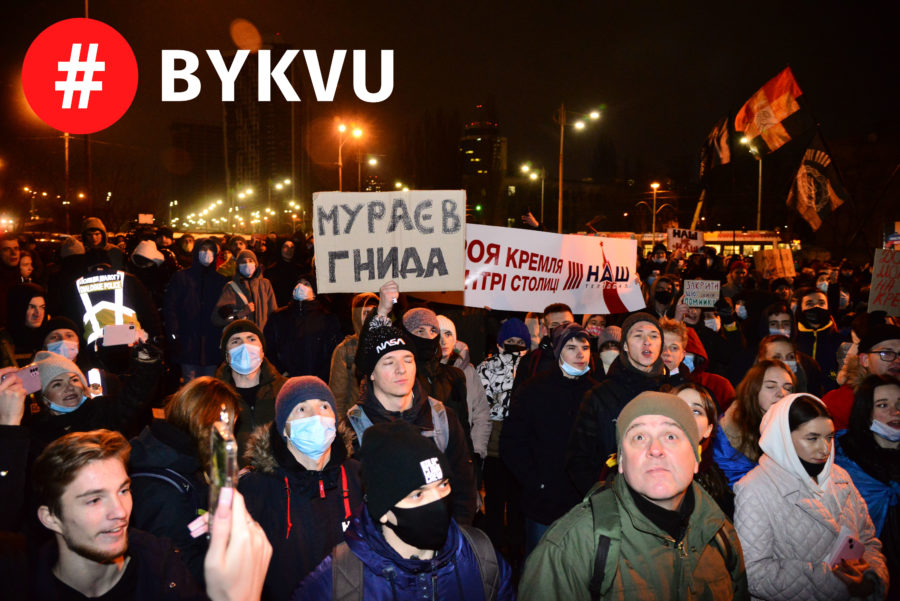 The media organization is the ‘information warfare tool’ used by Russia against Ukraine, said the protest organizers. 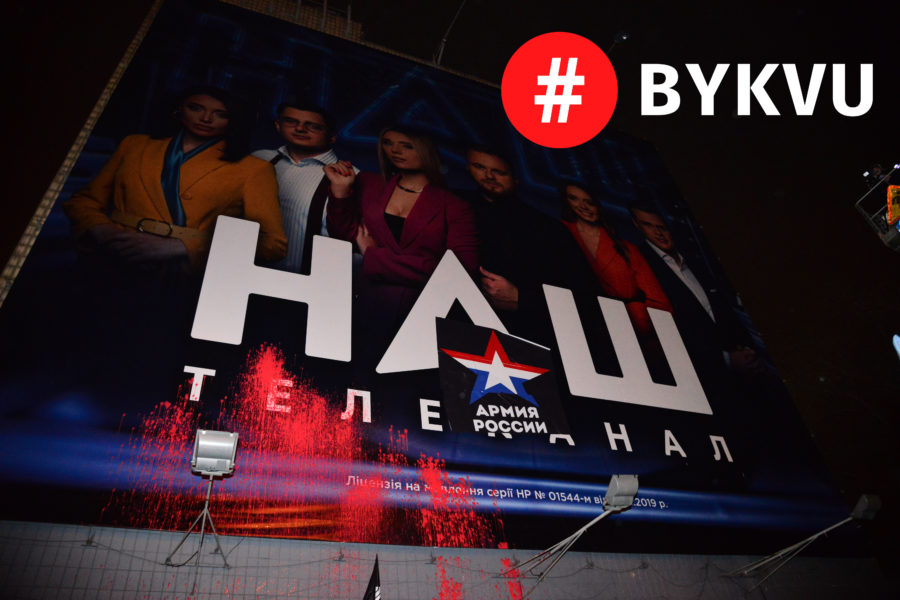 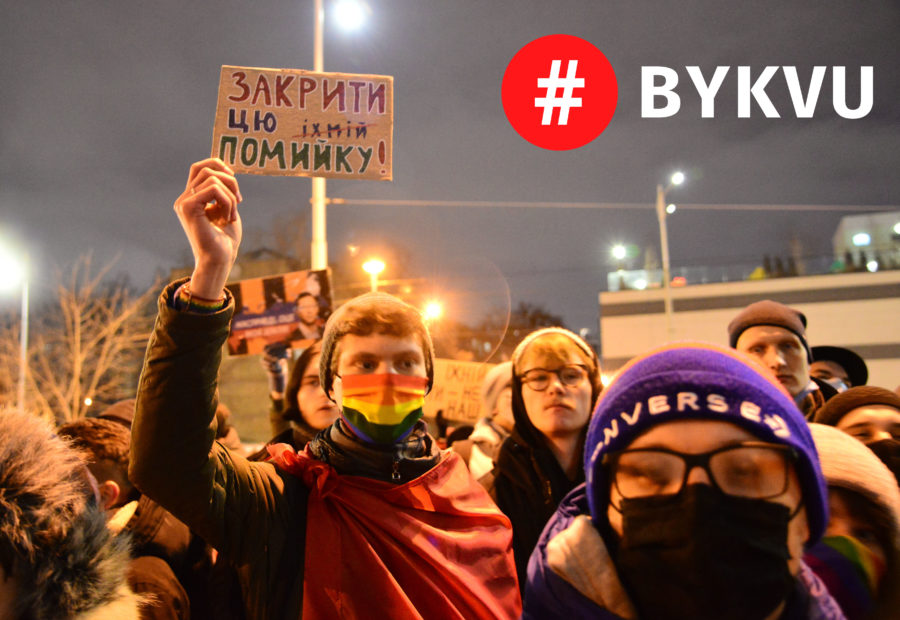 Nash TV channel came under scrutiny after British officials alleged its owner, Russia-leaning politician Yevhen Murayev, could be the Kremlin’s pick for a role of puppet government after its invasion in Ukraine. 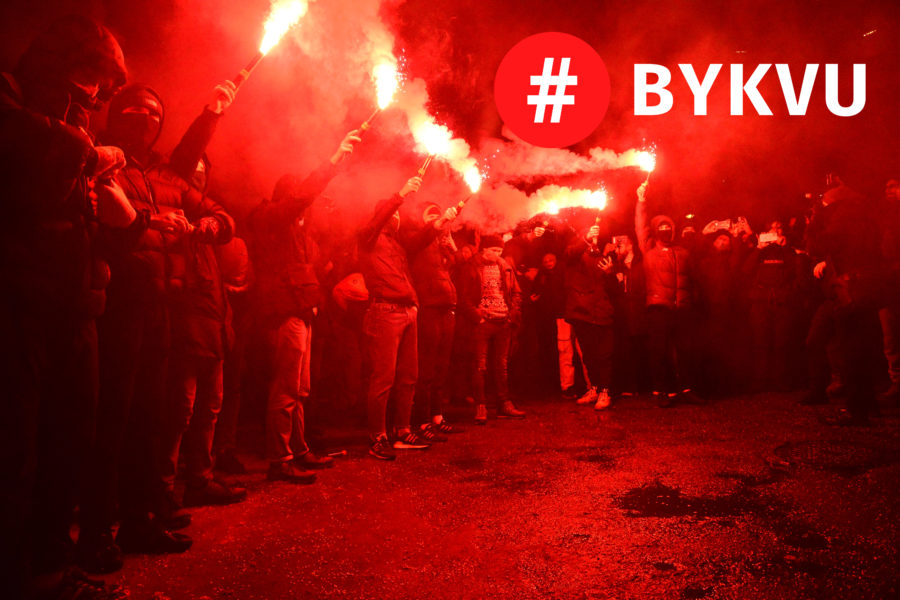 Protesters called on media regulator to pull the plug on Murayev’s TV channel license and sanction the politician for his anti-Ukrainian activities. 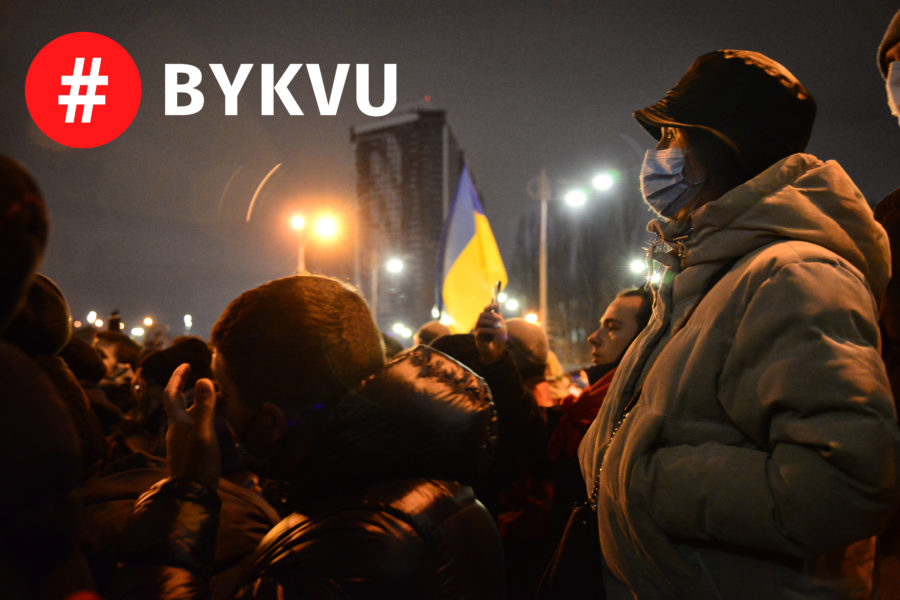 There were small verbal confrontations between the protesters and Nash TV staffers who complained over disturbance.