Ukrainian architects share their frustration over the new policy #5655 that threatens 'architect's profession' and plays into hands of real estate developers. 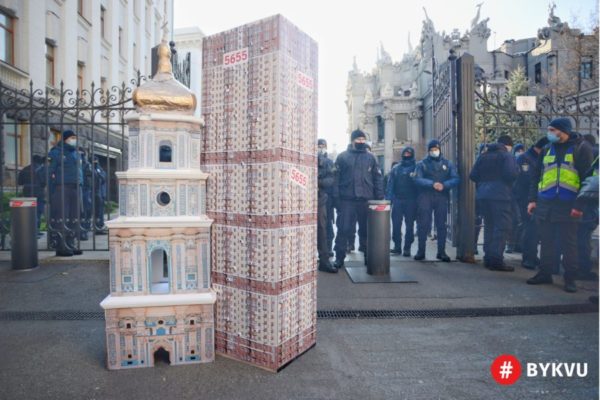 Dozens of architects gather in Kyiv centre to protest  the controversial updates to city construction law #5655.

The law that passed its first reading in July can see design work copyrights protection seriously  crippled and has been  tailored, as many designers complain, to meet demands  of real estate developers and constructors who lobbied this policy. 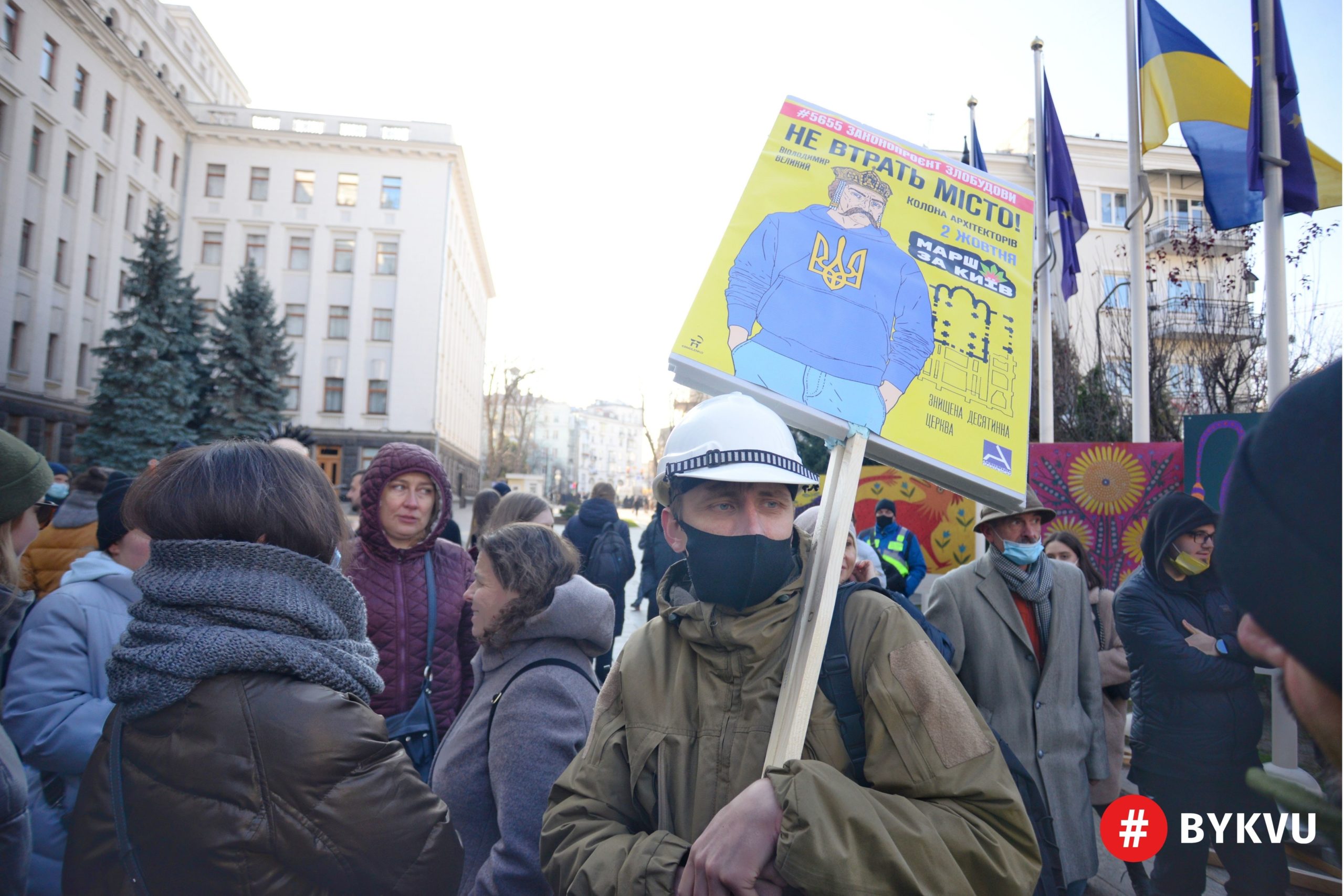 The updates that passed first reading earlier this year are also called over numerous ‘corruption risks’ that will eventually hamper  decentralization reform as regional architectural agencies will be  stripped of the big share of their authority in permits and design planning.

The rally brought together several dozens of protesters and was marked by a minor scuffle after the crowd tried to get closer to the president’s official residence. 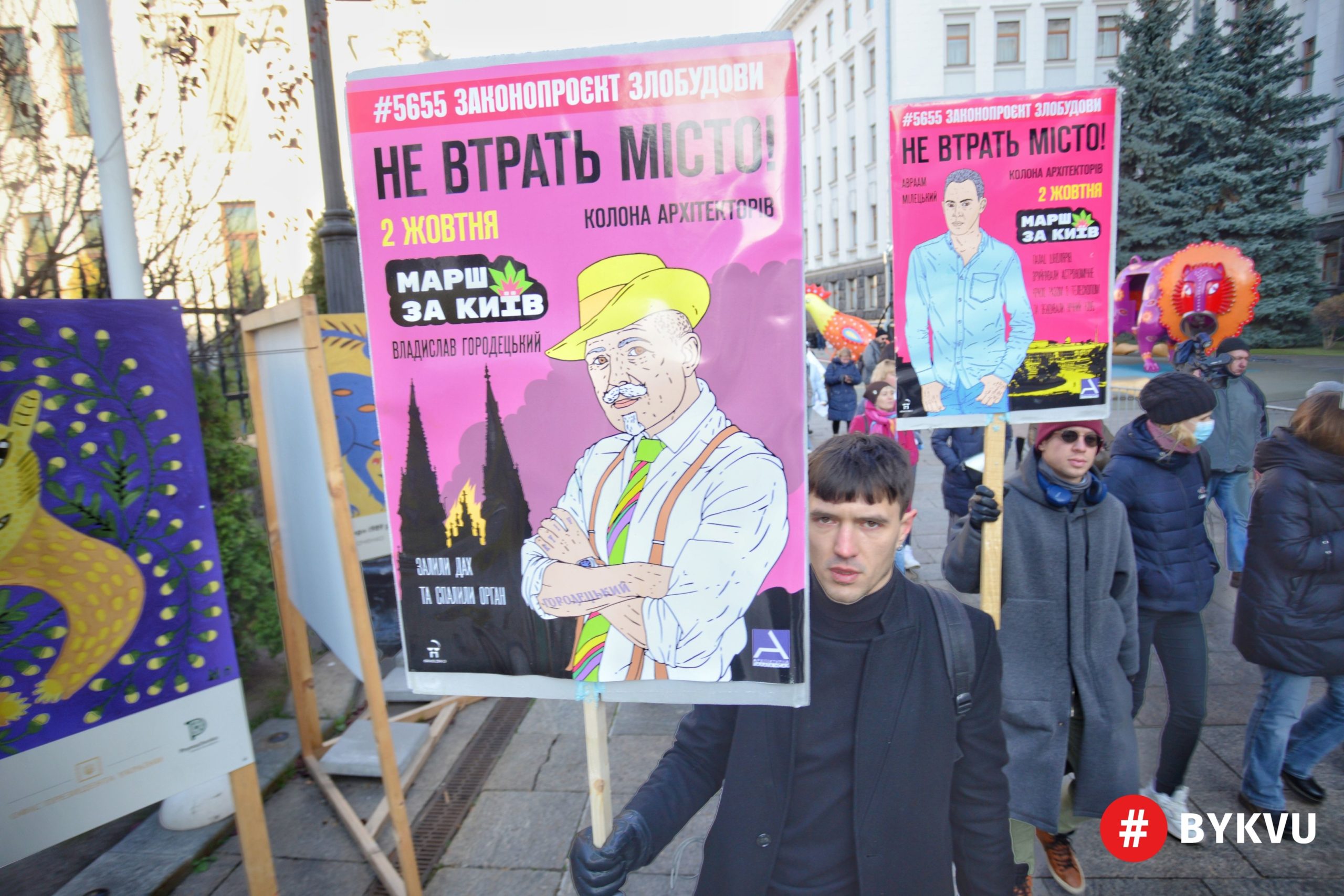 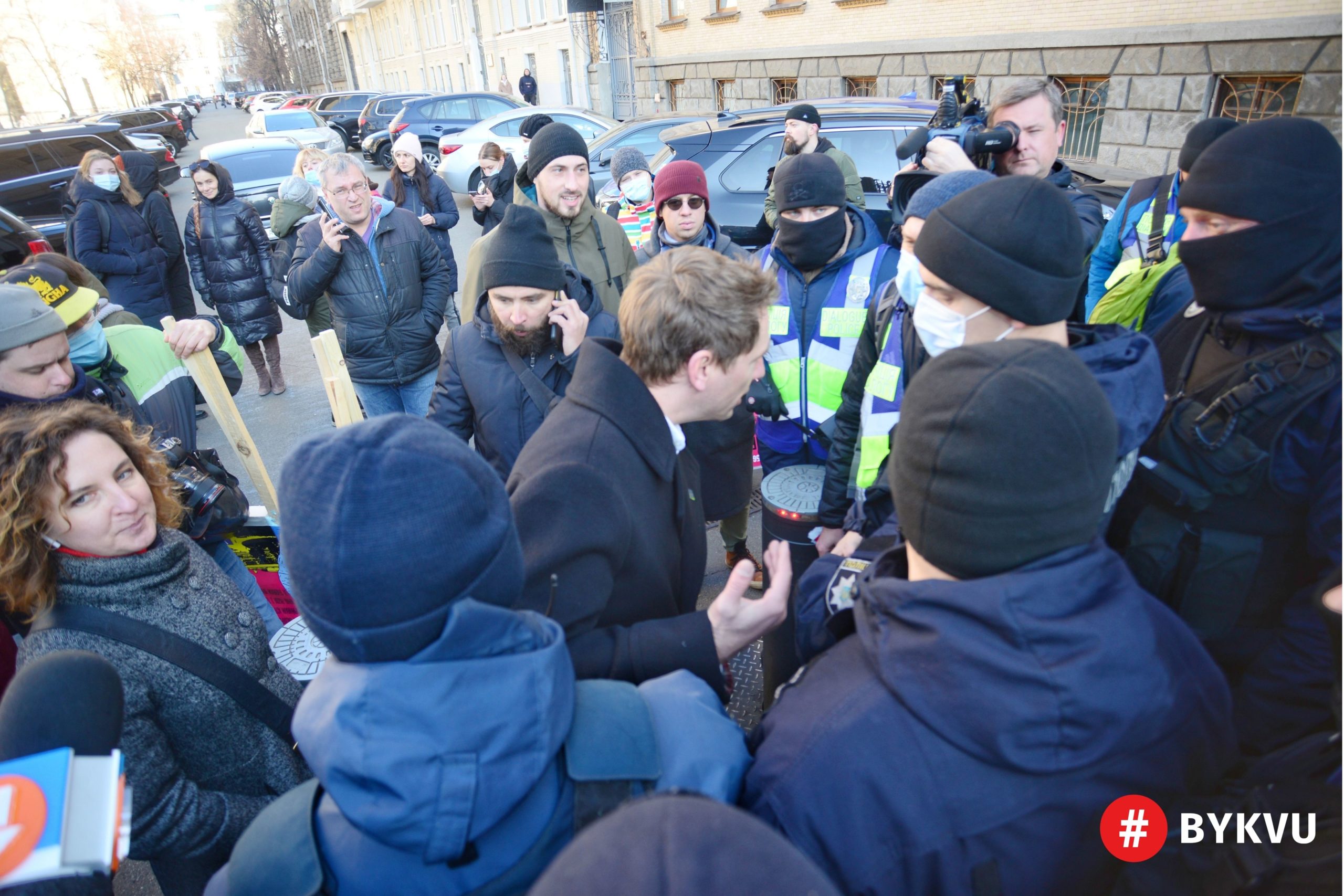 The protesters carried signs and placards and put up for display mock copies of landmark Kyiv cites. 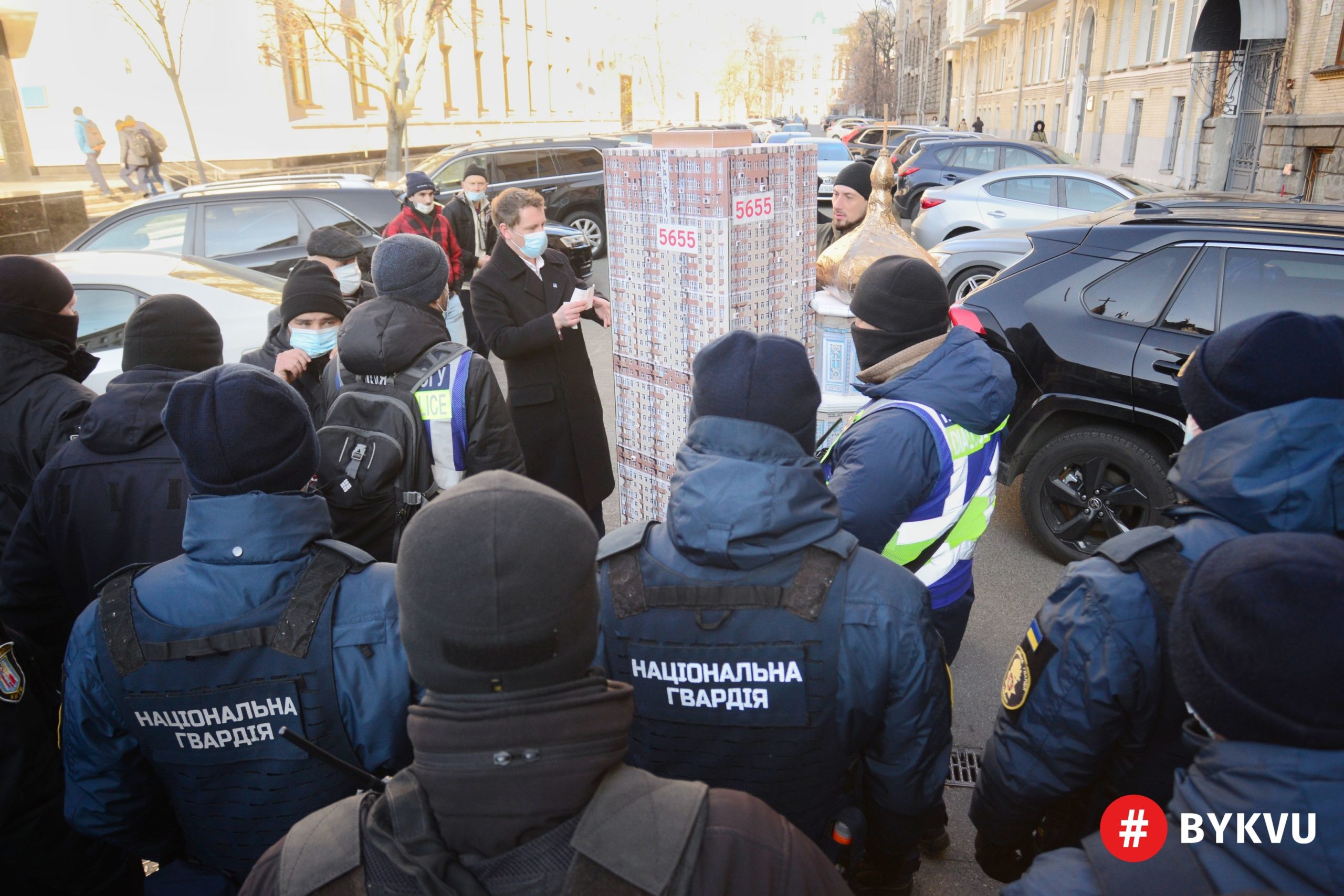 The similar solidarity events were organized by architects in 17 cities across Ukraine.