‘Bukvy’ managed to establish the identity of the person who initiated the attack on Oleksandr Kuzhelnyi.

On Saturday, August 14, ‘Bukvy’ journalist Oleksandr Kuzhelnyi was reporting from a rally ‘Stop the capitulation’, which brought together different nationalist groups to protest against recent repressions targeting Ukrainian nationalists and betrayal of Ukraine’s interests. When the rally ended, Kuzhelnyi was surrounded and assaulted by a group of angry protesters who demanded the ‘Bukvy’ reporter to delete all the photos he had taken at the event.

‘I  just walked 100 meters, and somebody called me. I looked around and there was a guy catching up with me. He asked what I had been photographing, demanded I delete the photos. Some other guys came up, surrounded me. I tried to leave .. they followed demanding I take out my phone to delete the photos. I told them I was a journalist, I was reporting’, Kuzhelnyi told.

‘Bukvy’ have photos from the scene. Kuzhelnyi recognized as the initiator of the attack a man in red shorts and a black T-shirt with the ‘Fighters Brotherhood’ print. His voice can be heard on the video shot by the attackers. 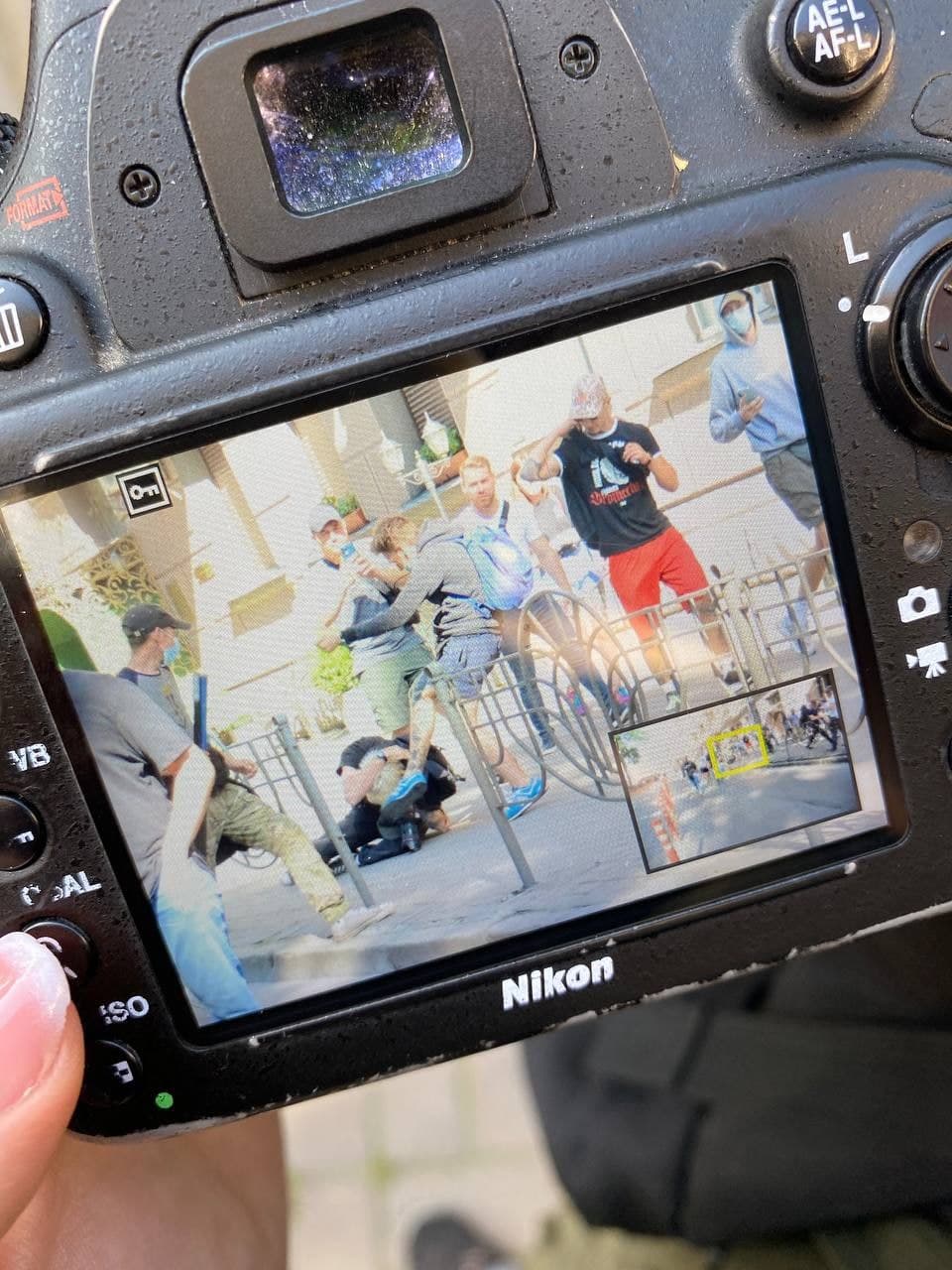 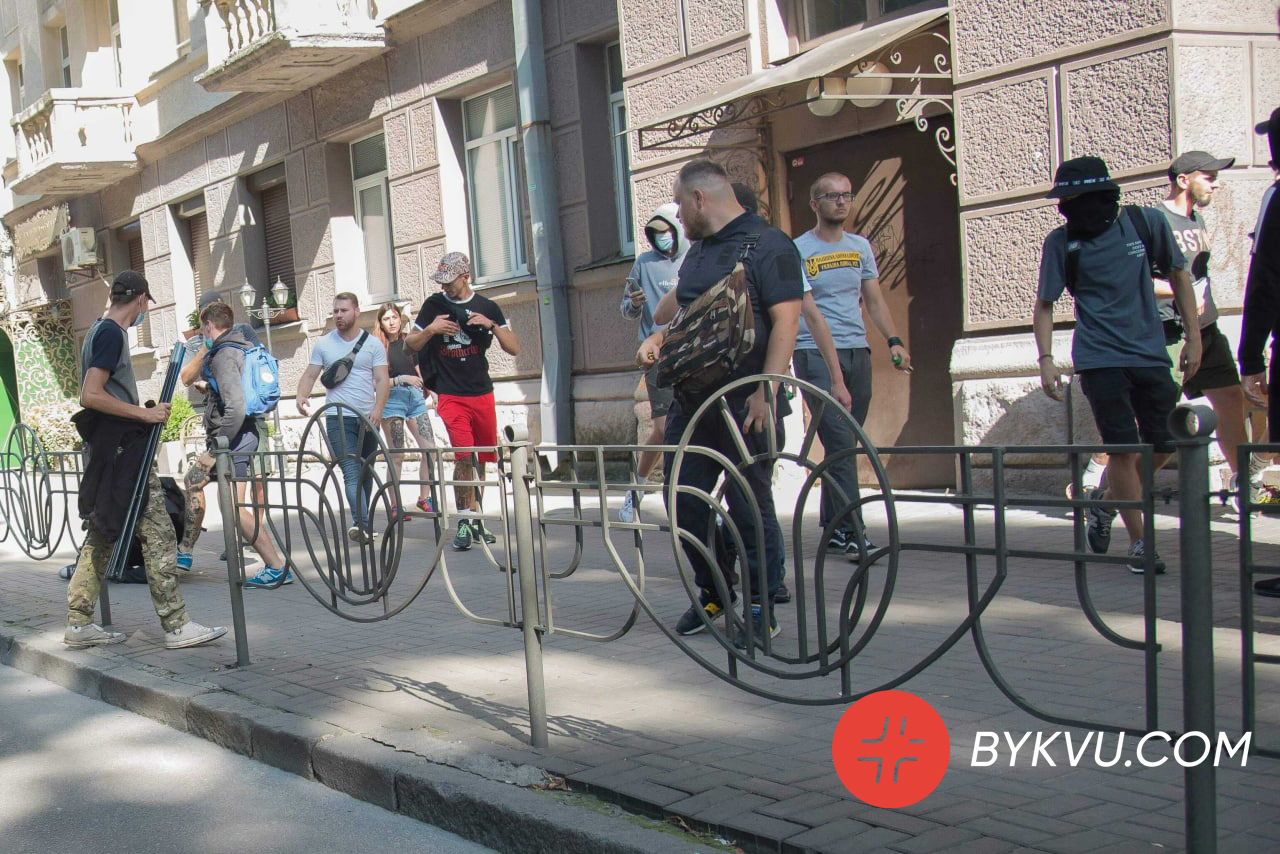 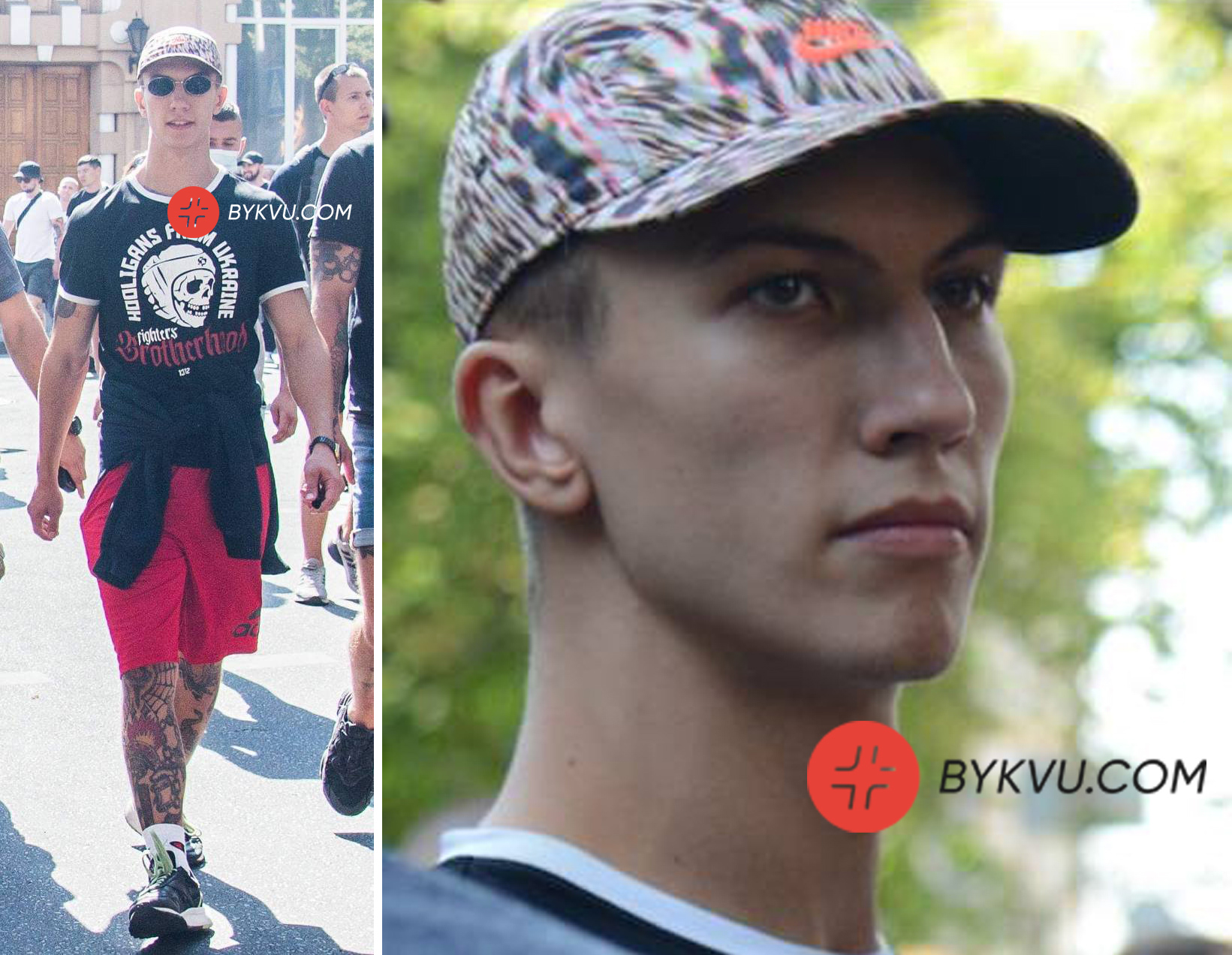 ‘He played a major role in the situation. It all started with him because he called me from behind. I turned back; he ran up to me, the others were already with him. He threatened me more than others and demanded to delete the photos’, the reporter states.

‘Bukvy’ has identified the man.He is a 20-year-old fan of Lviv FC ‘Karpaty’ Vitalii Horodyskyi.He is also known as Vitalik ‘Blogger’. 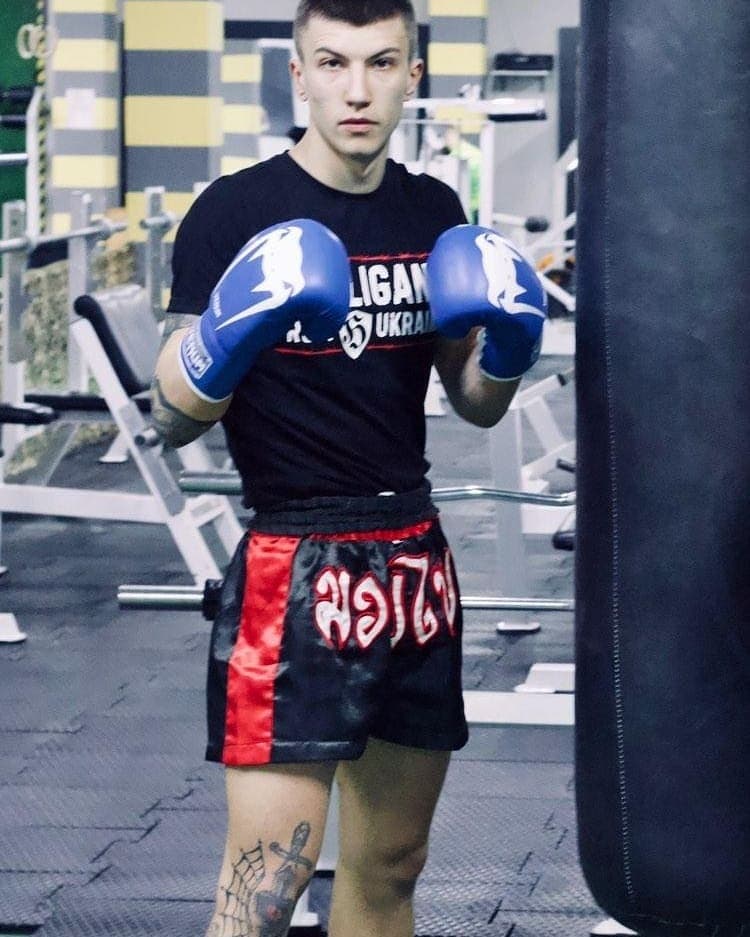 The profile description shows the page of the ‘Underground Fighters’ club and related ‘Fighters Brotherhood’ store, in a T-shirt of which Vitalii was on the day of the attack. 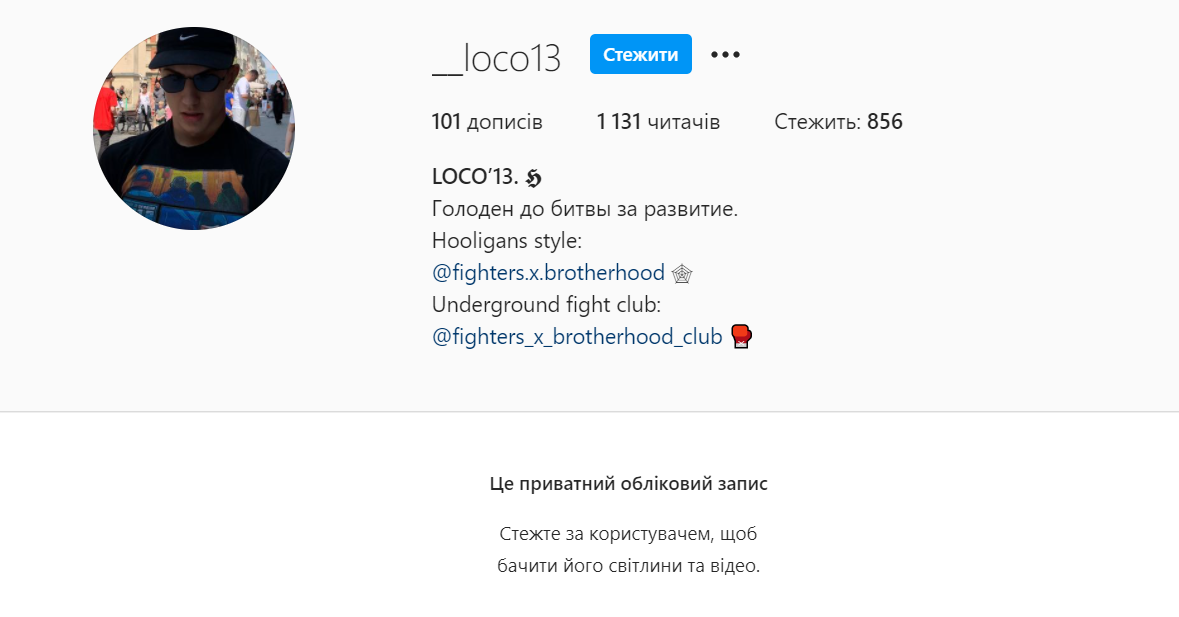 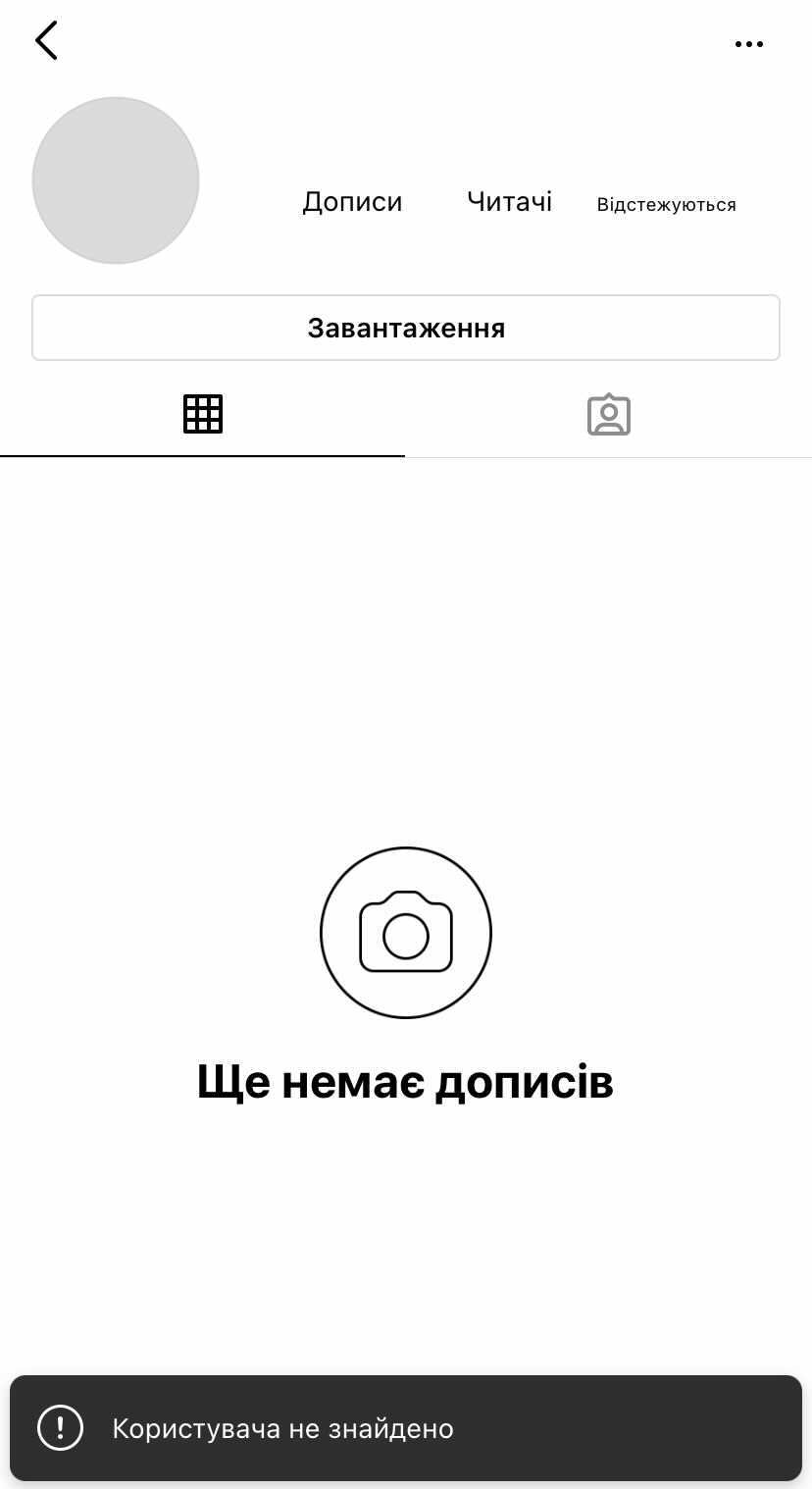 Kyiv police are investigating the case. On August 15, they declared the suspicion to two persons. The attackers are Lviv residents, born in 2001 and 2004, also Lviv FC ‘Karpaty’ fans. The leader of the ‘National Corps’, Andriy Biletsky, persuaded them to come to the police. Later, the attackers apologized to Kuzhelnyi.

According to ‘Bukvy’ information, at the time when the attackers came to the police station on August 15, they were not even declared wanted.

The suspects told police the details of the attack. After that, again, nobody was declared wanted.

In connection to this, journalists are forced to do the work of law enforcement agencies and search for those involved in the attack. Currently, ‘Bukvy’ together with the leader of the ‘National Corps’ Andriy Biletsky continue to identify the attackers.

The editorial office has established the names, telephone numbers and bank accounts of Vitalii Horodyskyi’s family members, who may provide a hiding place for him.

For security reasons, we are not publishing their personal data. This information will be passed to the police.

In particular, ‘Bukvy’ published an investigation in which they analyzed the activities of bots on Facebook, working in the interests of former Prime Minister Volodymyr Groysman.

Following the publication, the Facebook administration exposed a network of bots linked to MP Andriy Derkach and ex-PM Volodymyr Groysman.