‘Away with the Russia’s mole!’, Protest at president’s office marks a year since Wagner operation leak scandal

On this day last year,  Ukraine was rocked by revelations about  alleged leaks from Zelensky’s top officials that led  Ukraine’s intelligence operation failure.

On Thursday, protesters gathered at the president’s office in Kyiv to mark the date the leak scandal broke out.

Protesters called for investigation on ‘pests’ who work alongside Zelensky but act against Ukraine’s interests.

‘We suspect that a Russian mole in the close circle of the president has leaked information on Wagner mercenaries capture plan and lots of other sensitive information… He brought in to the president’s office lots of spiteful Russian rats, and this place calls for cleansing’, said one of the protest organizers Oleksandr Makhynya addressing the crowd. 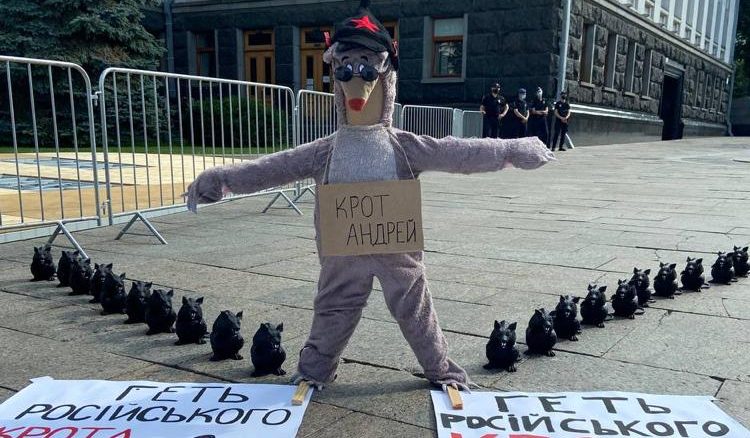 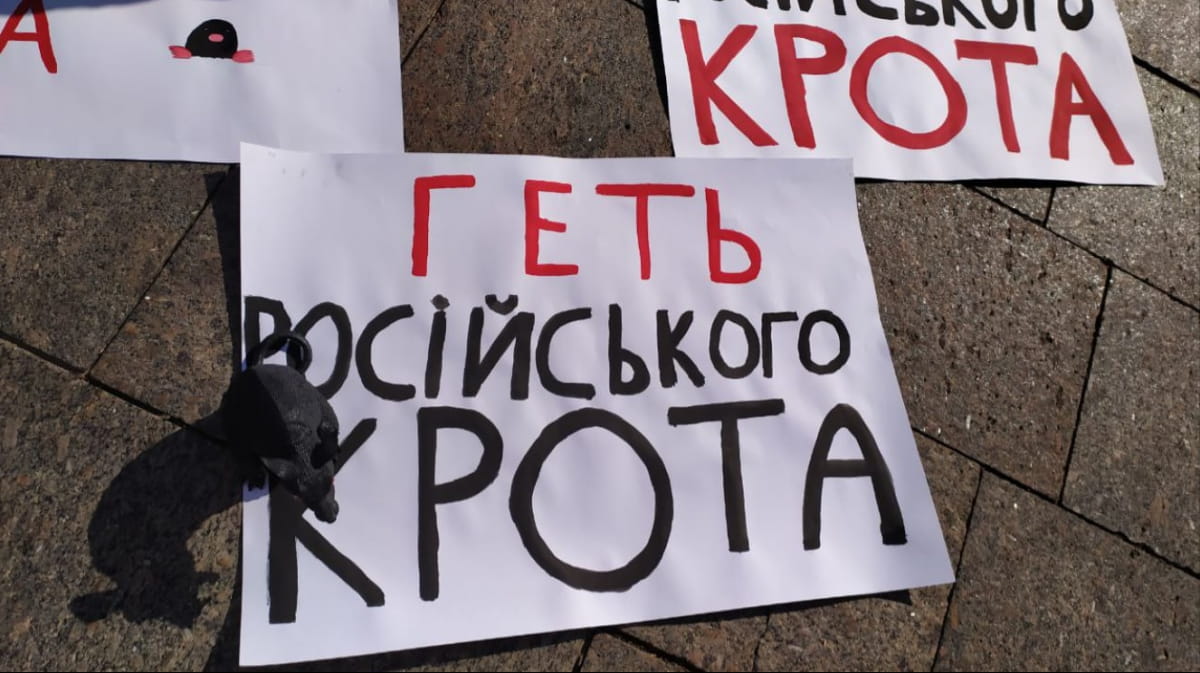 ‘By showing this ‘mole Andrey’ and [calling out] these ‘pests’ we would love to show and tell Zelensky that he is surrounded by moles and rats. We call for the president’s office to remove those pests from the administration’, added Mikhenya.