‘Baby, I’m writing nearly from beyond the grave’, – wife of Ukrainian soldier about situation in Azovstal 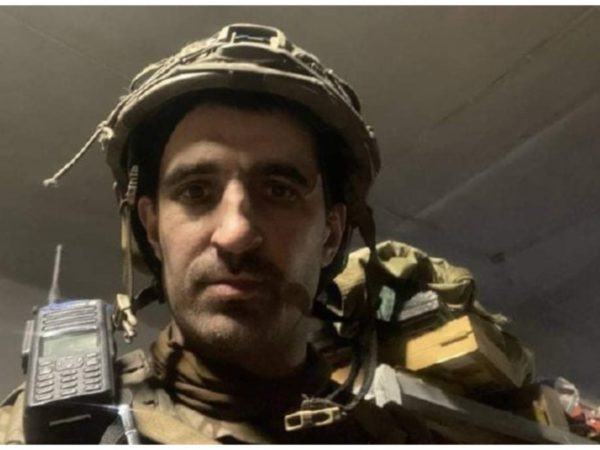 Natalia Zarytska, the wife of one of the Mariupol defenders, said in an interview to ‘Velykyi Kyiv’ media outlet that she had last spoken to her husband on May 7.

Natalia quoted her husband’s words, “Baby, I’m ok. Alive and kicking. Unfortunately, this is the only good news. I’m writing nearly from beyond the grave. The circle around the Azovstal is tightening, we retreat’. 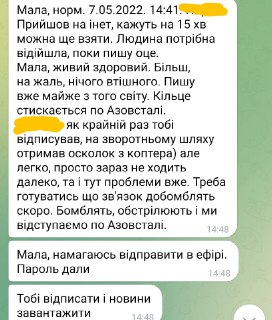 He asked to help his mother and added that the UN and the Red Cross are interested only in civilians.

‘We are not people for them, but garbage, people of the second or third sort.’

According to him, the soldiers are dying in Azovstal of minor wounds because they do not have the necessary medicines; they are operated on in the dark. 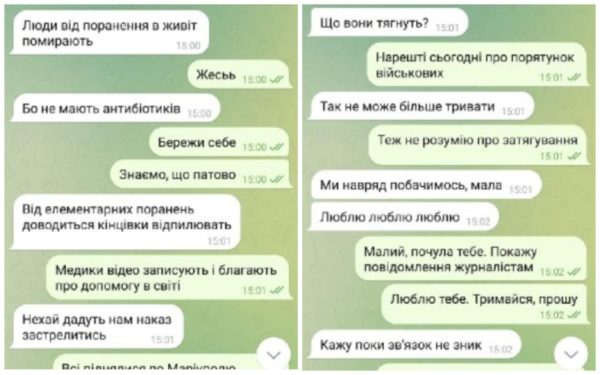 ‘I wrote to president Zelensky, Olena Zelenska, and PM Shmygal. I wrote to Oleksiy Arestovych. He did not even read my first messages in March. None of them reacted’, Natalia says. 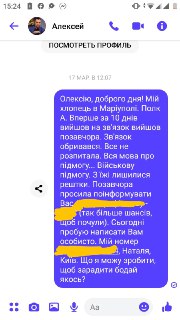 Natalia doubts that there are real actions to save the heroes of Mariupol.

‘More than 70 days have passed. Where is the Geneva Convention, why is the extraction procedure not applied?!’

Natalia says that she communicates with the mothers of four soldier and they are in touch with other relatives, so they have a kind of a network.

When they gathered for a rally in Kyiv center, the police asked them to go away arguing rallies are not allowed during the martial law. 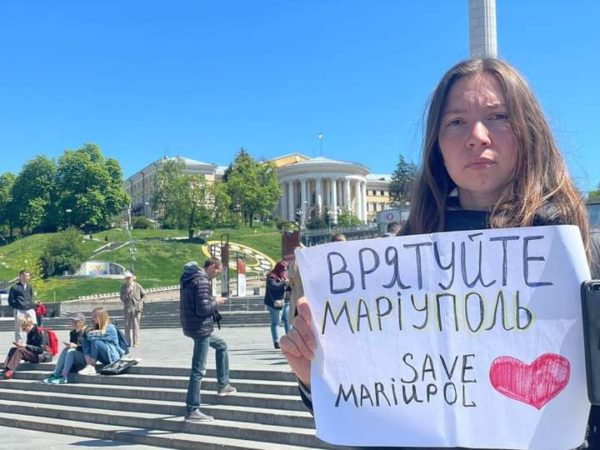 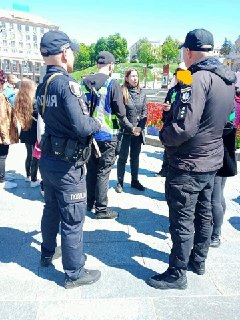 Natalia’s husband says Ukrainian soldiers are not going to surrender. ‘There will be no such gift for the enemy’, he claims.

Now, according to her, he has lost 20 kilograms, turned yellow, his eyes have changed.

Yet he is still strong in spirit and body.

Natalia continues to believe that her husband and his brothers-in-arms will return home alive.

‘Our guys are made of steel; they are not scared to die. They say it is scary that such horrors are possible in the twenty-first century.’