The 5th Ukrainian president Petro Poroshenko tops the list of Ukrainian politicians with the most successes in foreign policiies.

3 in 4 respondents (75 votes) favored the 5th Ukrainian president Petro Poroshenko, the figure that set him far ahead of another former president  Leonid Kuchma who was ranked second claiming  14 votes of the poll. 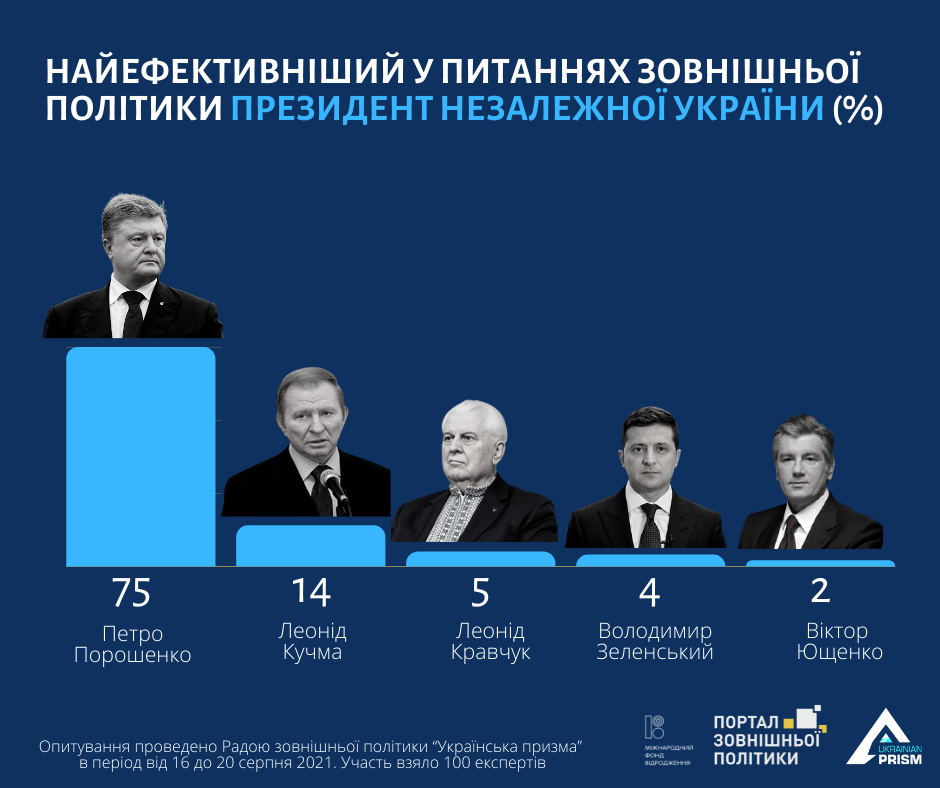 Leonid Kravchyk and Volodymyr Zelensky came trailing far behind with 5 and 4 votes respectively that landed them in the 3rh and 4th place.

Viktor Yushchenko’s accomplishment in foreign policies garnered him only 2 votes.

The EU- Ukraine association deal topped the list of Ukraine’s biggest achievements  on the world arena  with the highest score of 45 votes. One in four experts (24 votes) passed on it to favor a free-visa agreement.

Notably, both diplomatic successes date back to the time of Petro Poroshenko’s presidency.

The survey also ranked performance of Ukraine’s foreign ministers. The score earned Pavlo Klimkin a top place with the most votes while  Zelensky’ foreing minster Dmytro Kuleba appears to be underperforming boasting only 8 votes.