BlaBlaCar launched ad with map of Ukraine without Crimea, company representatives say ‘it is a mistake’

After an ad with a map of Ukraine without Crimea, BlaBlaCar found itself in a scandal; the company has already commented on the incident.

The scandal burst out after Facebook user Oleksandr Ostapa drew attention to the BlaBlaCar ad on Google, in which the company used the map of Ukraine without the Crimean peninsula.

Ostapa posted a screenshot on Facebook, tagged BlaBlaCar and asked the company about Crimea belonging. He was surprised that no one had paid attention to this advertisement before.

After a while, BlaBlaCar responded and assured that the map of Ukraine without Crimea in the company’s advert was a mistake.

‘It is a mistake, and we will quickly find out why this ad appeared. Of course, the Ukrainian office of BlaBlaCar would never have made such an advertisement, as it contradicts the position of our company’, the response says. 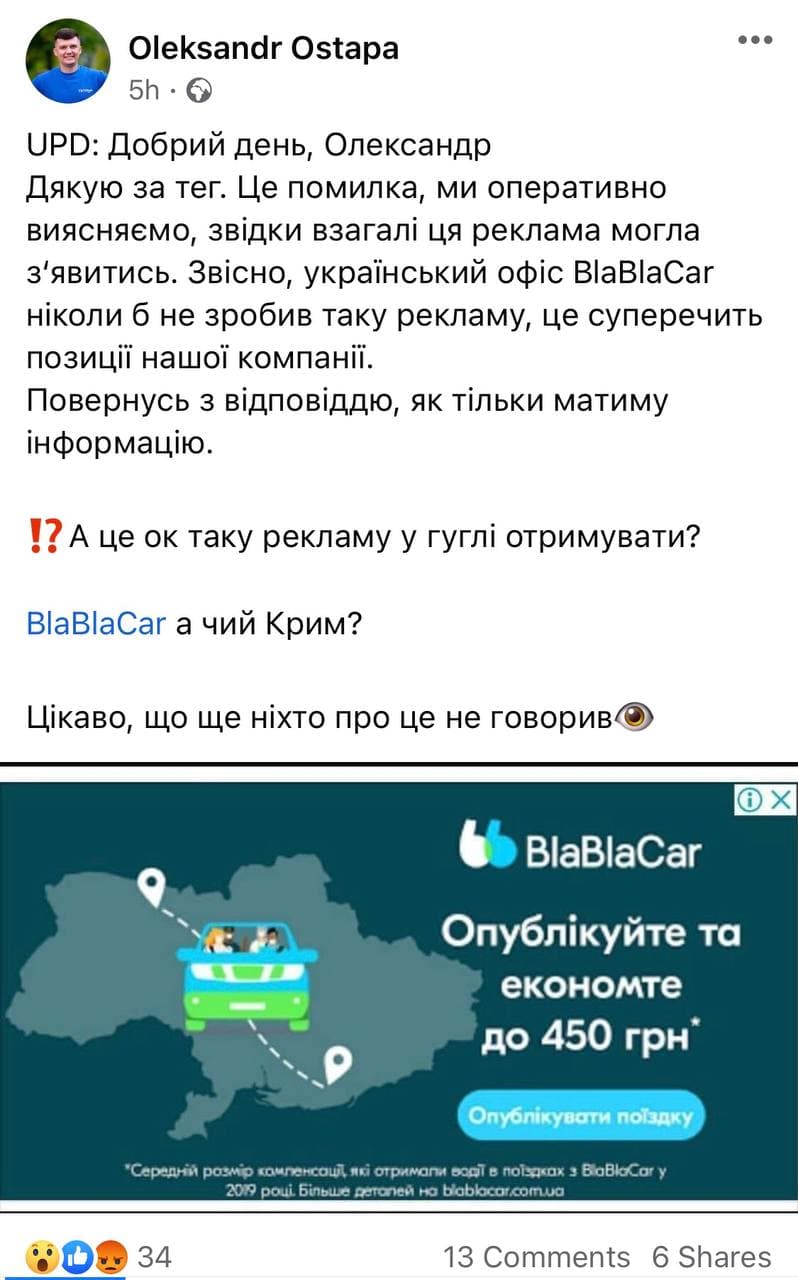 In the official statement about the incident, BlaBlaCar’s press service apologizes for the incident and claims that it was a technical error – the company did not intend to take or express any political position. They are now conducting an internal investigation to find out how this happened.

‘As an international company, BlaBlaCar has no right to raise the issue of Ukraine’s sovereignty. We always work within the legislation of the countries of our presence’, the statement claims.

The company’s press service assures that such a mistake will not happen again.