Brawls and allegations of ‘lobbying for Russians’. Profile of ‘Servant of the People’ MP Andriy Gerus 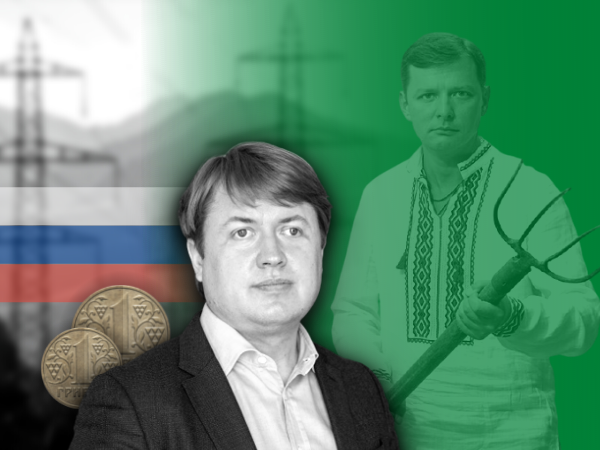 Climbing up the career ladder

A native of Novovolynsk, Volyn region, 39-years old Andriy Gerus has  a degree in economic cybernatics from Ivan Franko Lviv University and also holds and MBA from Grenoble Graduate School of Business.

His career in energy industry began in 2003 after  he joined Galnaftogaz company.  He worked in different positions at Concorde Capital since 2007 and was made its executive director in 2015.

His first foray into politics proved unsuccessful as he failed in a bid for  Kyiv council seat running as a as ‘Samopomich’ party candidate.

In 2019, he re-emerged as a member of Zelensky election campaign team where he oversaw energy, public utilities and antimonopoly issues. Becoming the Ukrainian president, Zelensky made Gerus his official representative with the Cabinet of Ministers.

Gerus won a seat in the Verkhovna Rada as  ‘Servant of the People’ party member and soon was made chair of energy and public utilities committee.

His 2020 declaration of assets shows he owns a 149 sq.m. apartment in Kyiv and three cars (Audi A6, Subary Ouback, and Volvo XC90). His wife Nataliya declared an unfinished house, two parking spaces and a Cartier ring.  She also has a 62,% stake at Ukrainska Mriya Ltd and 8% stake at Solomyansky MPZ companies.

Apart from his MP salary of 492 thousand hryvnas, Andriy Gerus earned over 2,5 million hryvnas interest on his saving accounts in different banks.

Both Gerus and his wife have 92 saving accounts.

Andriy Gerus hit the headlines in October, 2019, after his brawl with Radykalna party leader Oleh Lyashko. In the video that emerged on social media  Lyasko was seen confronting Gerus calling him ‘traitor’ and alleging he was behind the renewed energy exports from  Russia and Belarus. The confrontation escalated to a fist fight leaving Gerus with a ripped shirt and minor bruises.

“Servant of the People” MP took to Facebook to claim  ‘Radykalna party’ leader staged a provocative ‘stunt’ acting as  a mouthpiece and ‘notorious defender of [Rinat] Akhmetov [energy] business’.

Oleh Lyashko didn”t budge doubling down on his claim that Andriy Gerus was a ‘Russian lobbyist’ whose ‘treason’ left Ukraine ‘fully dependent on the aggressor-country’.

‘Servant of the People’ party leaders played down the incident with some of his fellow MPs suggesting Gerus should sign up for judo classes.

Ukraine’s chief prosecutor Ruslan Ryaboshapka warned the story could have serious implications for the ‘Radykalna’ party leader arguing the attack targeted the state official which can ‘prove costly’ for Lyashko and involve ‘stricter’ penalty.

Police opened a probe into the incident but it soon stalled after Lyashko complained  he faced ‘repressions’.

In September, 2019, Gerus came under fire after the Verkhovna Rada adopted his amendment to ‘On Market of Electric Energy’ law opening a loophole for electricity imports from Russia and Belarus.  ‘European Solidarity’ MP Ivanna Klympush-Tzyntsadze argued the markup brought in by ‘Servant of the People’ MP granted the Ukrainian oligarch Ihor Kolomoyskiy access to  cheap energy contracts with Russia.

The Verkhovna Rada soon backtracked on the pl following the drawback from energy experts and politicians.

The former head of Zakarpattya local government Gennadiy Moskal claimed he had evidence of Gerus links to Russian and Belarusian intelligence after  High Anticorruption Court and Kyiv Shevchenkivsky Court pushed for  investigation into Andriy Gerus motives and  alleging ‘abuse of office’ charges. Yet the allegations of ‘lobbying Russian interests’ got nowhere either.

In a 2019 interview, Andriy Gerus revealed   his income fell dramatically after he quit his well-paid posts in investment and energy sectors.

‘Would I care to have bigger pay? Sure, I would. Will I be able to live on it? When I was going into this, I had some idea of the sums [I would be paid].’