Car crash hushed by media: is MP Trukhin in USA with Zelensky?

On Monday, August 30, the president of Ukraine Volodymyr Zelensky left for the United States on an official visit. According to media reports, Oleksandr Trukhin, a ‘Servant of the People’ MP, who earlier caused an accident in Kyiv, went with him.

Car accident involving MP Trukhin: what do we know?

On August 23, the ‘News Center’ website reported that the Audi car driven by ‘Servant of the People’ MP Oleksandr Trukhin had failed to maintain a safe distance and speed and collided with the Ford car carrying Luciano Luci, the chairperson of the Ukrainian Football Association Referee Committee.

The accident was confirmed by the UFA. The crash happened in Darnytskyi district of Kyiv, leading to emergency surgeries.

The driver and passengers of the Audi were reportedly intoxicated. On August 25, journalist Taras Seredych published a photo of a person resembling Trukhin at the scene of the accident. Trukhin fails to respond to reporters’ text messages and phone calls. The ‘Servan of the People’ political party does not comment on the accident either.

On August 29, Kyiv LIVE TV channel aired a report from the scene of the accident involving Trukhin. The author of the video claims that ‘according to the victims, Trukhin was to blame for the accident’. Trukhin appears in the footage without any comments.

Now, the TV channel has removed the video, but Journalist Oleksiy Bratushchak managed to recover the footage and posted it on Facebook. So far, this is the only video that is publicly available and which proves MP Trukhin was at the scene.

One of the MPs told Radio Free Europe on condition of anonymity that he was trying to find out the circumstances of the accident. His sources in law enforcement said that at the time of the accident Trukhin looked as if he was drunk, but refused to take an alcohol test.

A Radio Free Europe law enforcement source partially confirmed this information. According to the source, Oleksandr Trukhin was driving and then refused to take a blood alcohol test. The source suggested that Trukhin’s case was controlled at the highest level.

Why did the media shut up?

Usually, the media actively report on accidents involving MPs. This time, dozens of Ukrainian media immediately published the news of the accident too. However, before Zelensky’s visit to the USA, they began to delete or change the publications not to mention Trukhin.

In particular, more than 30 Ukrainian media outlets did so.

Later, there appeared a rational explanation for the mysterious disappearance of publications about the accident involving the MP. Olga Vytak, an editor of the ‘News Center’ website, published screenshots of three letters in which she was  offered money for removing the news. 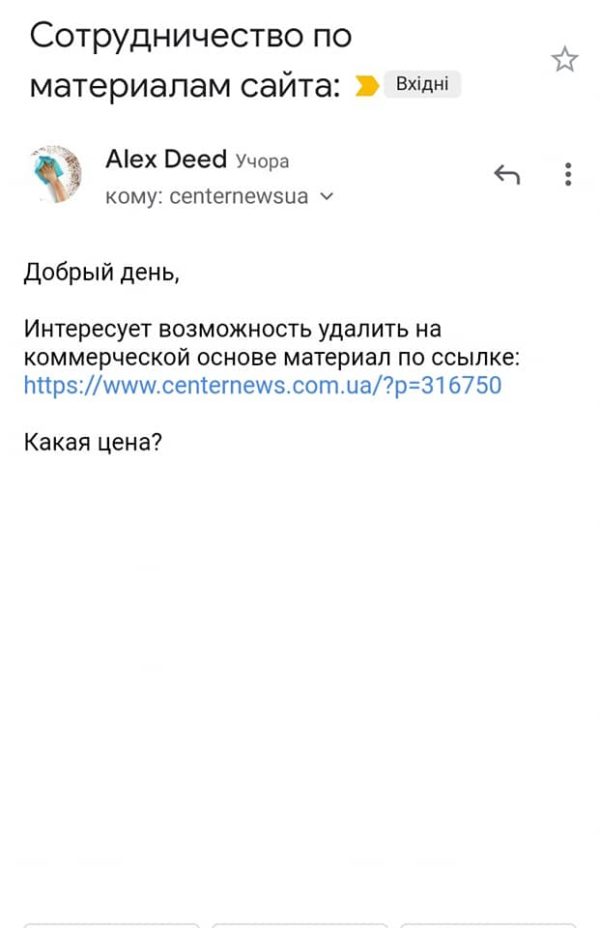 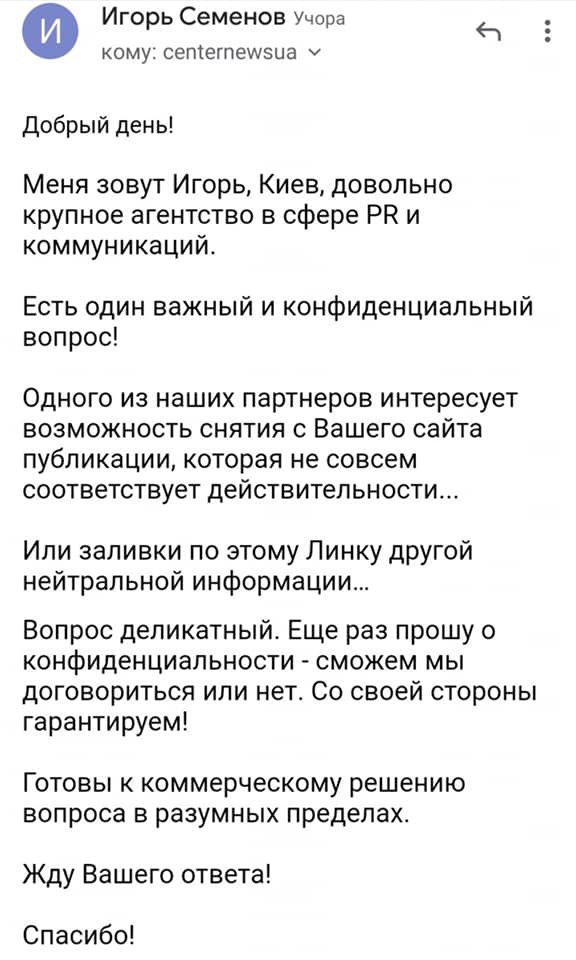 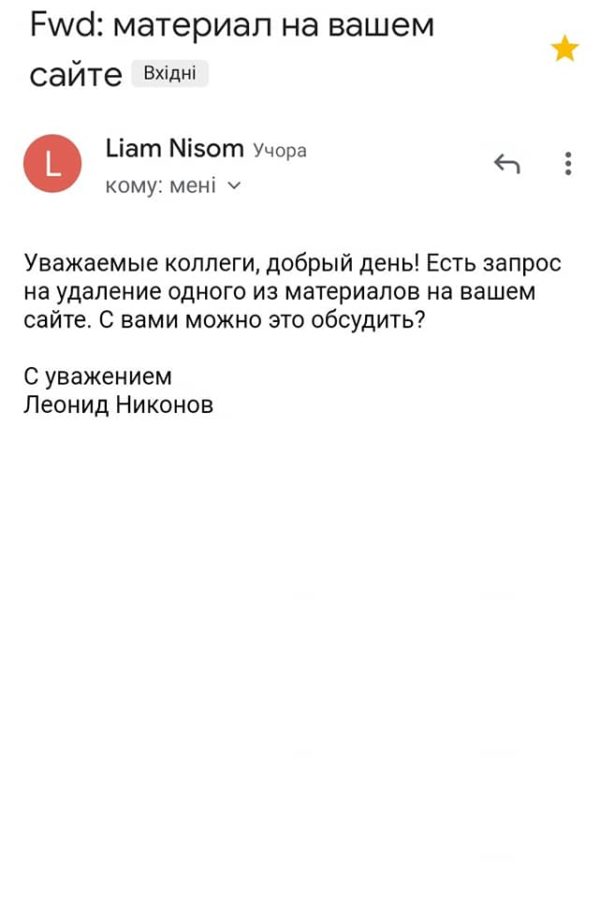 Sports journalist Kostiantyn Andriyuk reported that websites were offered at least $ 200 for removing the news about Trukhin. 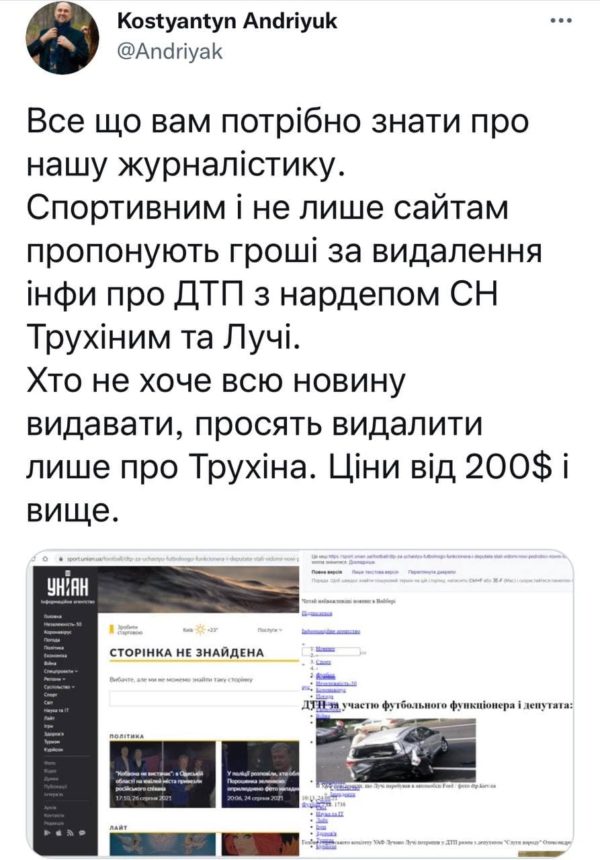 Apparently, the money for removing the news suited several dozen Ukrainian media. According to the ‘Detector media’ watchdog, the news was removed or edited by:

Why did Trukhin pay the media?

The MP probably decided to make efforts to tarnish his reputation with this accident as little as possible.That is why he began to establish financial relations with the media.

However, Trukhin’s actions may have another reason.

Ukrainian media, in particular ‘Dzerkalo tyznia’, citing the American newspaper ‘The Unfiltered Lens’, report that Trukhin went to the United States with Zelensky.

‘Dzerkalo tyznia’ also cites an alleged comment by House of Representatives speaker Nancy Pelosi on the inclusion of Trukhin in the Ukrainian delegation.

However, any other American media, except for ‘The Unfiltered Lens’, does not cite this comment of Pelosi.Her social media accounts also do not have such a statement.‘Bukvy’ have sent a request to Pelosi regarding this statement about the accident involving Trukhin.We are currently awaiting a response.

It should be noted that ‘The Unfiltered Lens’ is a rather dubious source.

It is a newspaper of the Rhode Island Municipal College, published by students since 2007. Copies of it are distributed on all campuses.

Did Zelensky take Trukhin to the United States?

‘Bukvy’ tried to find out whether Trukhin had gone to the United States with the president. The press service of the ‘Servant of the People’ refused to comment on the car accident involving Trukhin.

The Ministry of Foreign Affairs advised us to contact the President’s office.

President’s spokesperson Serhii Nykyforov got in touch at 8:35 (3:35 pm Kyiv time) and assured that Trukhin was not part of the Ukrainian delegation accompanying Zelensky to the United States.To the clarifying question on what grounds Trukhin was expelled, Nykyforov answered:

‘Trukhin is not [part of the delegation] and has never been’.