Writing on the wall.  The city administration office in Crimean Yevpatoria was smeared with yellow and blue paint overnight on May 16, which comes as a clear warning to Russia, argued Ukrainian MP Refat Chubarov breaking the story on social media.

The Ukrainian lawmaker and prominent Crimean Tatar activist  said Ukrainian insurgents are letting Russian aggressors know they should ‘hurry up and leave the occupied peninsula’ adding the next time the invaders will have to deal with Molotov cocktails.

‘So far the Kerch strait bridge has not been blown up,’ Chubarov added wryly.

The photos revealed by the politican show the entrance doors of Yevpatoriya  city administration office doused in the paint of the Ukrainian flag colors. 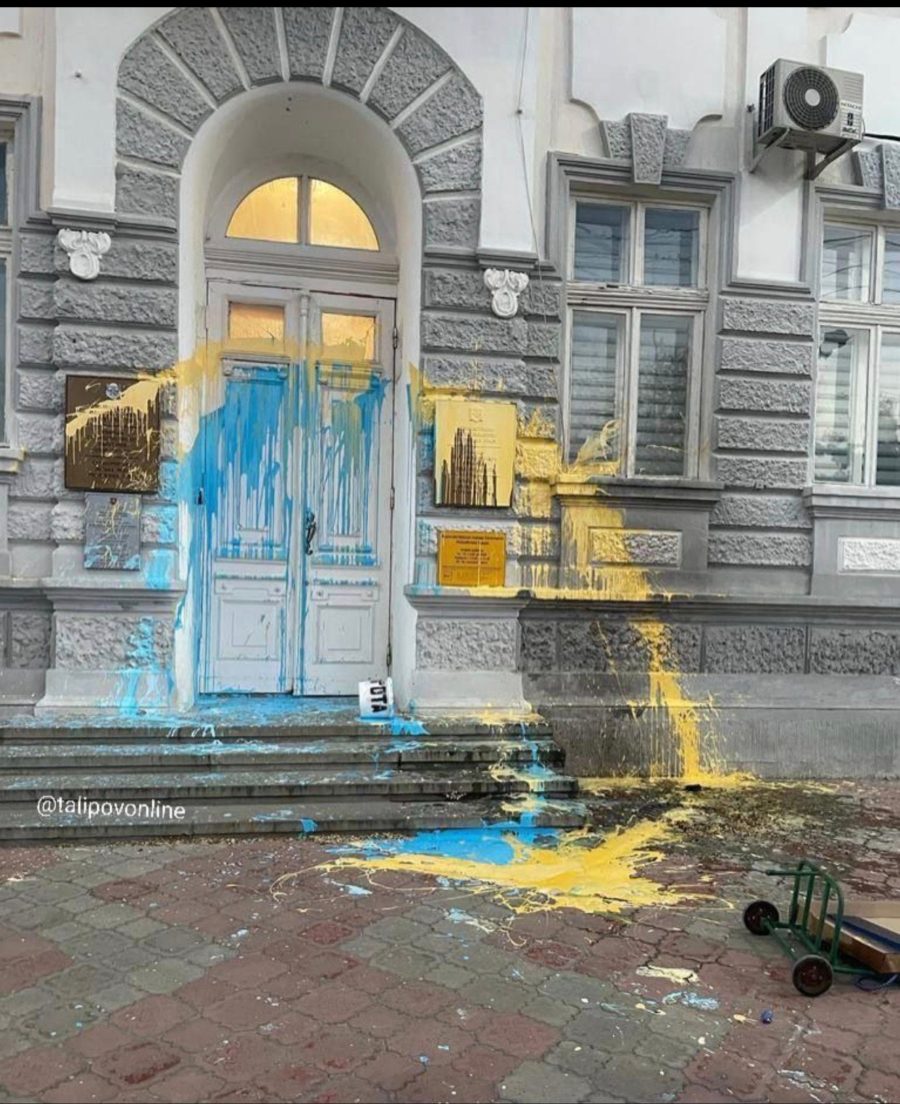