Ukraine's Council of Churches issues a statement reiterating its tough stance against 'gender ideology' and pushing for a law defending family values. 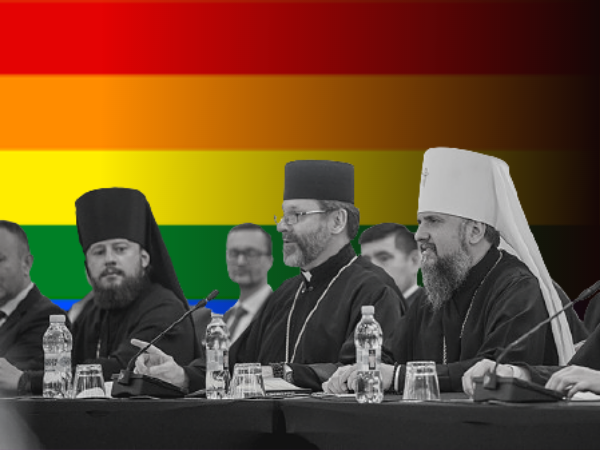 In the resolution, September 30, the Council called on the Ukrainian  government to protect a ‘ marriage between a man and a woman’ and condemned ‘experiments that legitimize gender identities’ issue’.

The Council of Churches  said it dissaproves of ‘promotion of homosexuality, denial of women’s femininity and men’s masculinity as distinctive features, and use of non-binary pronouns’.

A new ministry must be established to deal with family issues amid the worsening demographic crisis, and churches can pledge their support toward such effort by the  goverement, said the statement.

‘Churches, religious organizations and family initiatives are ready to join forces with state and local governments to protect the family, childhood, motherhood and fatherhood,’ the resolution said.

What is the Council of Churches?

Established in 1996 as a cross-denominational institution, the Ukrainian Council of Churches and Religious Organizations  aims to ‘unite the efforts of different religions in the spiritual revival of Ukraine and coordinate cross-church dialogue both in Ukraine and abroad’.

Stances against ‘homosexuality promotion’ in Ukraine

Over the last decade, MPs have repeatedly introduced bills banning the ‘promotion of homosexuality’ in Ukraine.

Most of them were rejected except for MP Tsarkov’s bill, which proposes a ban on the use of the media to ‘promote homosexuality’.