Residents in occupied Mariupol are sent text messages offering to join the Russian army in what appears to be part of a quiet military recruitment campaign, said exiled city official Petro Andrushchenko on Telegram app.

‘Yesterday, Mariupol subscribers of the occupational mobile network Fenix got an ‘advertising’ text message, calling to join ‘the Armed Forces of the Russian Federation. The covert mobilization is picking up steam,’ wrote the Ukrainian official.

Meanwhile, the sources close to the occupational city administration said the Russian-installed mayor Kostyantyn Ivashchenko’s ‘future prospects’ now depend much on how successful the recruitment effort will turn out to be.

In July, Mariupol city officials reportedly tried to recruit soldiers among the locals through a recruitment of prison staff for the city detention centers. 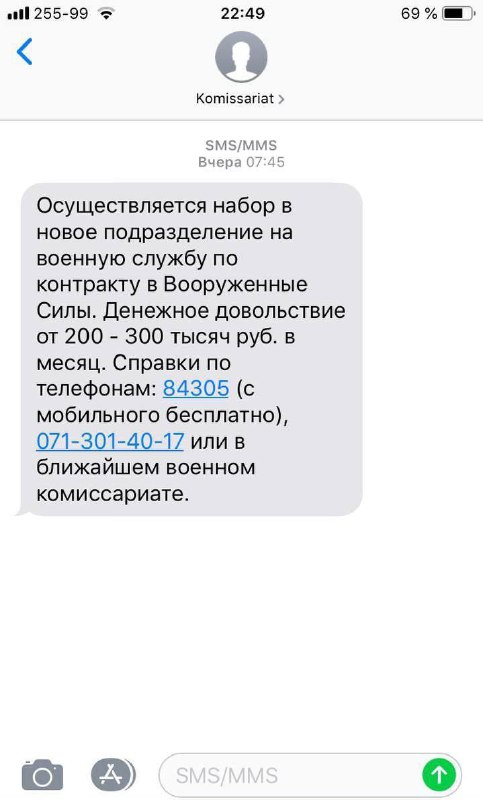