‘Bukvy’ continues series of articles about MPs. This time it is turn of David Arakhamia and his path from Poroshenko’s adherent to the head of the ‘Servant of the People’ party group in parliament.

David Arakhamia was born in 1979 in the city of Sochi (Russian Federation) and lived for some time in Georgia.In 1992, Arakhamia’s family moved to Mykolaiv to escape the war in Abkhazia.

In Mykolaiv, he finished school #36, and then graduated from the European University with a master’s degree in economics.

He completed the Professional Management program at the Open University of London.

In 2002, Arakhamia co-founded the IT company ‘TempleteMonster’, which develops website templates for business and e-commerce. In 2013, the company was sold to a private American fund. The cost of the deal is not known for sure, the Internet contained information about $ 100 million.

In 2014, with the beginning of the Russian aggression against Ukraine, Arakhamia began to volunteer. In August 2014, he was appointed the adviser to the chair of Mykolaiv regional state administration.

In September 2014, Arakhamia was appointed a Commissioner of the Minister of Defense for Procurement.

On April 22, 2019, the day after the second round of the presidential election, in which Volodymyr Zelensky won, he thanked the former president Petro Poroshenko for his work and called on to support him. 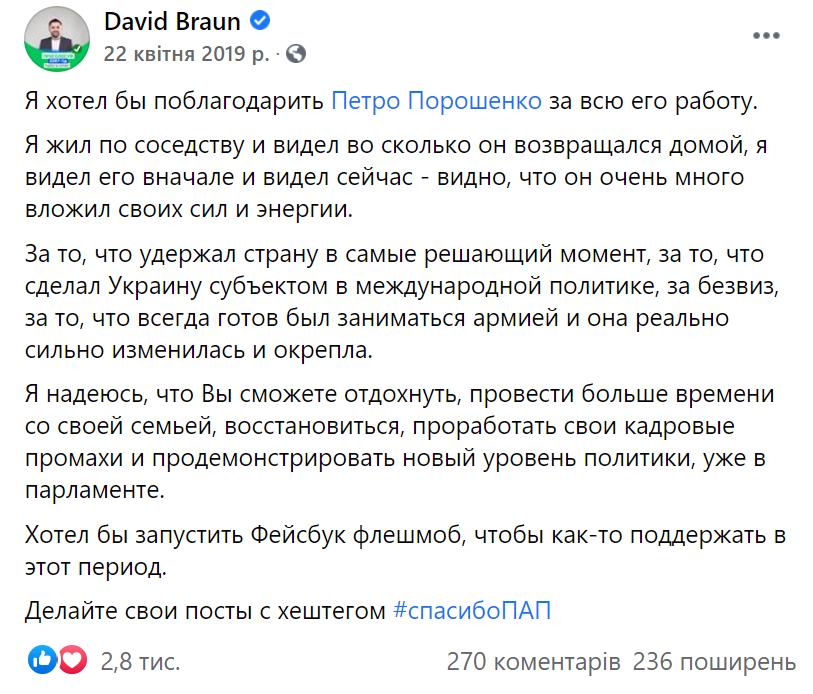 In a month and a half, Arakhamia said he believed in the new president and his team. He became the fourth number of the ‘Servant of the People’ party election list. Later, Arakhamia headed the party group in parliament.

In June-July 2019, Volodymyr Zelensky appointed Arakhamia a member of the Supervisory Board of ‘Ukroboronprom’ and Secretary of the National Investment Council.

On March 13, 2021, Arahamia headed the political council of the ‘Servant of the People’ party.

Arakhamia and the Communist Party of China

On July 1, 2021, David Arakhamia and several other parliamentarians attended the presentation of Chinese President Xi Jinping’s book on public administration in China.

After that, Arakhamia declared the similarity of the ‘Servant of the People’ with the Communist party of china, as their motto is ‘serving the people’.

According to him, the ‘Servant of the People’ considers China an important strategic partner of Ukraine and intends to adopt the communist experience in managing the economy and developing the state.

The MP admitted that Xi Jinping’s book ‘made a strong impression’ on him. He even decided to help publish a Ukrainian-language version of the book so that ‘Ukrainians could learn how China overcame difficulties and achieved rapid economic growth’.

Later, Arahamia prepared a video greeting on the centenary anniversary of the Chinese Communist Party, which was aired on the Chinese state television channel CCTV.

In June, it became known that the Chinese authorities threatened to block the supply of 500,000 doses of coronavirus vaccine to Ukraine, demanding the withdrawal of support for a human rights document.

Ukraine withdrew its signature of this international document. It happened while preparing a loan agreement with China, which was signed on June 30.

On June 23, 2020, David Arakhamia together with colleague Oleksander Kornienko discussed the appearance of MP Iryna Allahverdieva. The conversation was recorded by journalists. The video contained insulting remarks.

Kornienko first stated that the video had been edited. David Arahamia supported his colleague. Social networks demanded that Kornienko and Arakhamia resign.

On July 28, 2021, in response to the question about the main strategic mistakes of Ukrainian presidents, Arakhamia claimed that Kravchuk’s fatal mistake was to get rid of nuclear weapons by signing Budapest memorandum.

He also added that if Ukraine were a nuclear state, ‘everyone would talk to us differently and we could blackmail the whole world.’

Insult to the authors of the Constitution

During the solemn ceremony in Verkhovna Rada dedicated to the Constitution Day, David Arakhamia named the authors of the Constitution of Ukraine ‘two grandfathers-mopeds’ (based on the pun in the Ukrainian language ‘ded-moped’). 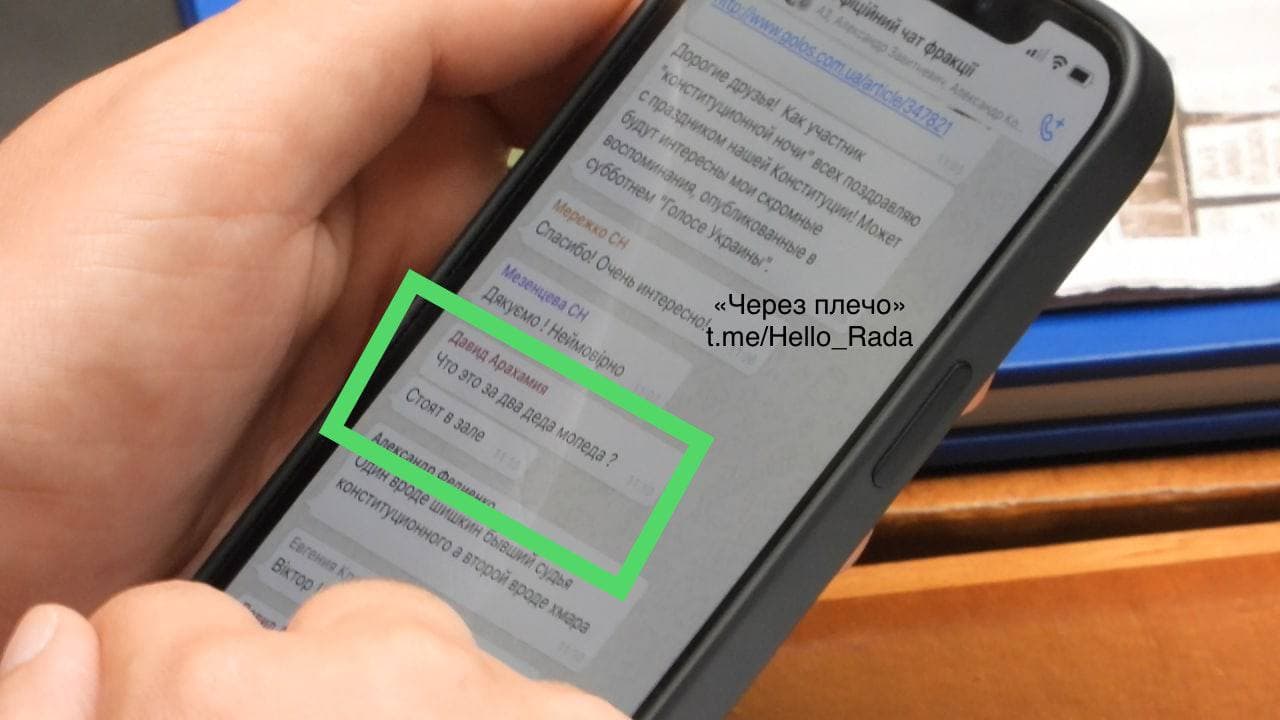 This was said in relation to former MPs Viktor Shyshkyn and Stepan Khmara who came in T-shirts with the slogan ‘Ze! The Killer of the Constitution’.

Ambiguous statements by Arakhamia often caught the eye of photojournalists. Arahamia usually does not comment on such incidents.

Improper parking and Maldives for $ 80

On March 12, 2021, David Arakhamia parked his Toyota Land Cruiser at a crosswalk near the President’s office.This car is absent in the tax declaration of Arakhamia. 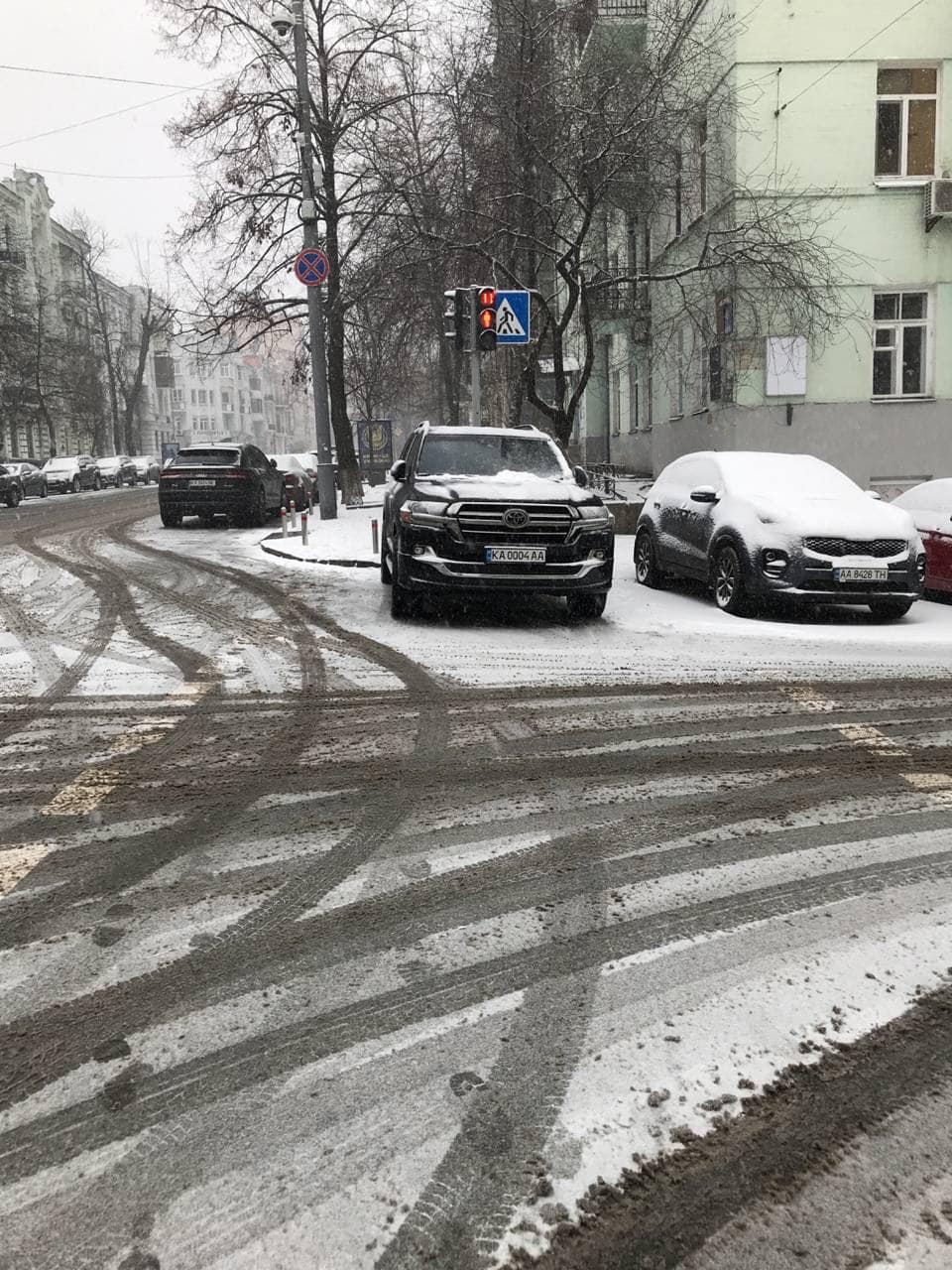 The next day, he commented on this. The MP stated that the car belonged to his wife and promised that it would be marked in the 2020 declaration. It was done.

On March 6, shortly before the parking scandal, political scientist Andrii Smolii published a photo of Arakhamia’s vacation in the Maldives.

Arakhamia commented that coronavirus crisis had lowered the prices and he managed to find a tour worth $ 80 (UAH 2,215) per person.

Arakhamia also noted that he knew how to look for profitable options. ‘I am an IT specialist… I have traveled to more than hundred countries’, he said.