Day of Freedom and Dignity of Ukraine

Two major events were held in Kyiv on November 21, the day Ukraine marks the anniversary of Maidan and official Day of Freedom and Dignity. 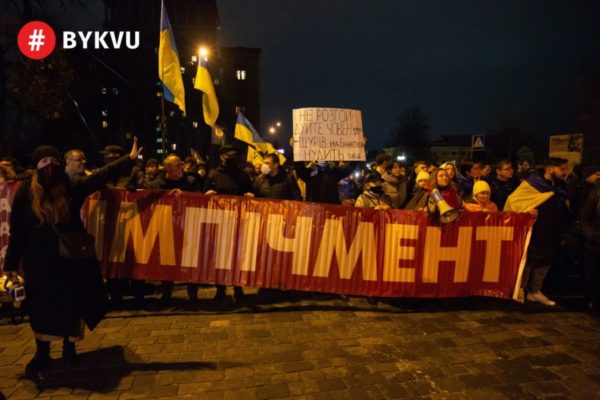 After the march paying tribute to the fallen Maidan activists ended, crowds of people descended on Bankova Street in Kyiv center to rally against Zelensky officials who allegedly were involved in Wagnergate scandal exposed by Bellingcat findings. 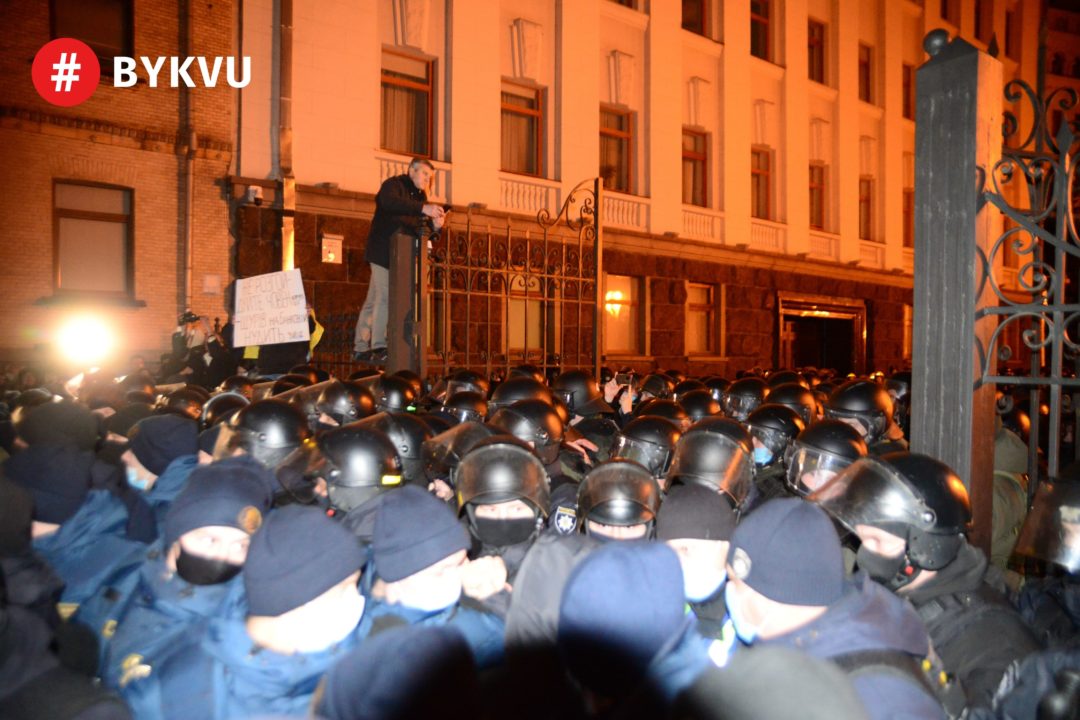 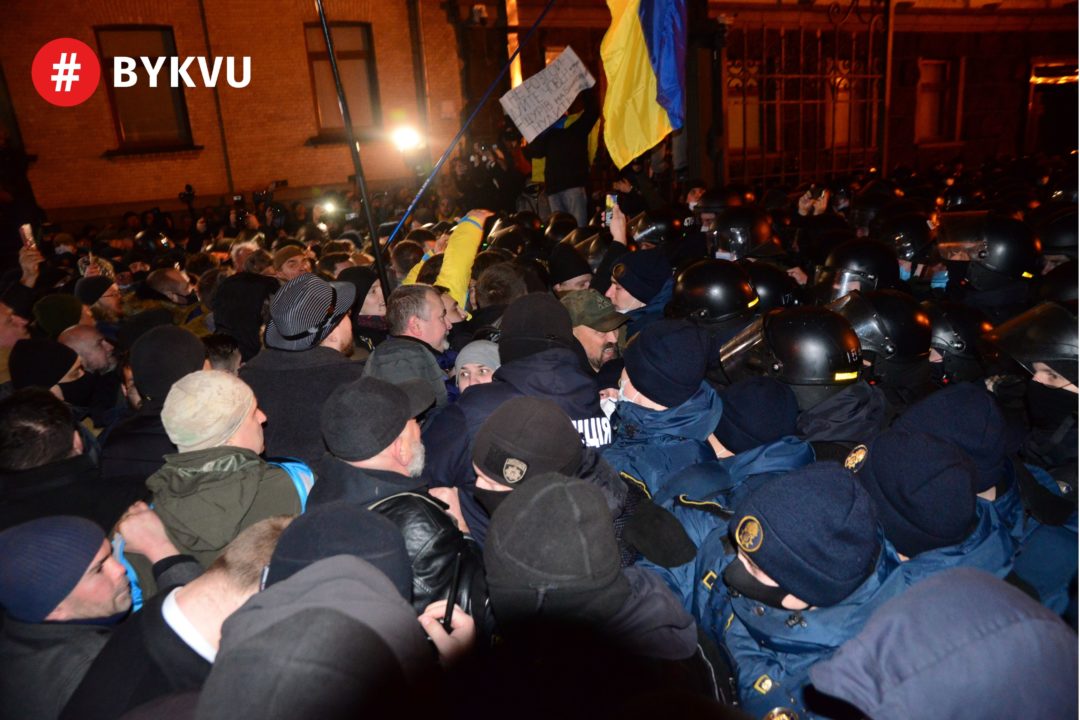 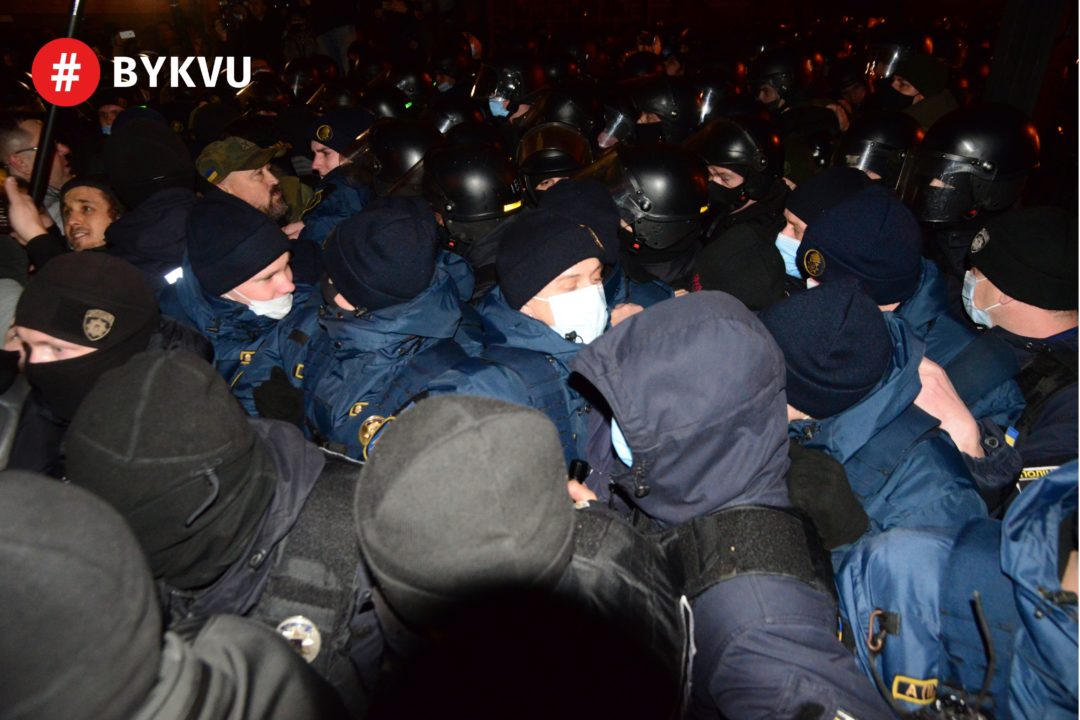 Ahead of the protest, people unveiled a huge banner ‘Their lies are humiliating. Let’s stand for our dignity’. Chanting slogans and jeers and holding signs ‘Putin is a d** head’ and ‘Zelya is a sissy’, protesters marched to the Ukrainian president’s official residence. 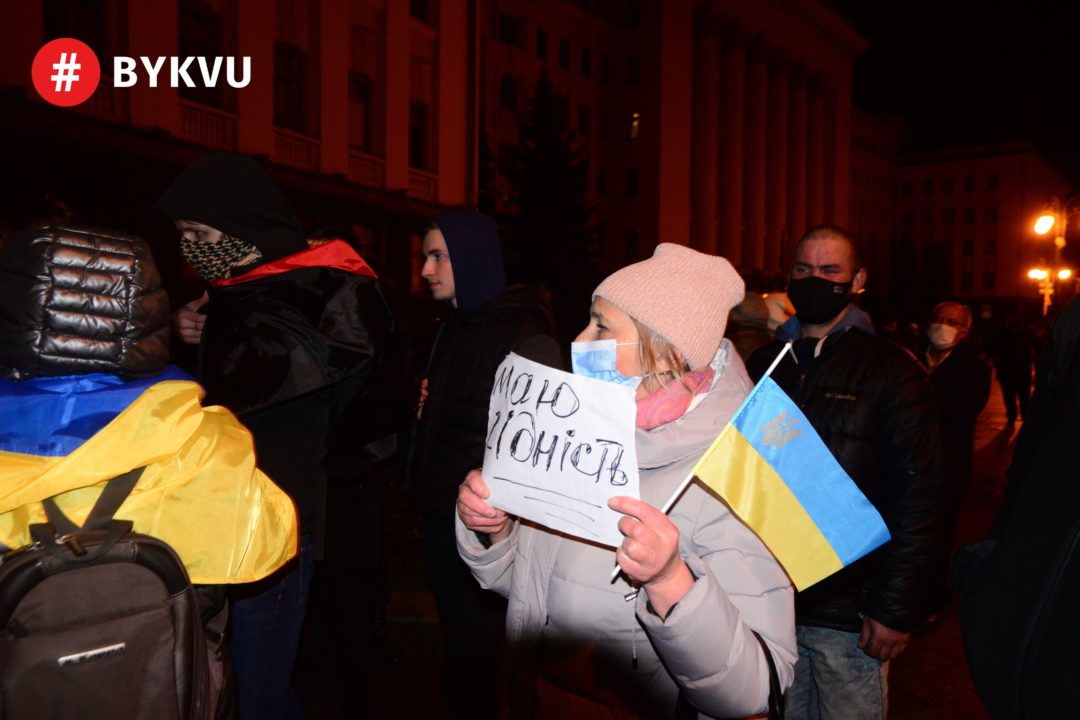 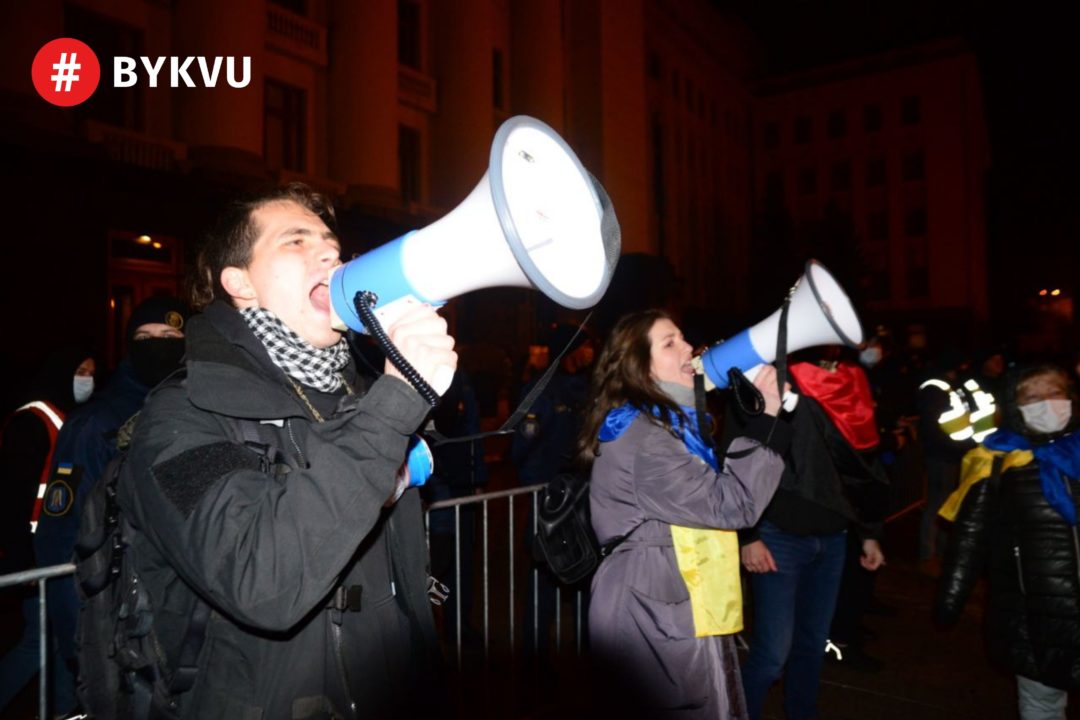 The rally was marked by heavy police presence, and soon scuffles broke out as cops demanded possessions checks to allow access to the square outside the residence.

Police used loudspeakers calling warning against provoking disorder. The crowd called for removal of Zelensky’s top aide Andriy Yermak for his role in Wagnergate story and threatened to launch a campaign for the impeachment of the Ukrainian president.

In one minor episode, one of the cops was seen grabbing a Ukrainian flag and tossing it to the ground, which visibly angered the protesters. 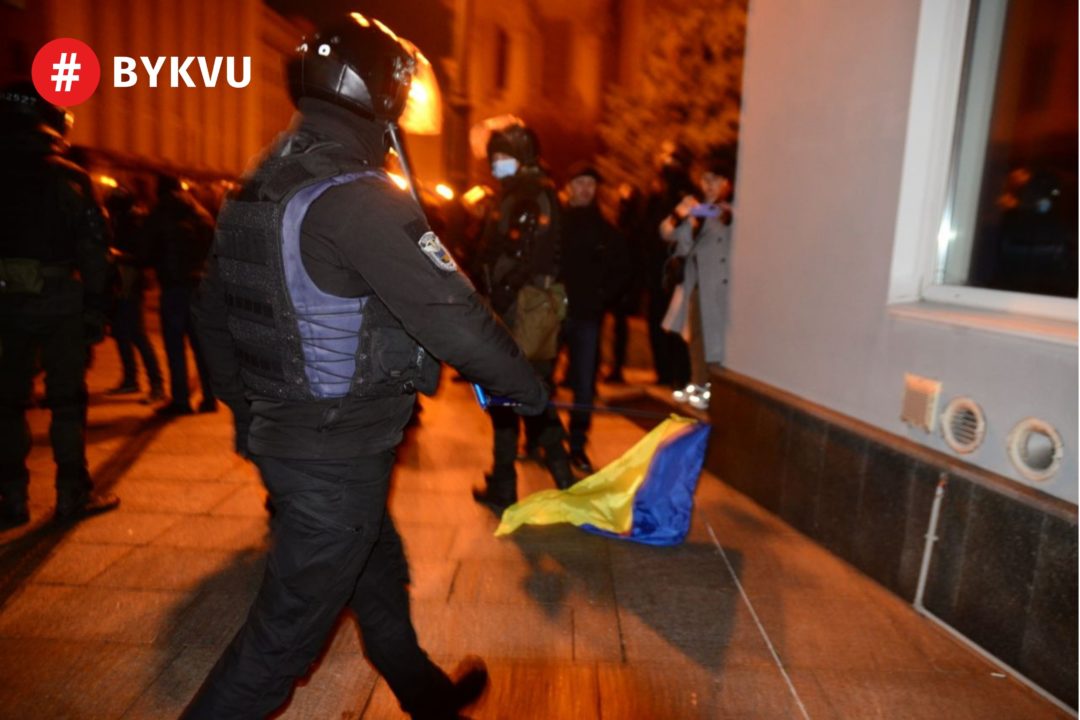