Several blasts were reported in Mykolayiv in the early hours of Wednesday. After the air sirens subsided at about 7:05 am, city mayor Oleskandr Synchevych said on social media the Russian missile struck an 5-storey apartment house.

‘The rescue effort is underway at the site with emergency service workers, medics, and municipal services attending to it,’ said Sinkevych.

He warned the city residents against posting any photos or footage from the site not to put to danger the lives of the people involved in the rescue effort.

The later update on the missile strike came from regional governor Vitaliy Kym. He said the death tally rose to 3 people while 5 more recovered from under the rubble were wounded. 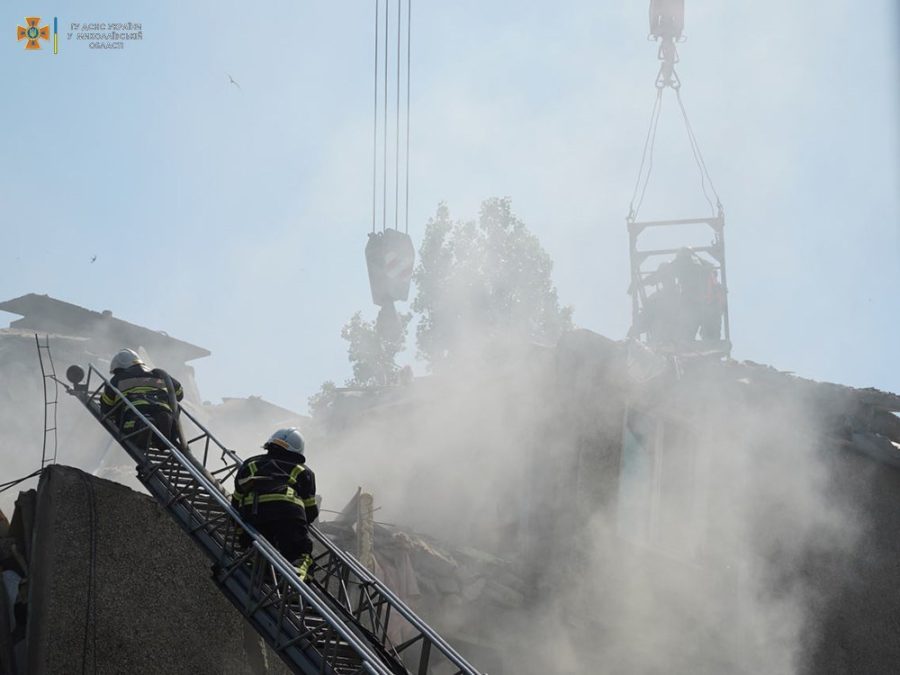