The  Digital Transofrmation Ministry led by Mykhaylo Fedorov is swept up in a new controversy over allegations it may have used bots  and fake accounts for a dubious social media campaign launched to drown out criticism over  state-run Diya app personal data leak.

Earlier this month, the state services application known as ‘Diya’ (Action) suffered a breach with the personal data of over 2.6 million Ukrainians’ compromised. The alleged leak though was staunchly denied by the ministry officials who claimed it was a ‘provocation’ insisting the data that ended up online was a compilation of the ‘old records’ that were compromised long before 2019, prior to Diya launch.

The allegations over possible social media manipulation came to light after a Facebook user ‘Шон Таундсен’ sounded the alarm after he found the personal data of Ukrainians leaked on the RaidForums website could be authentic and coming from the Diya servers. 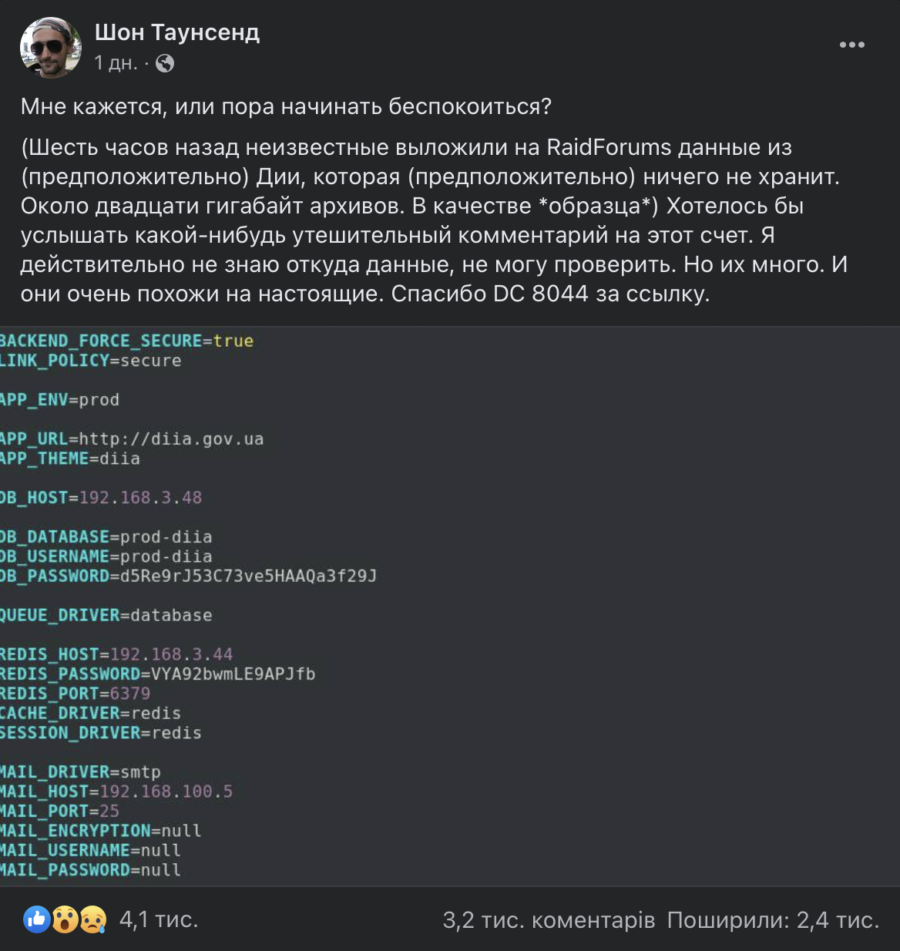 After his Facebook post got over 2,4 thousand ‘shares’, it  was soon hit by the hundreds of comments arguing it was ‘provocation’, ‘fake’, ‘fear mongering effort’, and ‘destabilization’ plotted by either Russian intelligence agencies or former Ukrainian president Petro Poroshenko. 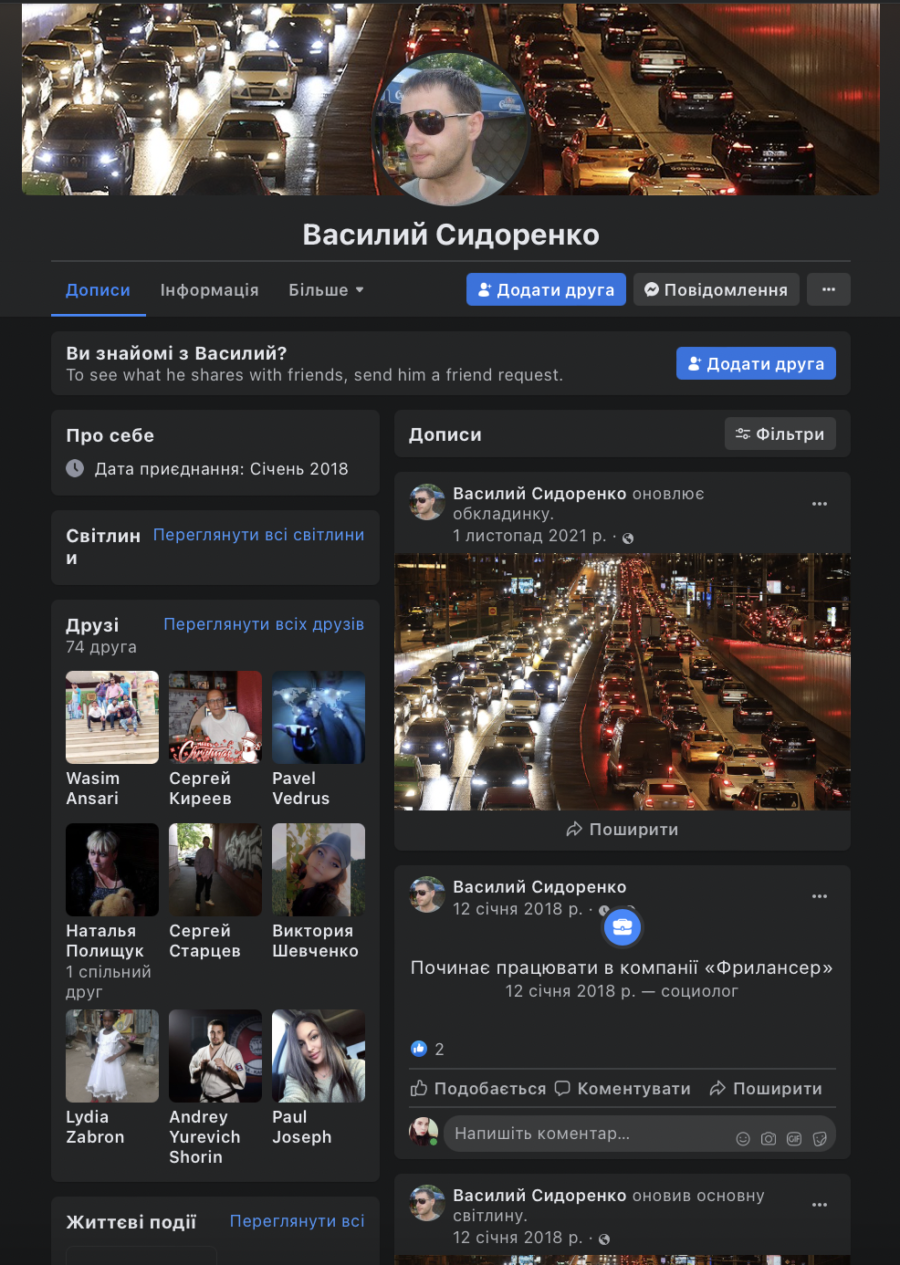 The barrage of such claims, as many users noticed, arguably came in a concentrated effort and from fake Facebook accounts, most of which  had only a photo, a basic information, and few posts, at most. 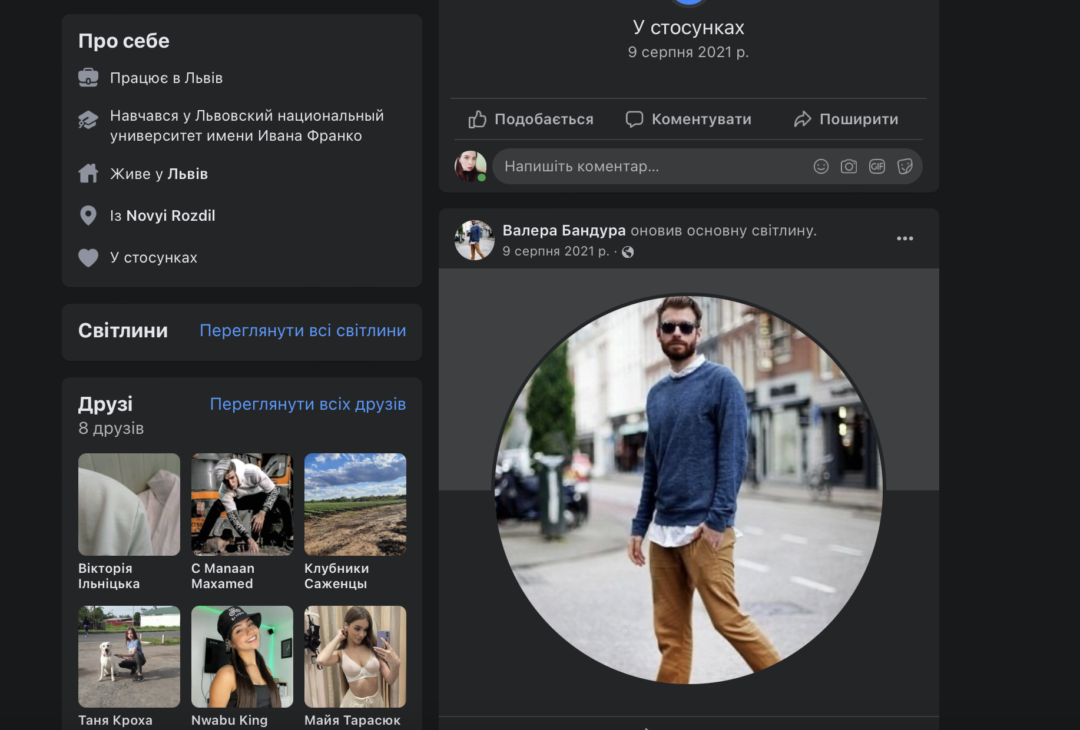 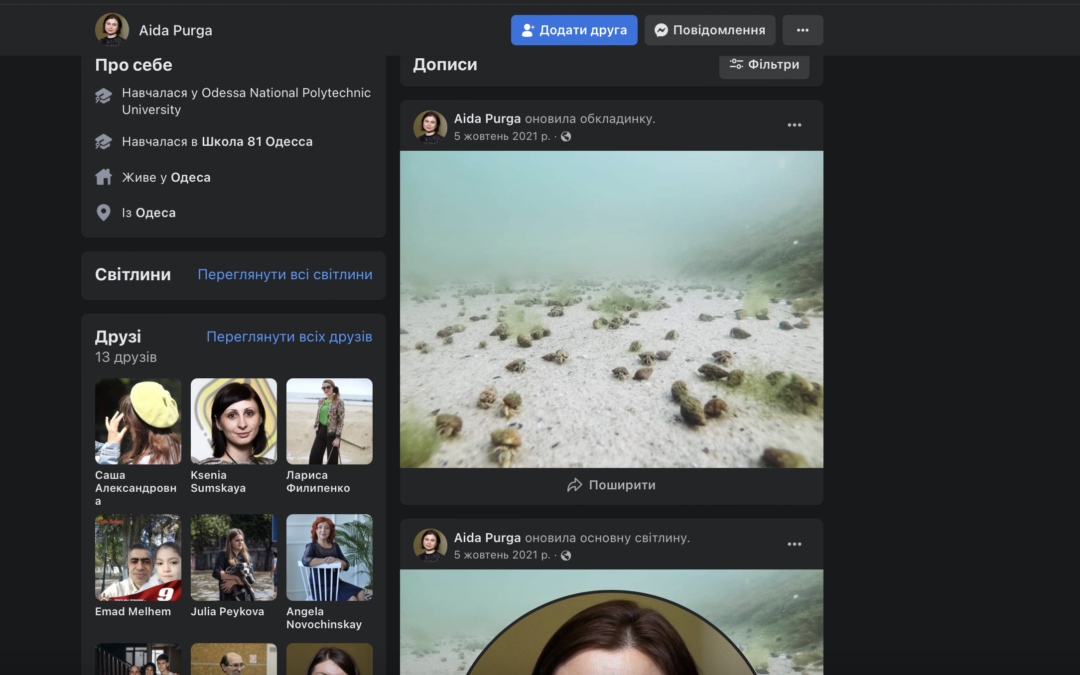 Some of  the advocates  of Diya creators performance had a pro-Russian content on their pages, or posts defending Yanukovych’s  ignoble  ‘Berkut’ police task force. 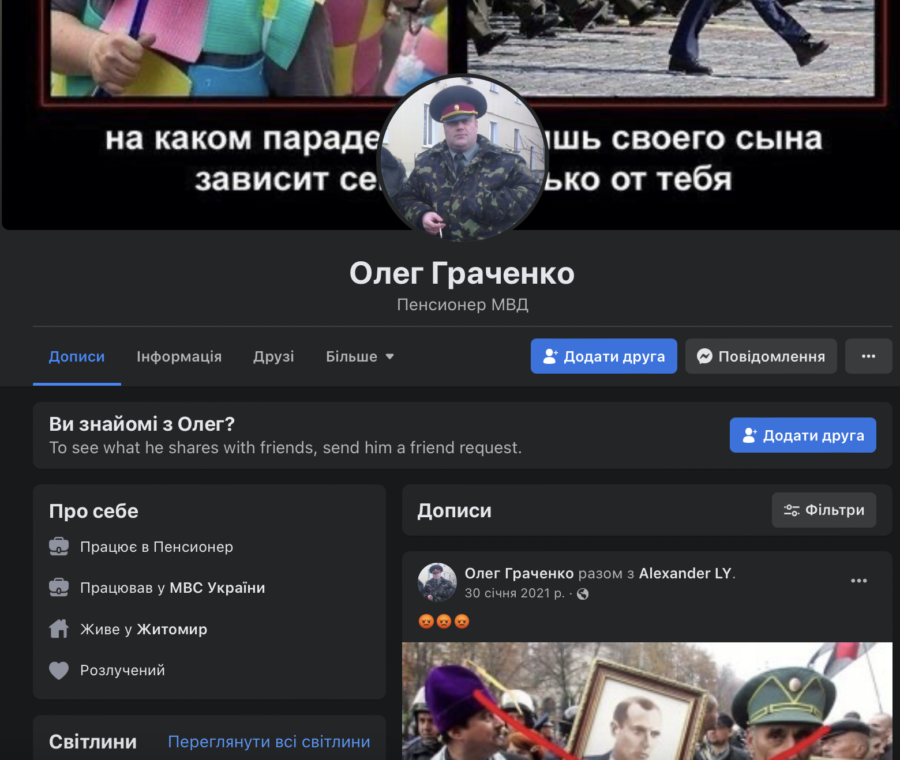 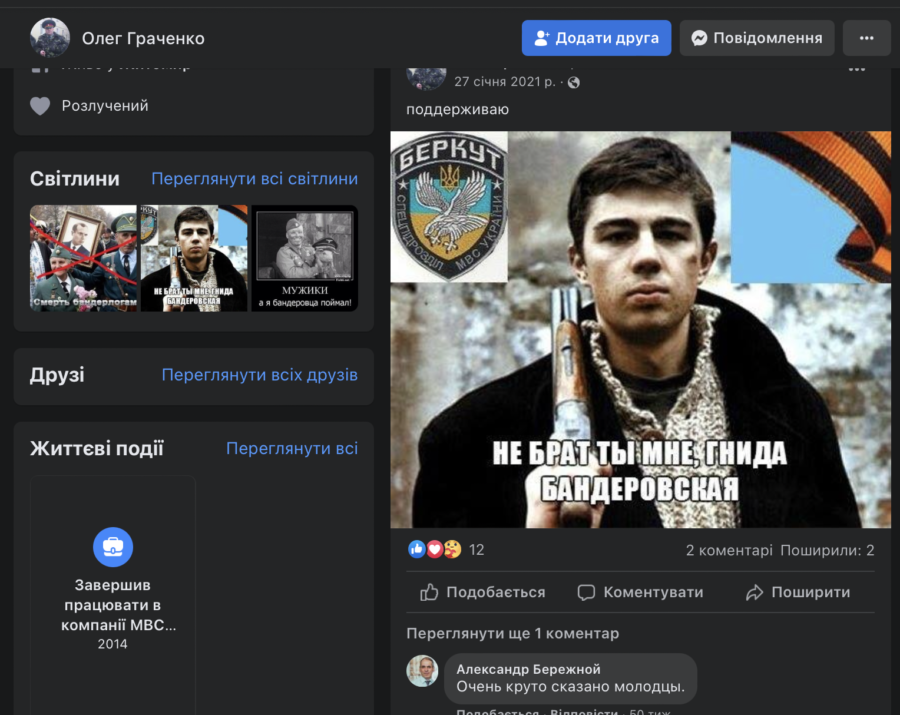 Most of the Facebook ‘users’ who piled in to defend Digital Transformation Ministry have a lot in common – they are predominantly ‘residing’ in Western Ukraine while most of their own content are  gambling sites’ ads or posts.

Some of commentators who spotted ‘bots’ alleged they can be employed on taxpayers’ money while others said they got curious about the post after they learned it drew so many trolls.

Suspicions grew after the intial post by ‘Shon Tausend’ was abruptly blocked, which, as many commmetators argue, was prompted by complaints filed to Facebook moderators by fake accounts and bots.

The ministry that created state services platform Diya brushed off the allegations and doubled down the narrative is a ‘provocation that spins off a proxy war’ against Ukraine.

It should be noted that Ukraine suffered a massive cyberattack on January 13 that took down the websites of several Ukrainian ministries and state agencies.