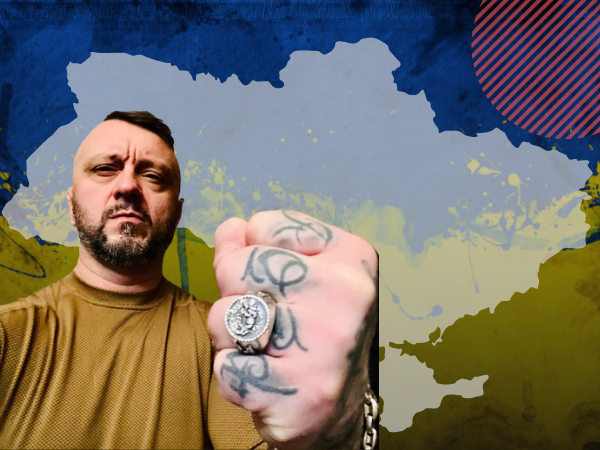 Donbas war veteran and musician Andriy Antonenko ‘Riffmaster’  has launched a Facebook #UkrainiansWillResist challenge calling on people in Ukraine and beyond to show their support for Ukrainian fight against the ongoing Russian aggression.

Antonenko wrote, ‘Nobody can force Ukrainians to accept Putin’s ultimatum. There will not be any “peace” on Russia’s conditions. Even if West will make a deal with Putin over Ukraine and Zelensky will capitulate, #UkrainiansWillResist Russian occupiers. Welcome to hell, Mr Putin!’. 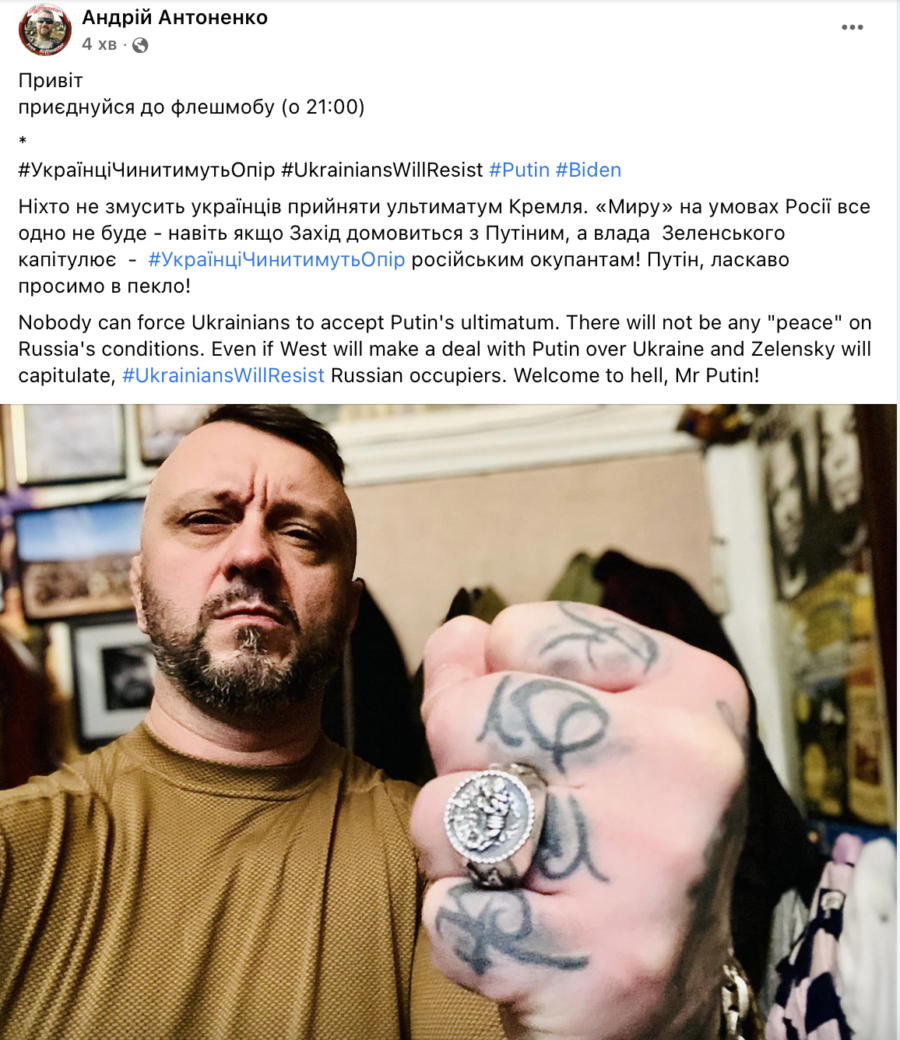 The #UkrainiansWillResist challenge launched Saturday at 9 p.m. comes amid  mounting concerns Zelensky administration can cave under pressure from Moscow.

By spreading the word social media users can help make the hashtag trend in news feeds and stories on Facebook.

Andriy Antonenko is known for his song ‘Sneaked by, sneaked out’ that became an unofficial anthem for Ukrainian intelligence and special force.

In 2019,  Antonenko and two war volunteers Yana Dugar and Yuliya Kuzmenko were charged in murder in connection with assisianation attempt targeting  the journalist Pavlo Sheremet.  Following the court appeals, all of the tree suspects were released from jail with Antonenko now remaining under house arrest.

The case drew a public outrcry in Ukraine over weak and inconsistent evidence.