The Amsterdam court ruled a collection of archaeological objects from Crimea should be returned to Kyiv. 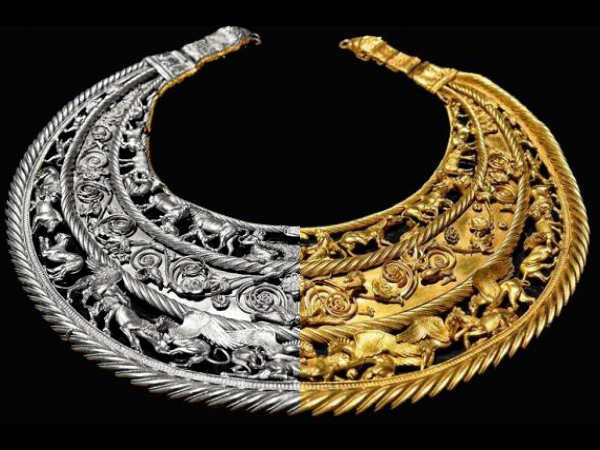 After several years of court proceedings in Dutch courts and fierce diplomatic spat over the owneship rights,  a trove of historical treasures, known as ‘Scythian gold’ is coming home – to Ukraine.

The collection of ancient gold artefacts from four Crimean museums was on loan at the Allard Pierson Museum of the University of Amsterdam when Russia seized the peninsula from Ukraine in 2014.

The bitter battle over the collecition ownership ensued.

In 2017, a district court in Amsterdam  ordered the Allard Pierson Museum to return the treasures,  include gems, helmets and scabbards, to Ukraine’s government, keeping with the UNESCO convention that artifacts be returned to their sovereign states.

Following Russia’s appeal, the Dutch appeals court ruled the collection should be handed to Ukraine, not the Crimea museums it was loaned from.

The artefacts, among others,  include a solid gold Scythian helmet from the 4th century B.C. and a golden neck ornament from the 2nd century A.D. that each weigh more than a kilogram.

President Zelensky hailed the decision in Twitter, calling it a ‘long-awaited victory’.

The long-awaited victory in the Amsterdam Court of Appeal. "Scythian gold" returns to 🇺🇦. Grateful to the court for a fair decision, and to @minjust_gov_ua, @MFA_Ukraine & @MKIPUkraine for the result. We always regain what’s ours. After the "Scythian gold", we'll return Crimea.

Ukraine’s foreign minister Dmytro Kuleba also welcomed the court decision, adding the Foreign Ministry of Ukraine continues to work in international courts and demand that Russia be held accountable for its actions.