European Solidarity edges ahead in polls

With support for Zelensky's party waning, European Solidarity edges ahead in polls for the first time since the last general elections.

The poll staged by KIIS (Kyiv International Institute of Sociology) in mid-October,  puts European Solidarity ahead of other parties. If elections were held today, the party led by former Ukrainian leader Petro Poroshenko would have get 13,9% of all votes, and 15,7% of votes of those set to cast a ballot.

The poll is  also bad news for the Servant of the People that slips into second place for the first time since the last general election.

Rocked by a slew of scandals and internal rifts, Zelensky’s party would get  support of 13.7% of votes (15,5% of those eager to vote). 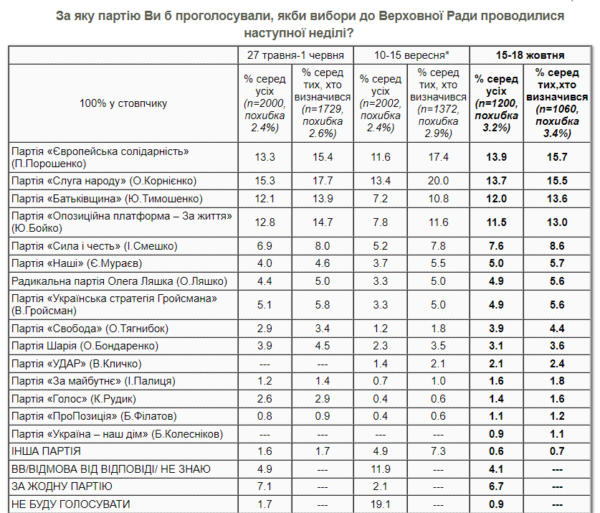