European Solidarity MPs put pressure on the SBU, call for probe into Zelensky policies in Donbas

The European Solidarity MPs put pressure on the state security agency calling for a probe into Zelesnky’s collaborative policies that have left Ukraine trapped in dependence on Russia and Belarus coal and energy supplies.

The official information filed with the SBU by MPs Iryna Gerashchenko and Mariya Ionova exposes facts of questionable trading schemes with coal coming from ‘coal mines seized by the occupation authorities’ that indirectly ‘provide funds for  Putin [regime] coming from the Ukrainian budget’.

According to Iryna Gerashchenko, the MPs were offered to meet one of the SBU seniors after they file the information.

In her post on social media, ‘European Solidarity’ MP also complained she was followed and filmed by unidentified person near the SBU head office.

The same formal information was filed by European Solidarity MPs with Ukraine’s chief prosecutor’s office, State Bureau of Investigations and is part of the opposition campaign seeking to expose facts of Zelensky’s ‘treason and sponsorship of terrorism’ in response to trumped-up charges targeting the former Ukrainian president Petro Poroshenko. 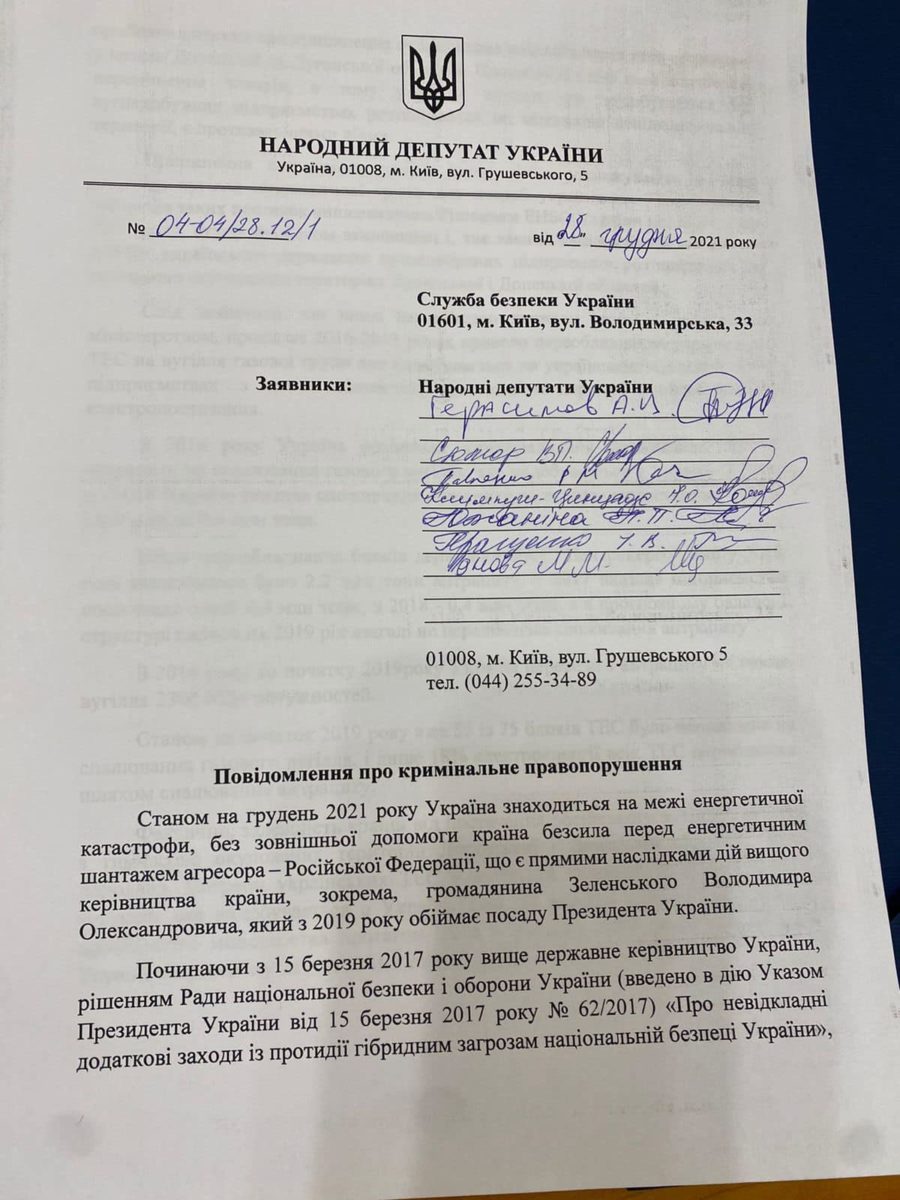