Former interior minister who was booted out of office Monday  is still dominating the headlines in Ukraine. The new investigation ‘Buddies’ by Slidstvo.Info brought to light close ties of Oleksandr Gogiashvili and Ukriane’s intelligence chief Kyrylo Budanov.

Reporters found that theKhotiv mansion where Gogiashvili is residing with his wife Mariya Levhcenko saw regular daily visits of a black Volvo car that will arrive escorted by a another vehicle with undercover agents.

Search in  Ukraine’s car plates database produced no matches, which usually happens with cars used by intelligence and law-enforcement for security and surveillance.

Investigation got clues from the social media accounts of Gogiashvili and his wife whose photos revealed they were friends with Kyrylo Budanov and his wife Mariana. 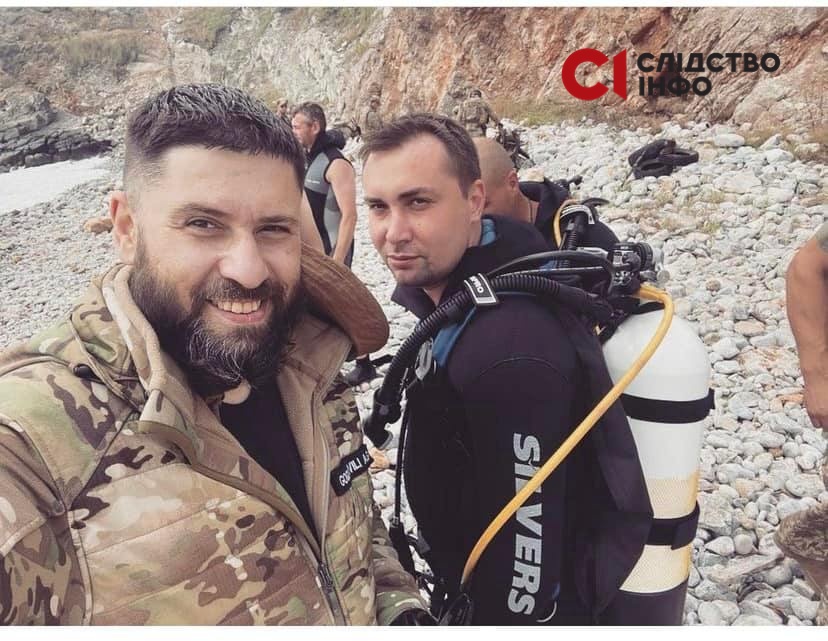 Later in the day, Kyrylo Budanov confirmed his family ‘temporaly’ moved in with his ‘friend’ Oleksandr Gogiashvili due to ongoing rennovation in his own apartment.

It is unclear if intelligence chief position will take any hit in light of his association with Gogiashvili but damage is done.

Oleskandr Gogiashvili came under scrutiny earlier this week after videos emerged showing him berate and curse at police officers in Donetsk region.