In a joint effort, the charitable fund led by former Ukrainian president, Petro Poroshenko,  and a non-profit group Syla Gromad presented the Italian-made  armored vehicles MLS Shield they bought on the donations from Ukrainians.

‘Today, I could shake a hand of everybody who donated money to buy these 11 vehicles,’ said Poroshenko. 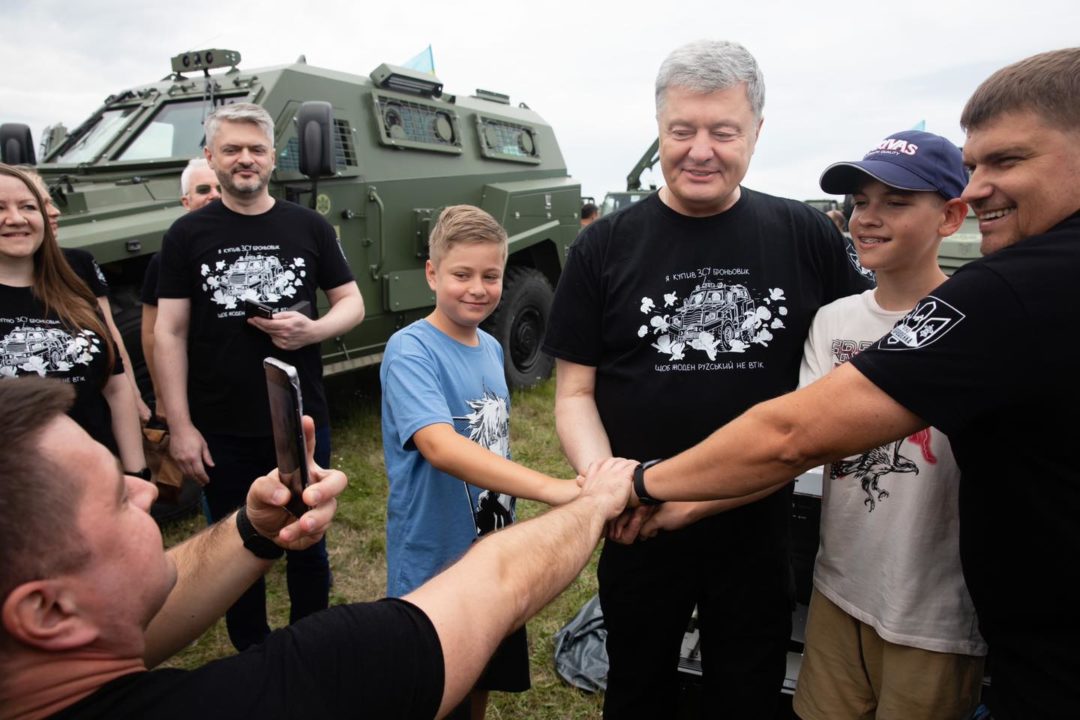 The convoy of vehicles carrying drones and other military supplies set off on their way to Ukrainian paratroopers fighting on the front lines.

The former president went through the whole list that boasts 350 drones he called ‘crazy bees’ and the ‘eyes of our artillery’ that are now going to  help pin-point targets for  NATO-supplied howitzers and  HIMARS, destroying the enemy ‘like in Saki, Crimea’, which is an obvious reference to the latest blasts at the Crimean airbase. 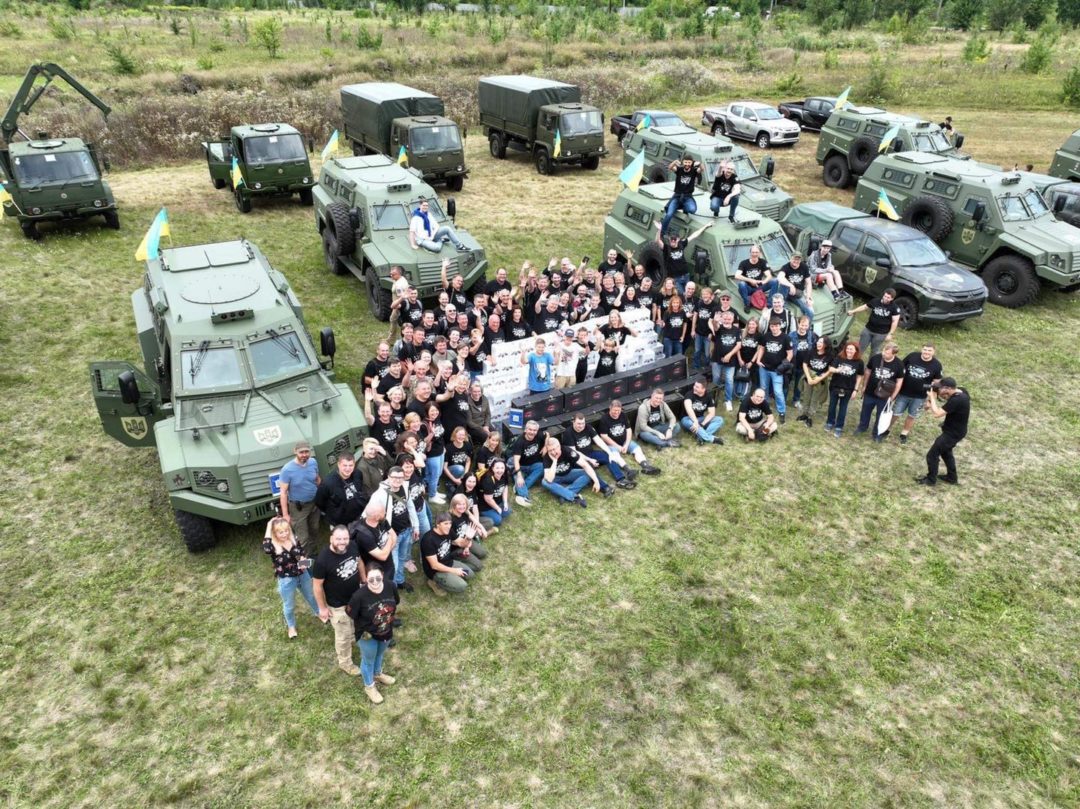 The military supplies bought through  crowd-funding campaigns will make Russians feel insecure while the military aid will keep flowing in for the Ukrainian armed forces, said Poroshenko.

‘We need to by 200 trucks, dozens of Poseidon drone, armored vehicles that will go to paratroopers’ units. And everything is to hear the word ‘counteroffensive’ that is so sweet to Ukrainian ears.’

Petro Poroshenko thanked all the donators who contributed to the effort. ‘Let’s believe in the Ukrainian armed forces, donate money for it, and say hello to our Crimea and Kherson,’ added the former president. 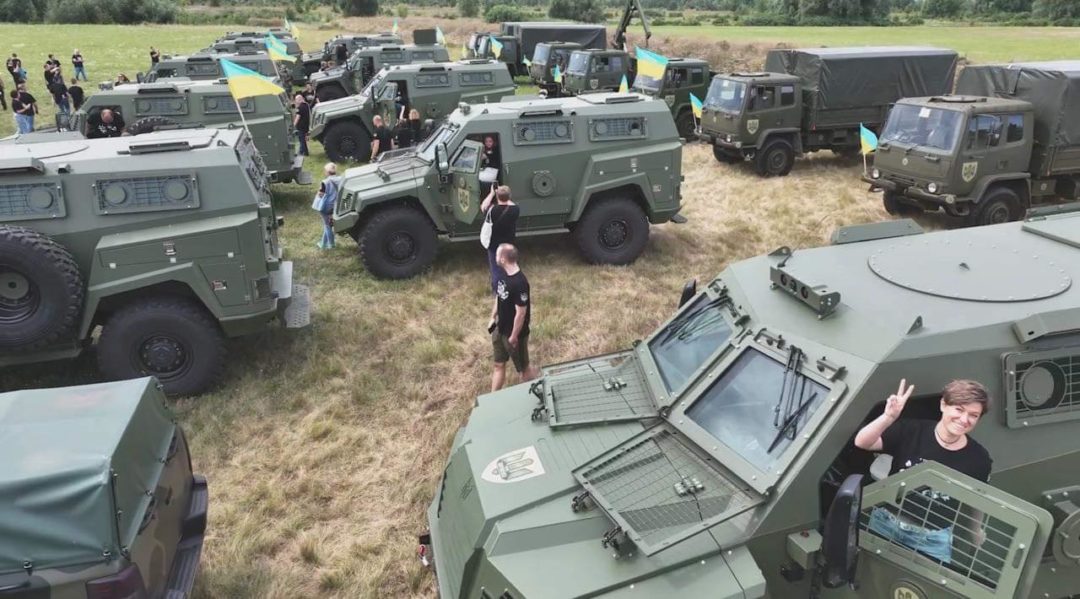