Dmytro Razumkov, the former Verkhovna Rada speaker, has initiated the creation of a new parliament group, which will include 25 MPs.

According to Razumkov’s statement on social media, the new parliament group will be called ‘Rozumna Polityka’ and will include 25 MPs, mostly ‘Servant of the People’ party representatives.

‘The application to register a new parliament group has already been submitted… Next plenary week, the chair must officially announce its creation!’ Razumkov claims. 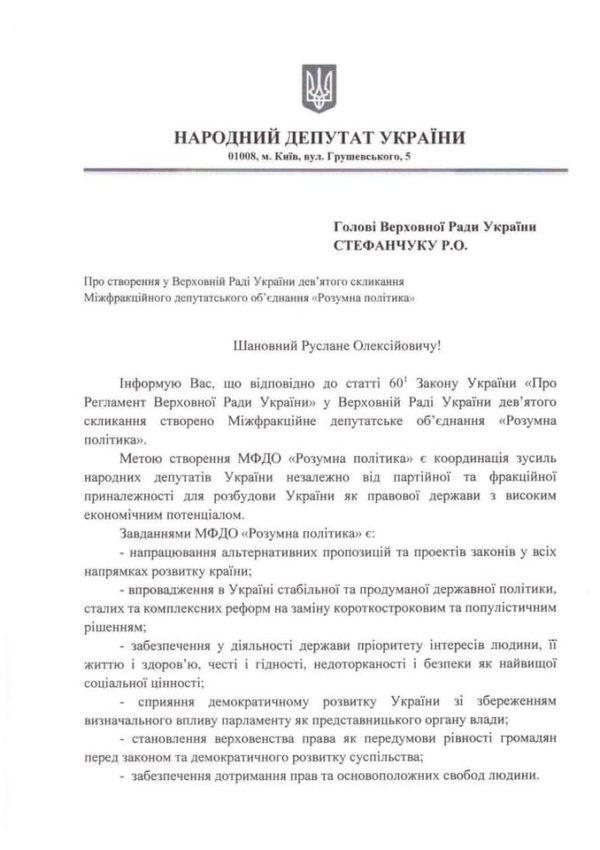 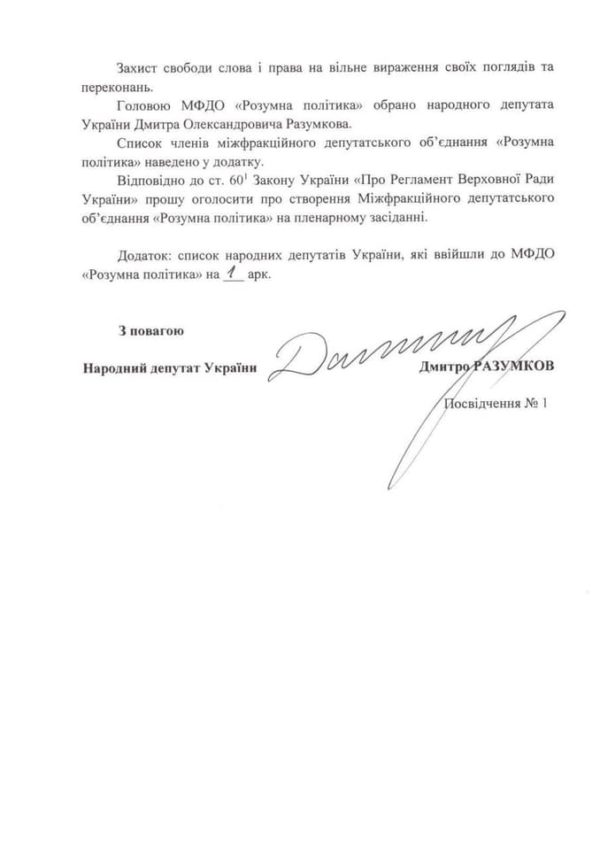 He also posted a copy of the application and a list of MPs who will join ‘Rozumna Polityka’ parliament group. 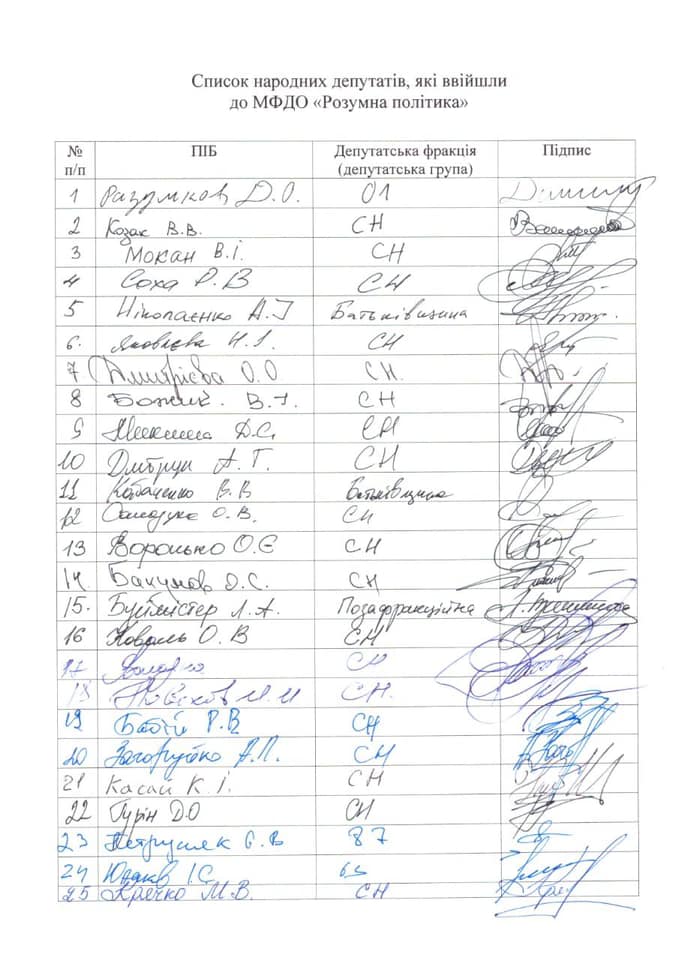 Earlier, the Verkhovna Rada removed Razumkov from the speaker position after his fallout with Volodymyr Zelensky over the ‘anti-oligarchs’ law.