He said that three locals were killed in the town of Torske and one in Zarichne, three civilians were wounded.

Kyrylenko also reported that the bodies of 10 killed civilians were found in Lyman and Sviatohirsk, liberated from the Russian occupiers.

Since the beginning of the full-fledged Russia’s war against Ukraine, 937 civilians have been killed and 2323 wounded in the region. 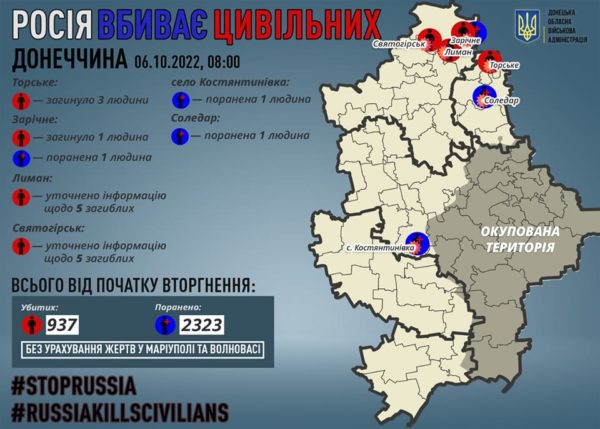