Two locals died in shelling in the village of Klishchiivka, one in Bakhmut and one in Korsunivka. Two people were wounded.

Since the beginning of the full-fledged war, 781 civilians have been killed and 1986 wounded in the region. These numbers do not include the casualties in Mariupol and Volnovakha, as it is impossible to assess them now. 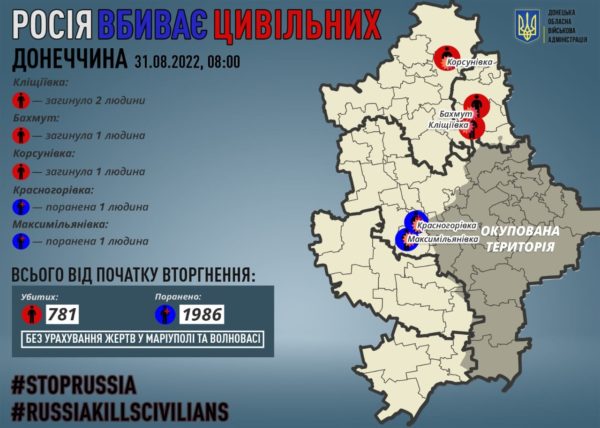