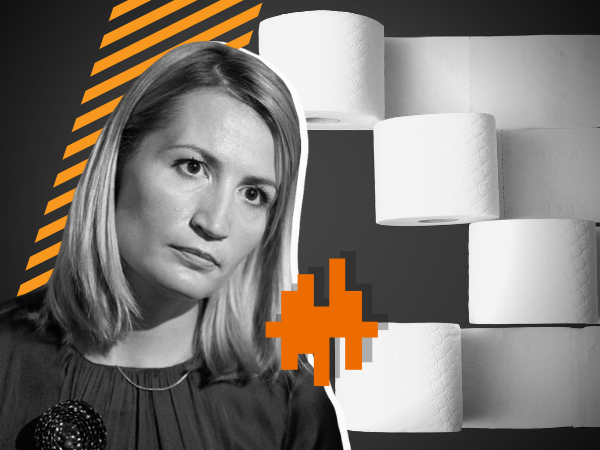 Tormented by constant feuds often played out in full public view, ‘Golos’ parliamentary group suffers another blow after its four active MPs say they are quitting the party.

The internal tensions escalated in the run-up to the upcoming party congress. Kira Rudyk drew the blowback over her handling organization of the party congress.

All of the defected MPs announced their decision in similar statements on social media.

One of defecting MPS  Olga Stefanyshyna challenged  the party leadership for            ‘ignoring the position of the most party representatives and party offices’.  She also urged rank-and-file members to boycott the upcoming party event claiming that that ’75 per cent of  party members’ will lack representation at the event set to ‘cement’  the grip of Kira Rudyk’ over the party.

In an obvious snub, Stefanyshyna posted an image of her quitting notice written on a scrap of toilet paper. 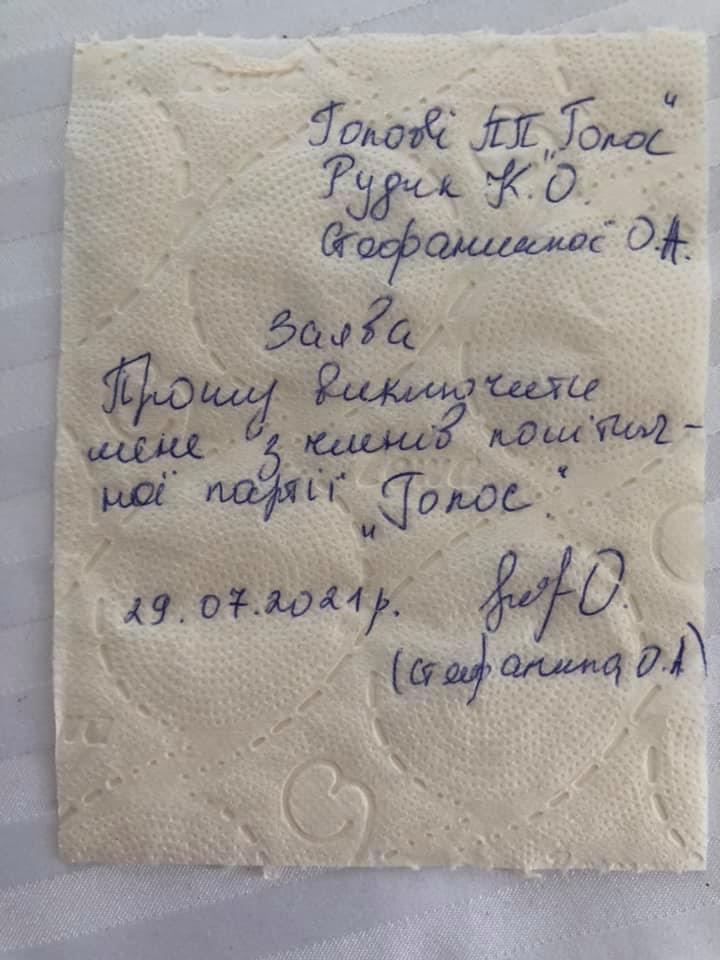 Another MP Yaroslav Yurchyshyn cited  ‘departure from the principles’ and ‘complicated situation’ within the party as a reason for his quitting ‘Golos’.