The American-Ukrainian company ‘Firefly Aerospace’ that raised $ 75 million in ivestments suffers a huge setback after its ‘Alpha’ rocket fails to take off Thursday. Company owner Maxym Polyakov is known for his involvement with shady dating website ring and was earlier accused of fraud.

Despite the failure,  the company founder Maxym Polyakov hailed the event as  a ‘historic day for Firefly’. 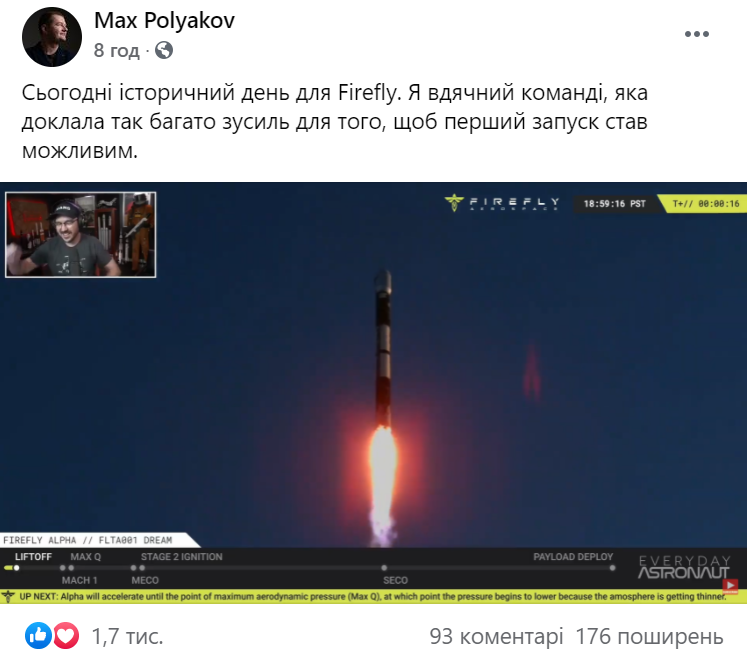 What do we know about Maxym Polyakov? 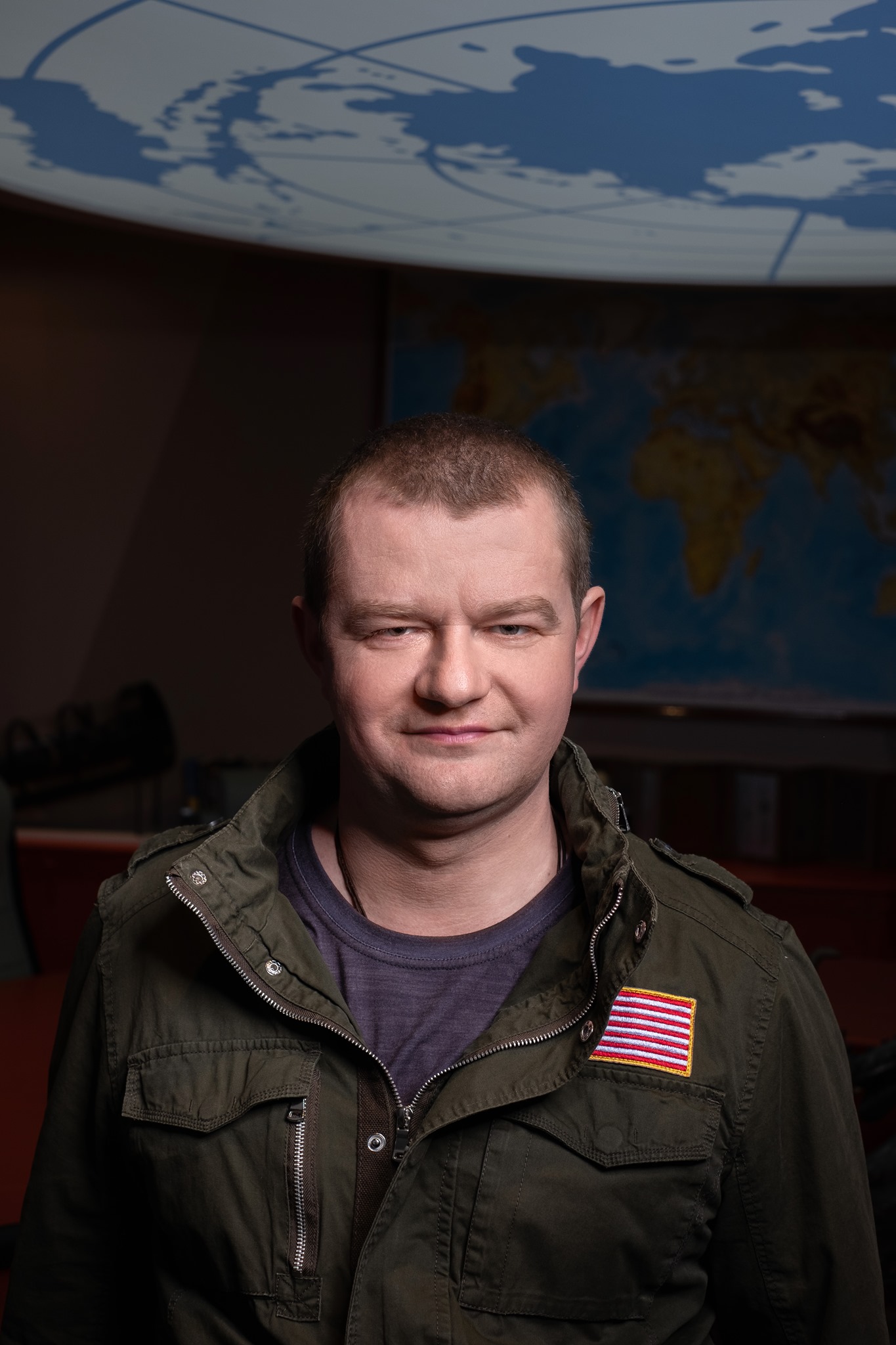 44-years old native of  Zaporizhzhia, Polyakov moved to the United States in 2012 where he co-founded the venture capital fund Noosphere Venture Partners. 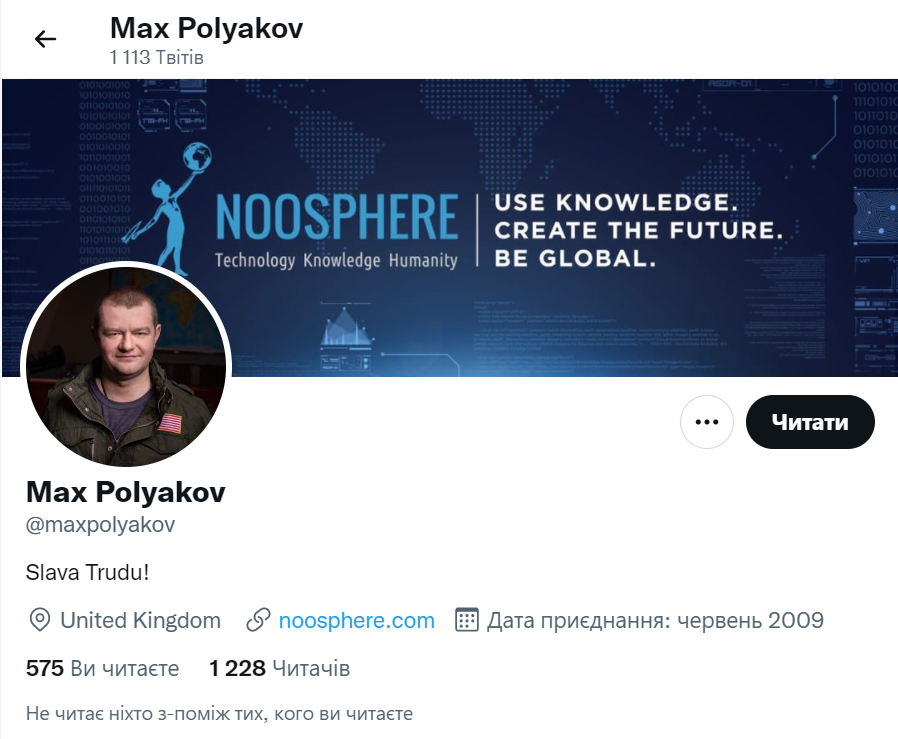 He is often cited in the media as an ‘investor, philanthropist and public figure’, often in the context of the Firefly Aerospace missile development company.

Maxym Polyakov is often mentioned in connection to Firefly Aerospace company. In 2017, the company that develops launch and in-space vehicles  collapsed following the lawsuit from  Virgin Galactic on claims of intellectual property misappropriation. This is when Maxym Polyakov’s Noosphere Ventures arrived on the scene to buy Firefly Aerospace.

Two years later, former owners of Firefly Space System filed a complaint claiming that Polyakov and Firefly former CEO drove the company to bankruptcy to snatch it up for a smaller sum. It remains unknown how the dispute was resolved.

The cpmpany’s first rocket launch was set for 2020, then it got rescheduled for spring and then summer of 2021. Falling behind all launch schedules, Firefly kept courting investors, mostly crypto lenders, and managed to  raise $ 75 million.

Earlier ventures of Mr.Polyakov were literally more down-to-earth. Before he became a ‘visionary’ and ‘investor’, he dabbled in dating sites’ business.

You can still  find a news story by International Business Times covering the investigation that exposed his links to numerous dating cites.

In 2013, BBC found  that online dating company Cupid Plc used fake profiles to boost its membership. BBC report claimed that  Internet surfers received lots of messages from prospective dates when they first joined the free service.  But when they subscribed to the service, interest rapidly tailed off. The story was picked up by Kyiv Post that tracked down the company’s operations in Ukraine. The Kyiv Post reporter went to work for Zaporizhya office of Cupid Plc where she was soon told to urge the dating cite visitors to buy a membership.

In the wake of the scandal the company that was long hailed as ‘a fast-growing tech business’ saw its shares plunge and was soon sold to Grendal Investments that was affiliated with Maxym Polyakov.

Together Networks was also investigated in relation to another disputed deal Polyakov was allegedly involved with.

He sold his shares in Phoenix Holding Ltd, the company that owned Together Networks to a new investor  in a deal worth  $12 million promising quick return. Soon the buyers found that they claimed rights to a smaller share of the company that chronically delays dividend payments and faces dwindling profits –$6 million in place of expected $35.

‘Social casinos’ is lesser-known business of Maxym Polyakov. It is basically online and mobile gambling games. One of his  ‘social casinos’ business remarkably called ‘Murka’ was recently acquired by American-based ‘Blackstone Group’.