On July 21, 2021, ‘Bukvy’ journalist was assaulted by far-right group members outside the Kyiv courthouse. The incident exposed the growing presence of Russian far-right extremists in Ukraine and their influence over sprawl of far-right ideas among Ukrainian youths 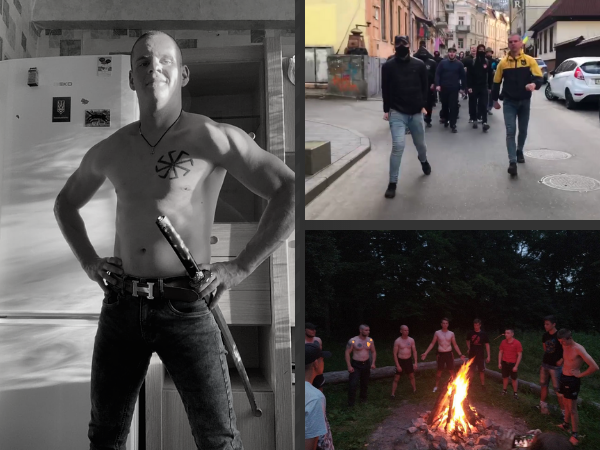 On April 21, The SBU, Ukrainian intelligence service, raided the apartment of Oleksii Bolenkov, a Belarus activist who sought refuge in Ukraine following persecution by the regime of Belarus president Oleksandr Lukashenko.  Bolenkov now faces deportation after Minsk claims he is a ‘Maydan militant’ who  was behind last year protests in Belarus. While in Ukraine the activist, who has resided in Kyiv  for several years, has been involved in civil and human rights’ projects helping Belarus activists and refugees.

Bukvy reporter Oleksii Kuzhelnii was attacked by far right activists at Kyiv courthouse the day the latter was considering Bolenkov’s case. The assailant spat at the journalist and punched him – in a broad daylight, and with police failing to intervene.

Far-right groups staged a rally at the court calling for  extradition of the Belarus activist from Ukraine. One of the rally organizers Oleksii Svynarenko known as ‘Stalker’ aggressively confronted ‘Bukvy’ reporter with a verbal abuse while the far-right crowd kept chanting offensive slogans.

The violent incident took place seconds  after Svynarenko retreated into the crowd when another protester identified as Mykhailo Shalankevych spat at the reporter and punched him in the face with non-reaction coming from law-enforcement officer standing nearby.

What is Mykhaylo Shalankevych known for

‘Bukvy’ looked into his past record and this is what we have found.

Mykhaylo (Mikhail)  Shalankevych who calls himself ‘Gans’ (his online handle is gansss88) is a Russian nationalist. Convicted in his home country on charges of disorderly conduct and robbery, he later popped up in Ukraine to form a new far-right group here.

He is known as a close associate of Russian far-right ‘Restrukt’ group leader Maxim ‘Tesak’ Martsinkevich. The latter was first inducted in 2013 when he disrupted a TV discussion led by Oleksey Navalny by performing a Nazi salute and yelling ‘Seig Heil!’. The far-right group leader also dabbled in making racist-content videos, one of those imitating an execution of Tajik mirgrant got him half a year extra in prison.  After his release from jail, ‘Tesak’ staged raids against drug dealers and soon ended up in behind the bars again where he died from the unknown causes.

Mykhail Shalankevich was inducted by Moscow court in 2018 as ‘Tesak’ accomplice on charges on disorderly conduct,  robbery, intentional body harm, and intentional damage to property. In December of the same year, he was released on serving the full term in a pre-trial detention facility. 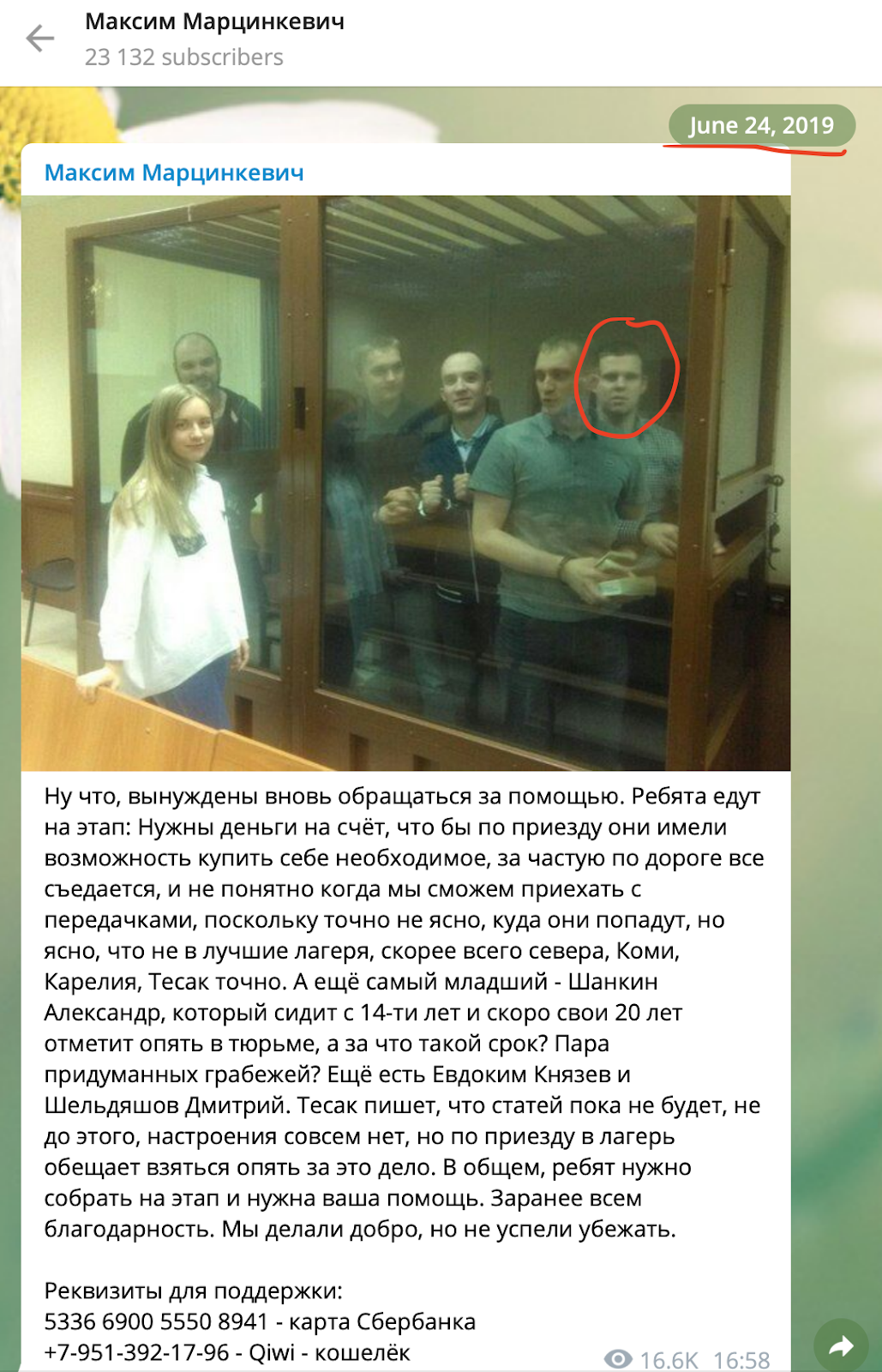 After his release, Shalankevich ‘turned the page’ moving to Ukraine. According to reports, the Russian far-right activist was granted entry in 2020, at the time of Zelenksy presidency.

Bukvy filed official information requests with State Border Service and State Migration Service asking to clarify on status of the Russian far-right convict who is now residing in Ukraine. 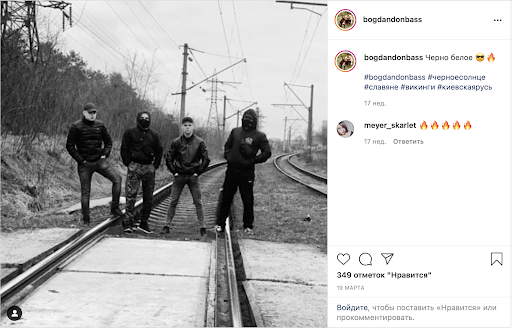 Leather-clad Shalankevich is second from the right 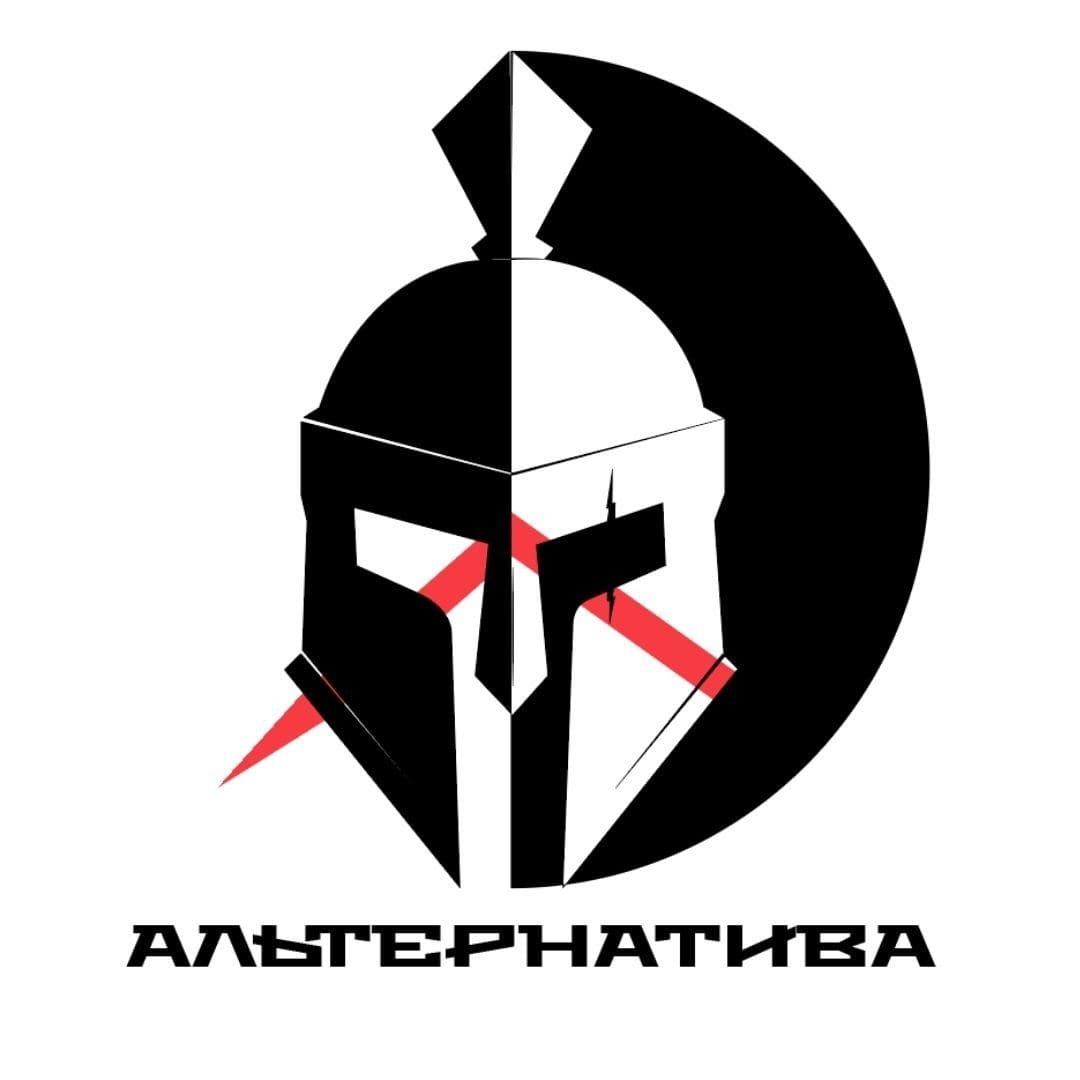 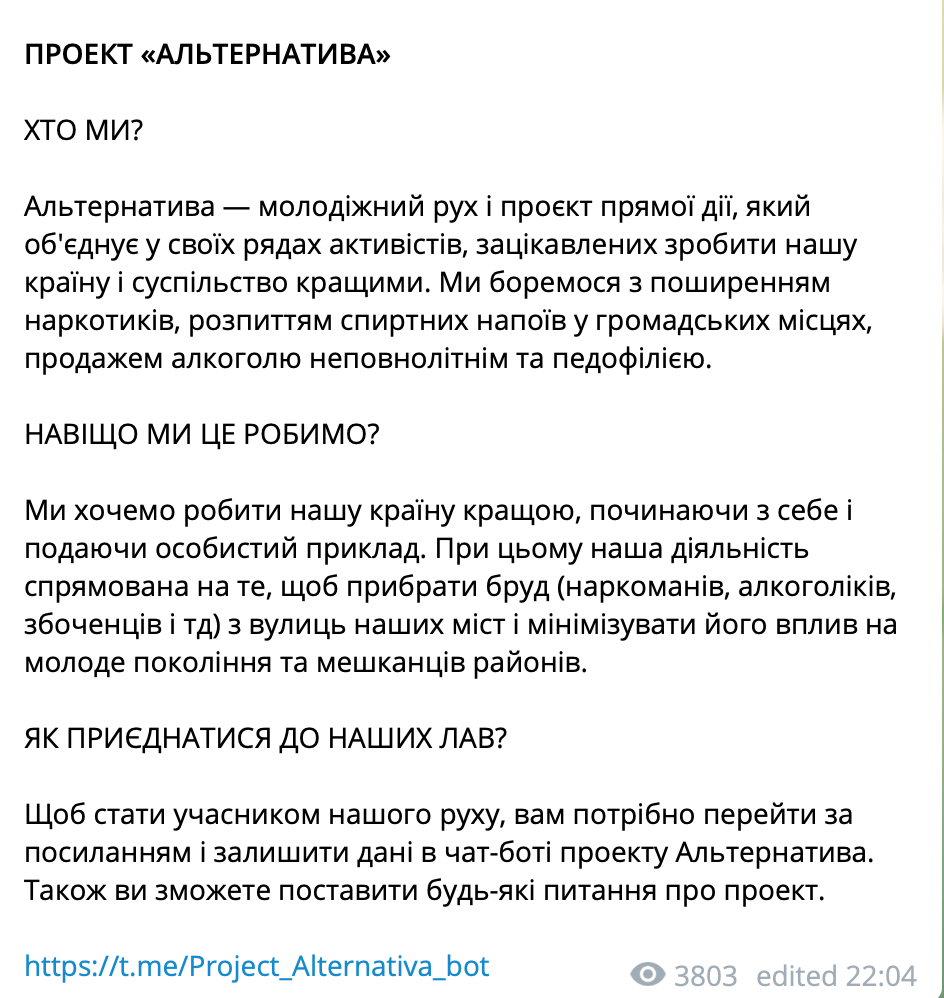 Social media accounts of its members show the organization has several dozens members of different ages- from teenagers to elder men-  sharing ultranationalist, far-right views. ‘ No step back, only forward! Death, death, death!’ 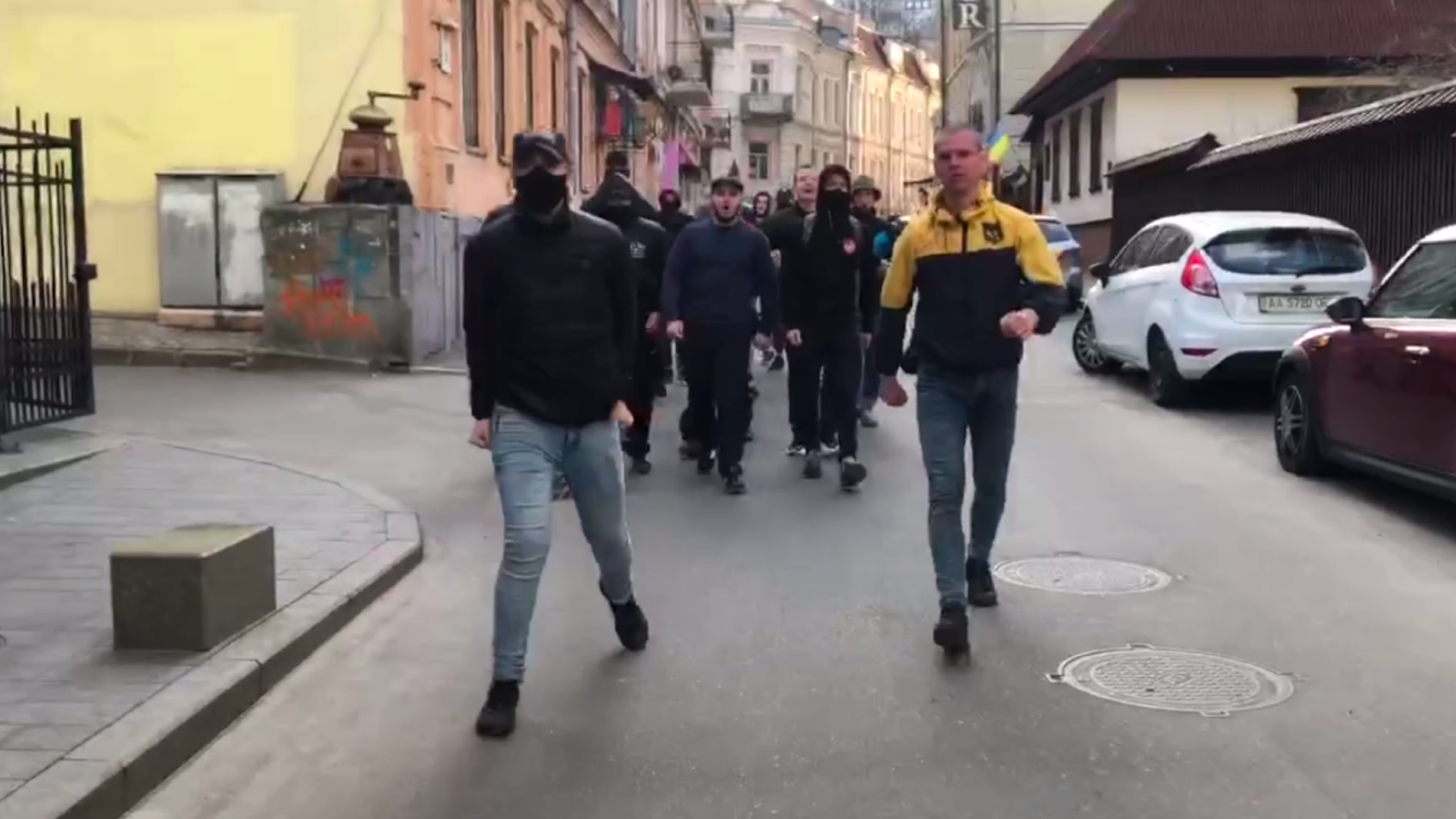 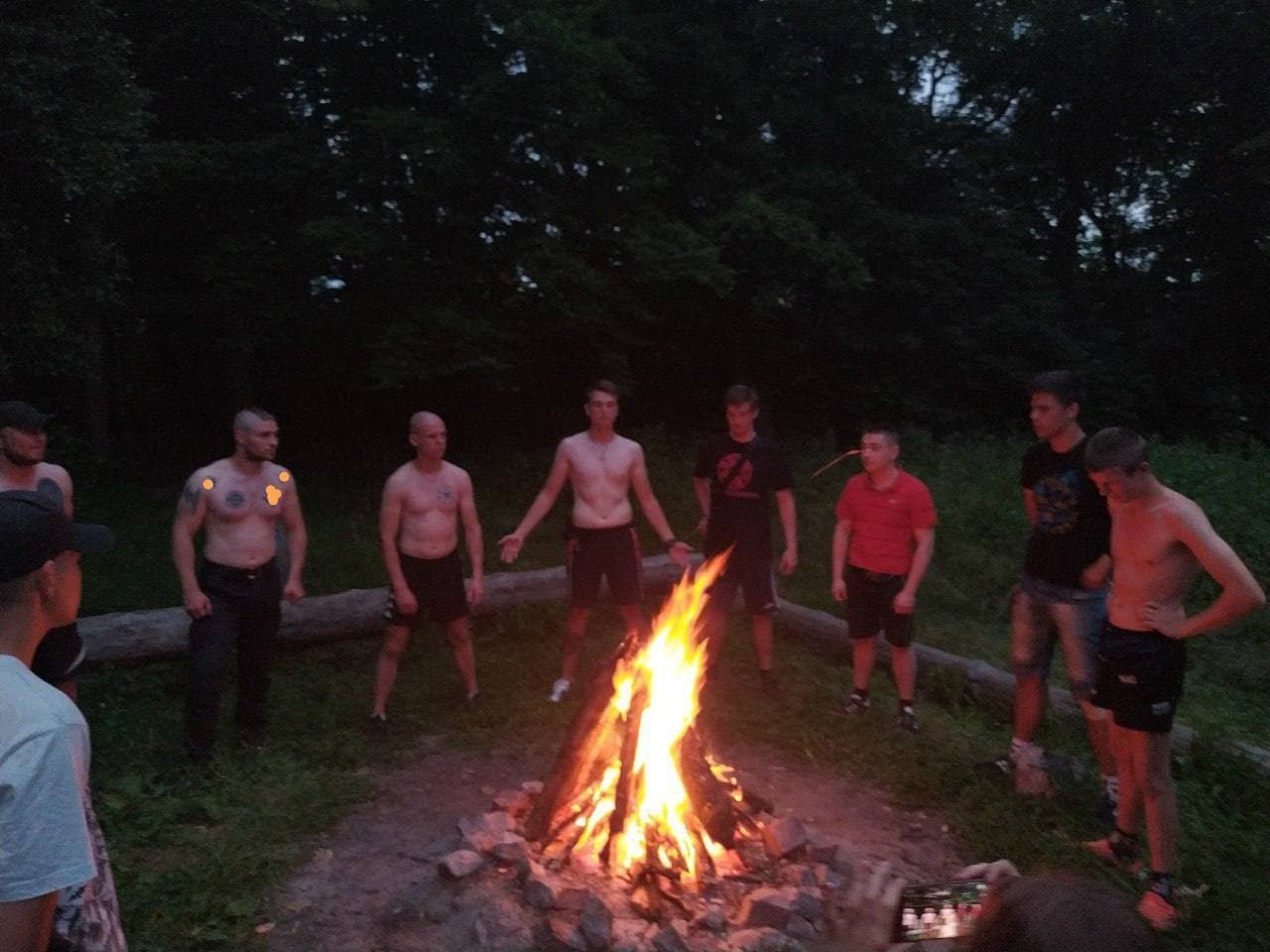 In photos they are often seen performing a Nazi salute while drinking despite their hard-line stance on alcohol. 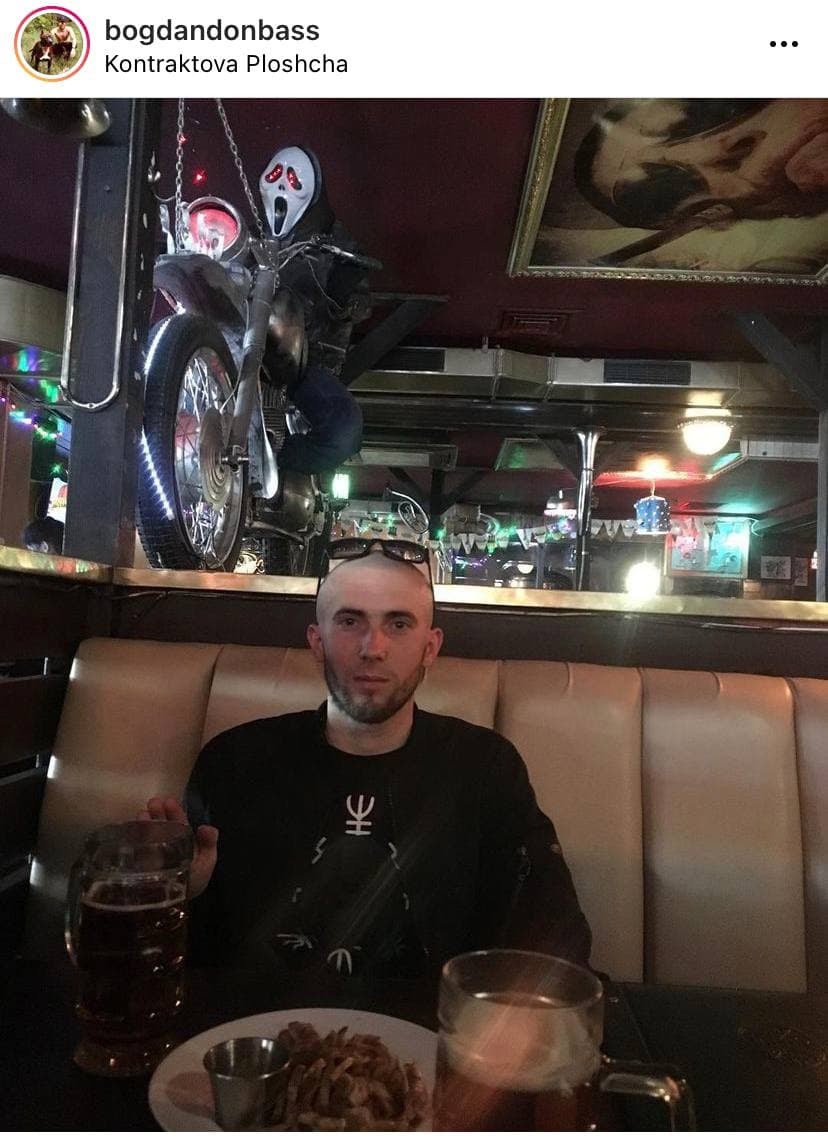 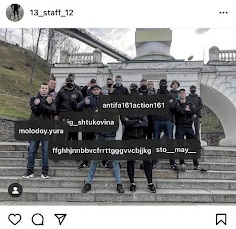 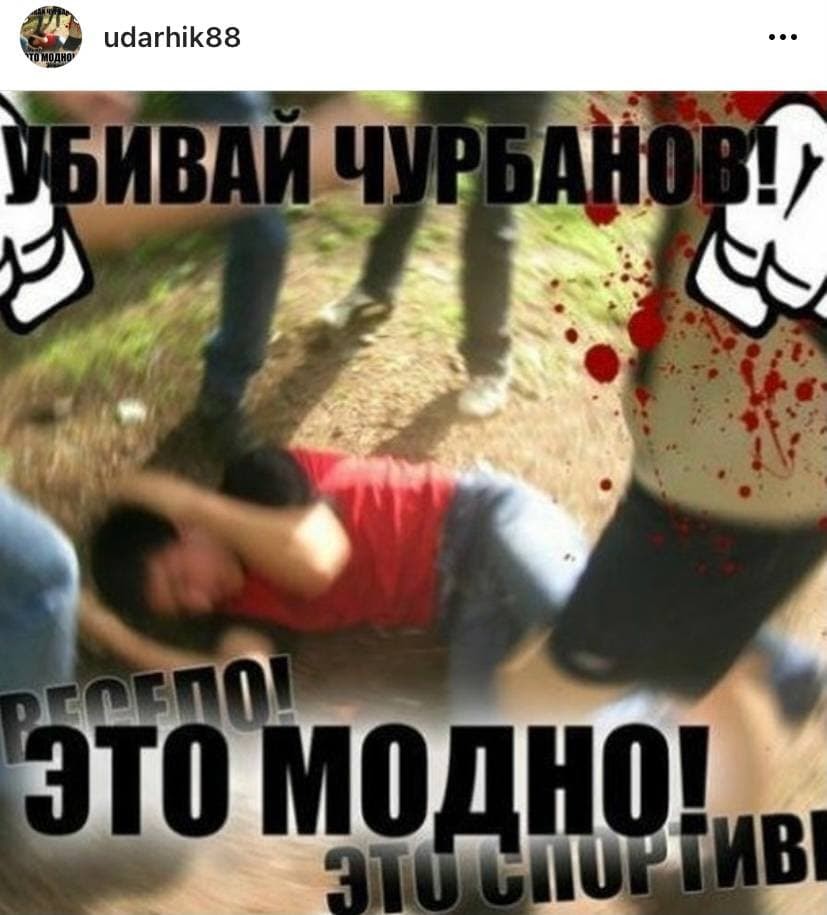 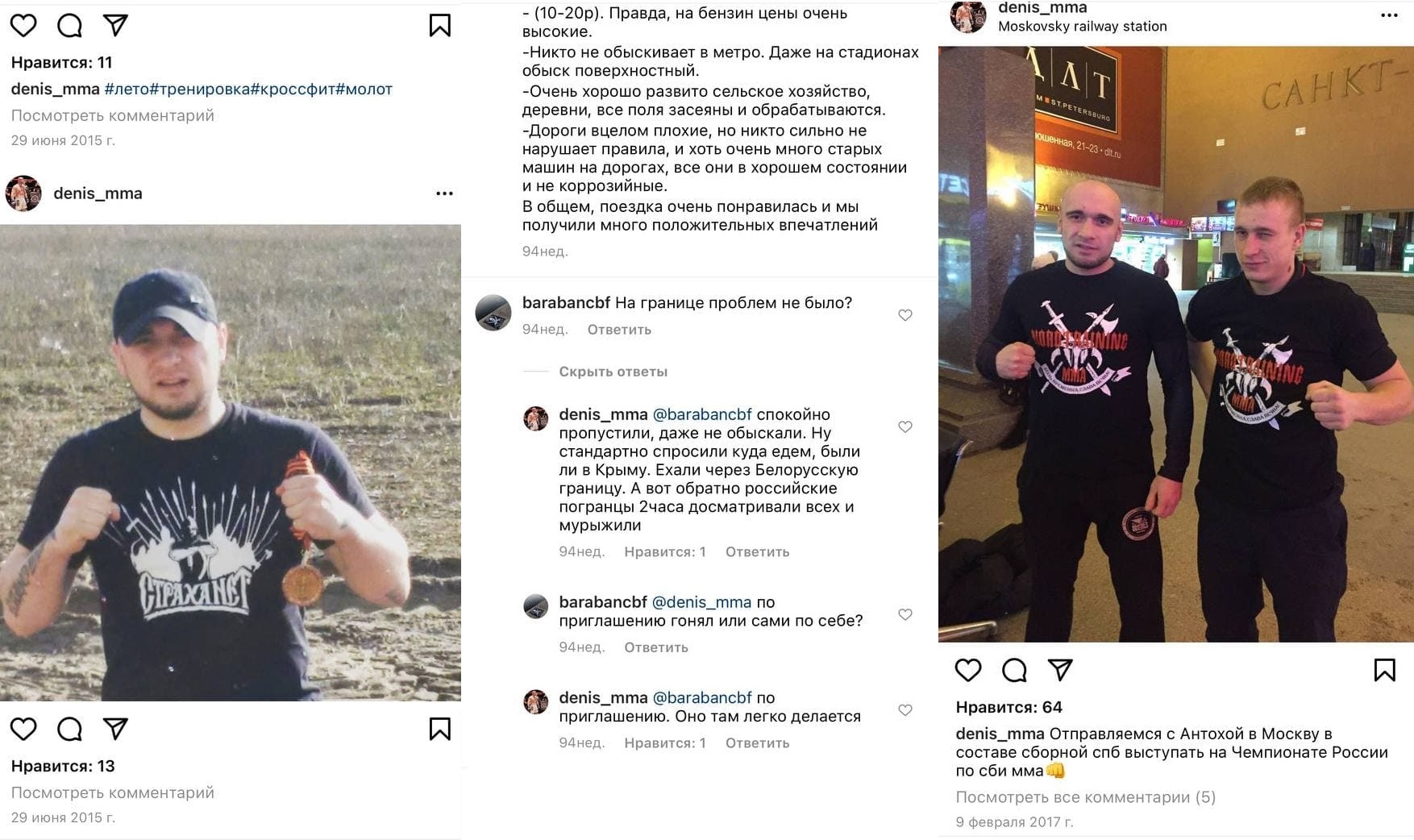 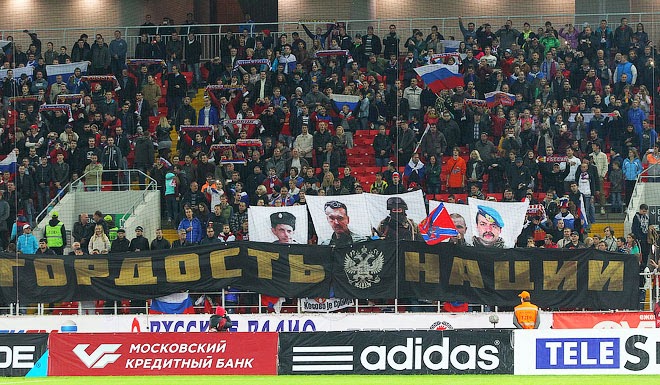 Dvizhkovski’s social media photos of 2015 show him with nationalist Georgian ribbon and medals and wearing a t-shirt with ‘Jugend’ group images. There are also Instagram posts and stories about  his several visits to Ukraine.

The young man was involved in a 2021 assault on a young couple in Kyiv and now faces charges of disorderly conduct with his case now pending in Kyiv Podil Court. 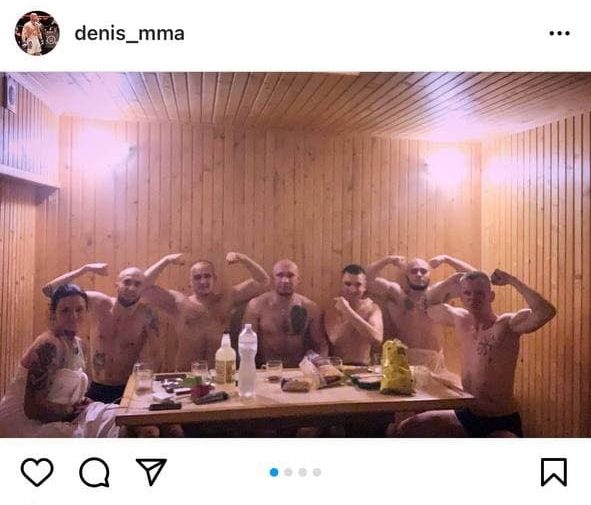 The girl in the photo above is identified as Kateryna Logunova known as ‘Zigunova’ or ‘Tesak’s daughter’.  She avoided indiction in Russia by moving to Ukraine.

The girl claims she was made to move citing three court cases she was facing in Russia for ‘her active work hunting drug dealers’ she chose to dodge.  Entering Ukraine, she cited a different reason claiming she was ‘politically persecuted’. The Russian media outlet ‘Meduza’ reported that in Russia she faced a restriction of movement banning her from leaving Moscow after a petty theft accusations – she allegedly stole a Zippo lighter. Logunova was known as a coordinator for ‘Tesak’ regional offshoot groups. – as of 2014, there were about 40 of such local groups. Logunova said that in Ukraine she was planning to work on ‘social projects’.  Obviously, it is what Criminal Code calls ‘robbery’ and intentional body harm, the things her group fellows were known for in Russia.

There is more evidence of ‘Gans’ Shalankevich links to Russian Neonazi organizations. 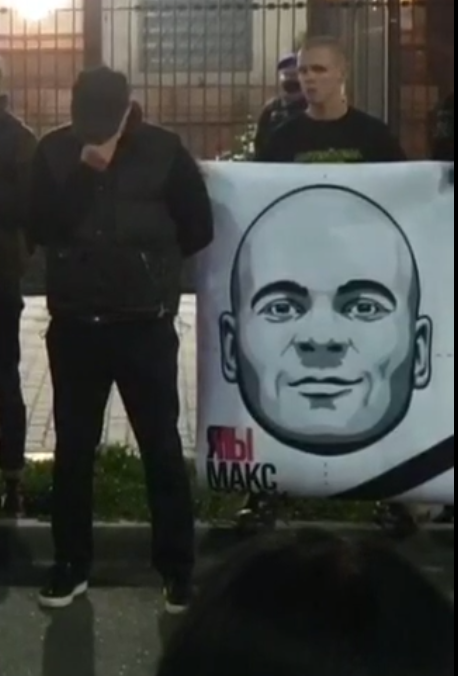 ‘I WE’ is a solidarity symbol used in Russia by different civil activists and even aw enforcement supporters. 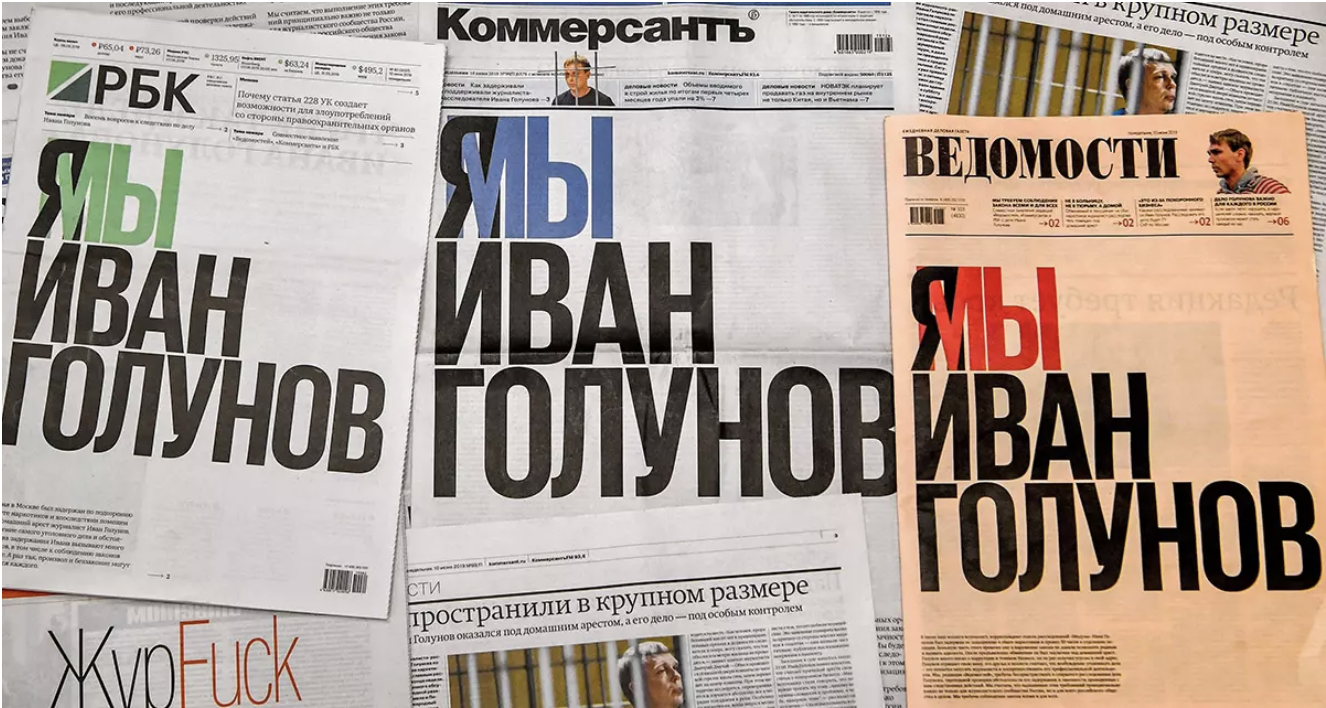 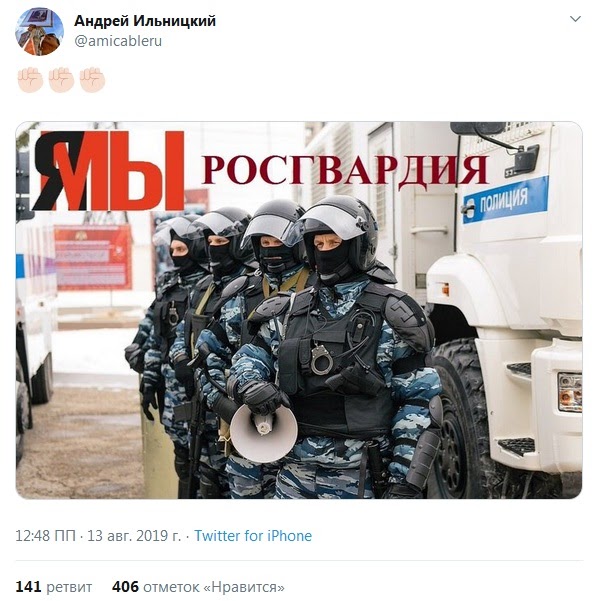 It is commonly appropriated by Russian neo-Nazi groups. 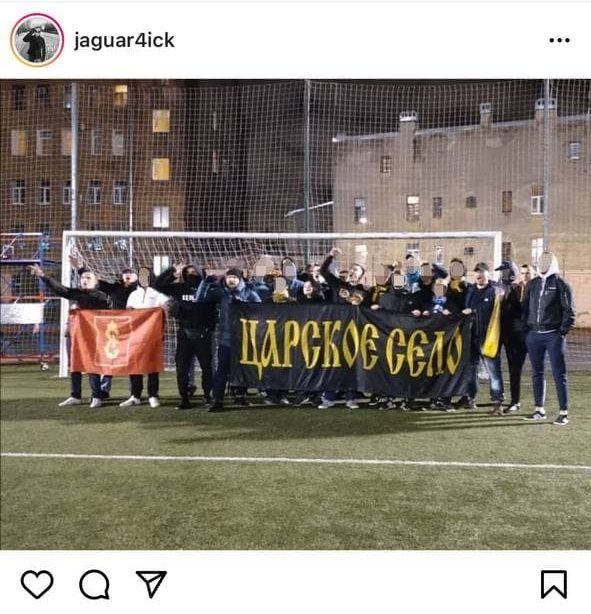 The group provides ‘home’ to members of different Russian far-right organizations with its activists ‘campaigning’ against drug dealers  and illegal alcohol sales, staging hunts against pedophiles, and promoting a ‘healthy’ lifestyle and ‘Tesak’ neoNazi ideas in Ukraine.

When confronting alleged pedophiles, ‘Alternative’ activists can also use  vegetables as an ‘educational’ tool.

The group was seen rallying against new housing development in Kyiv with its Russian leader claiming in video ‘they will not allow our heritage being taken from us’.

Its activists make frequent public raids to the downtown Podil neighborhood to track and bully, both verbally and physically, people drinking alcohol.  In videos ‘Alternative’ members share online they are captured violently attacking their victims.

In a video sent to Bukvy by one of its readers,  ‘Gans’ Shalankevich allegedly attacks two youths  in Kyiv abusing one of them over an ‘inappropriate’ haircut.

Bukvy asks readers to provide other footage  of the incident if available  as the attacker’s blurred face in the video  makes it impossible to correctly identify the offender.

Shalankevich run-ins with the law in Ukraine

Before the recent attack on Bukvy reporter, Shalankevich was involved in another offence – his case of hooliganism is now in Kyiv Podil Court pending final decision.

After the first incident, ‘Alternative’ group leader entertained himself in the police station filming a video with his accomplice Zigunova.

While Zagitova has been virtually non-present on social media, ‘Gans’ Shalankevich has been rather active online – commenting, providing updates on his activities,  and posting images that show him working out, hanging out, acting as a referee at far-right group sport contests. 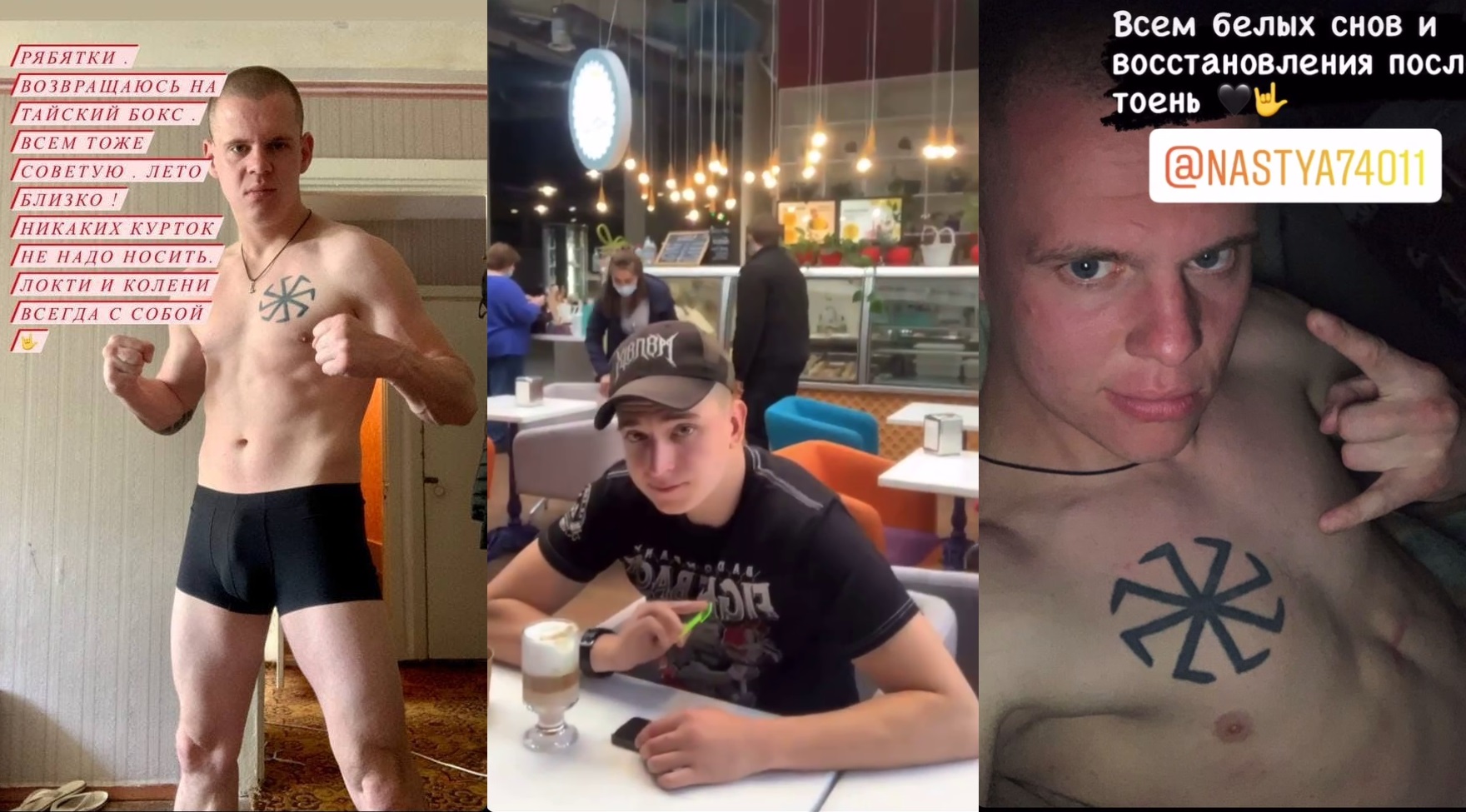 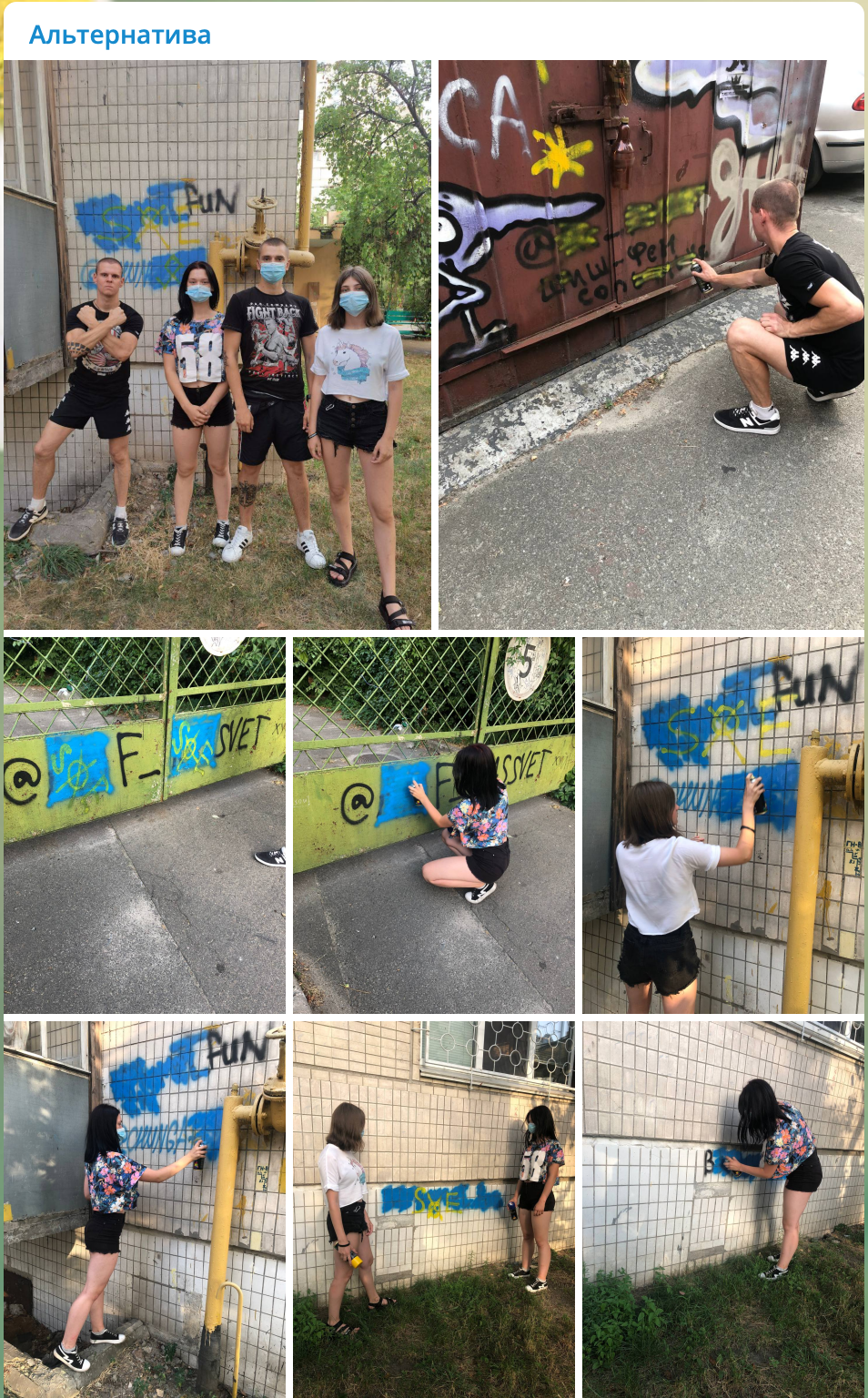 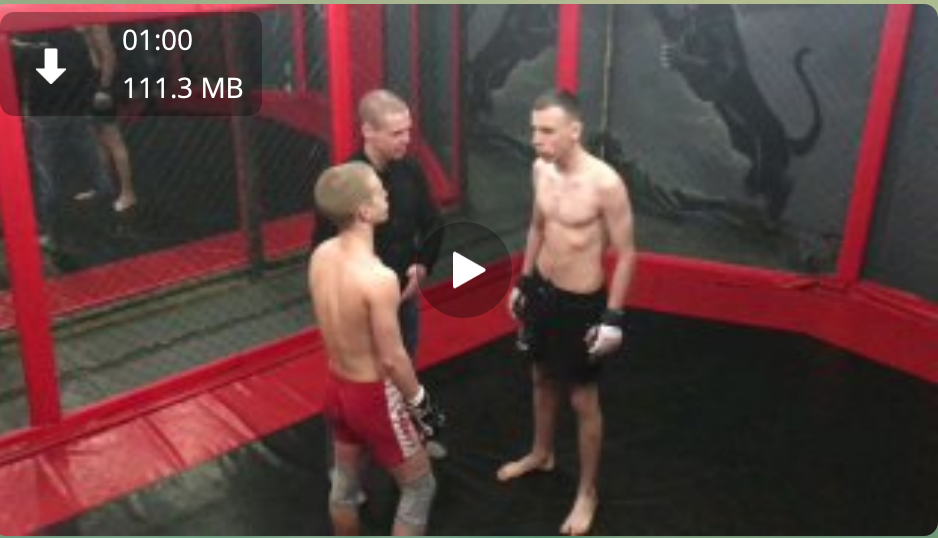 Soon after the assault on ‘Bukvy’ reporter, his social media page was taken down. 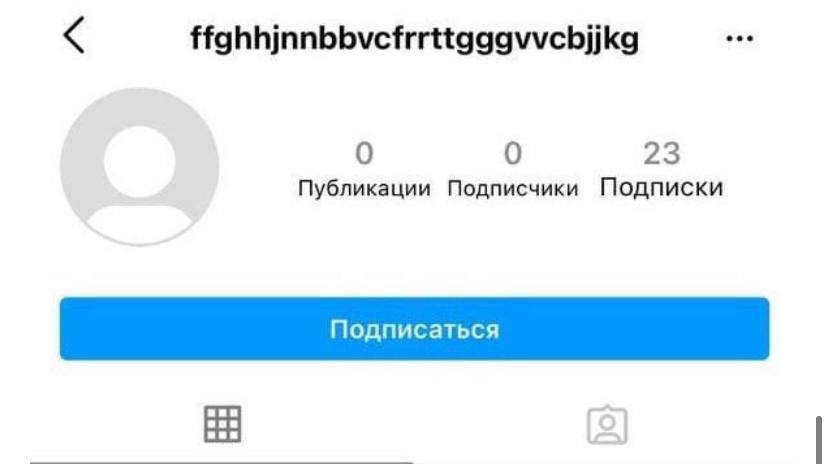 The ‘Alternative’ Telegram channel, though is still up and running – it keeps  sharing ads promoting neo-Nazi books and manifestos by ‘Tesak’ Martsynkevich. 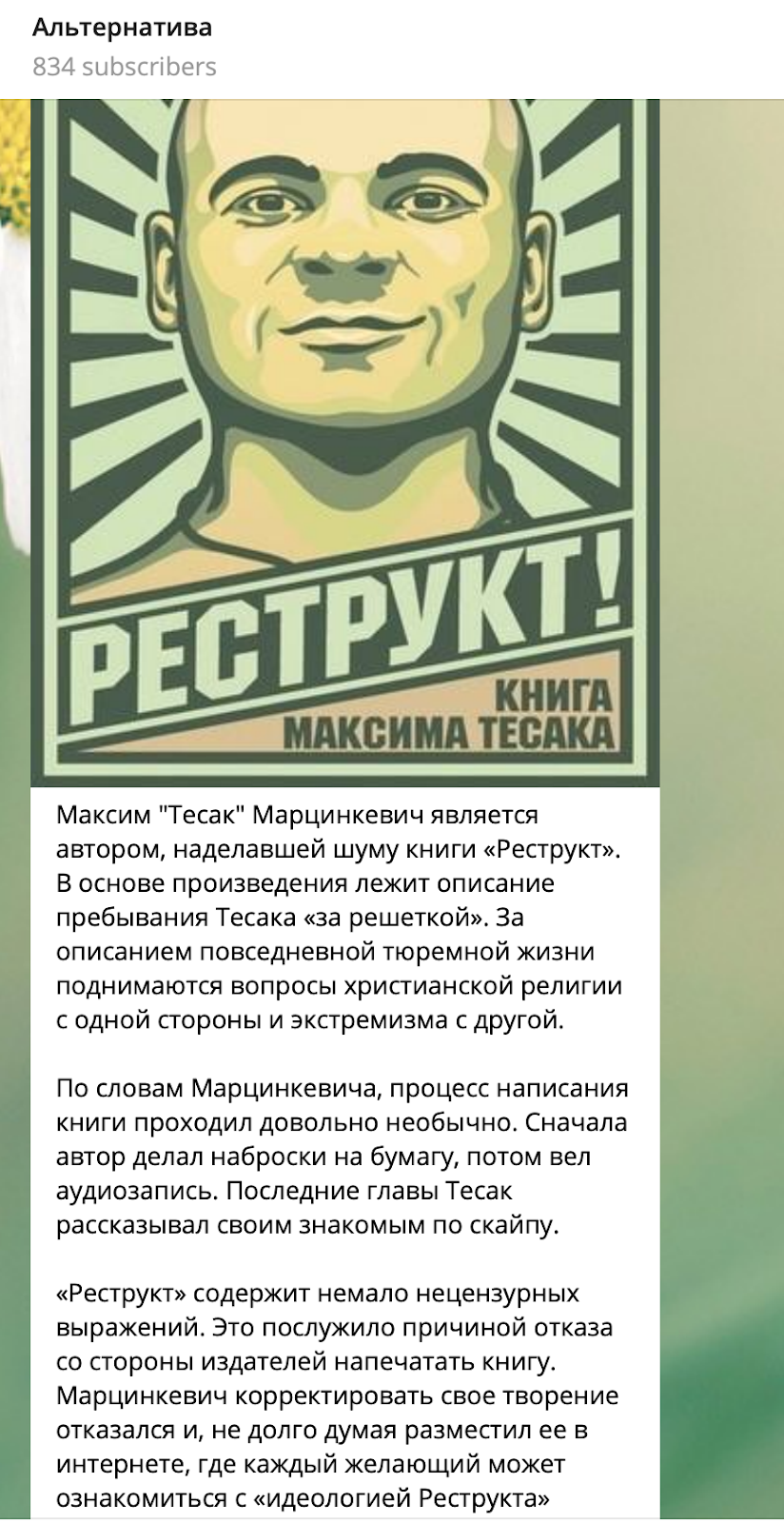 They even rally against Yanukovych-regime party ‘Party of Regions’. 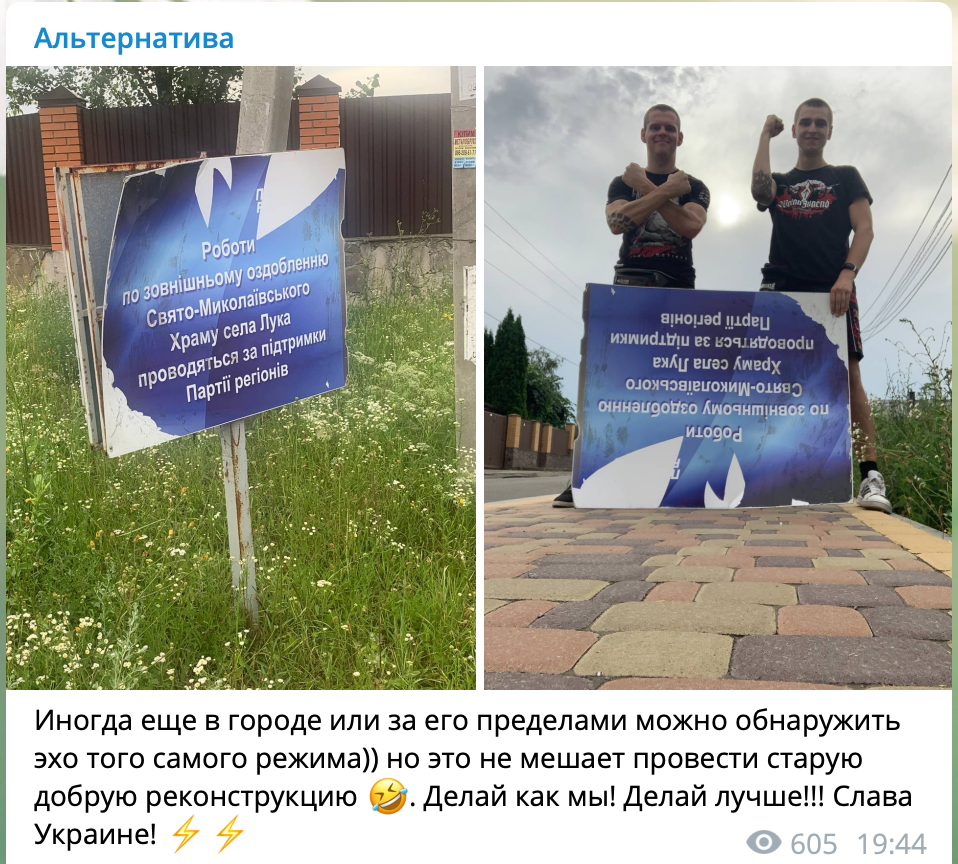 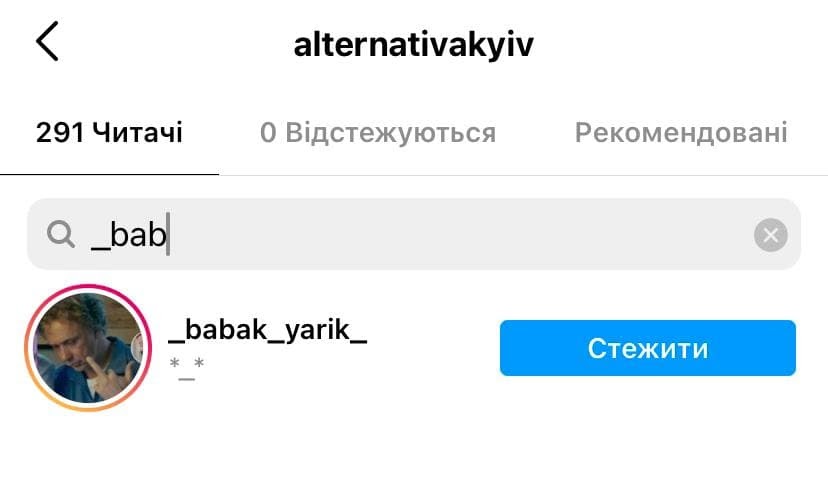 What alarms here is that the average-looking underage boy and his school friends post photos of themselves from questionable  ‘rallies’ and ‘raids’ around Kyiv instead of reading for high school exams. 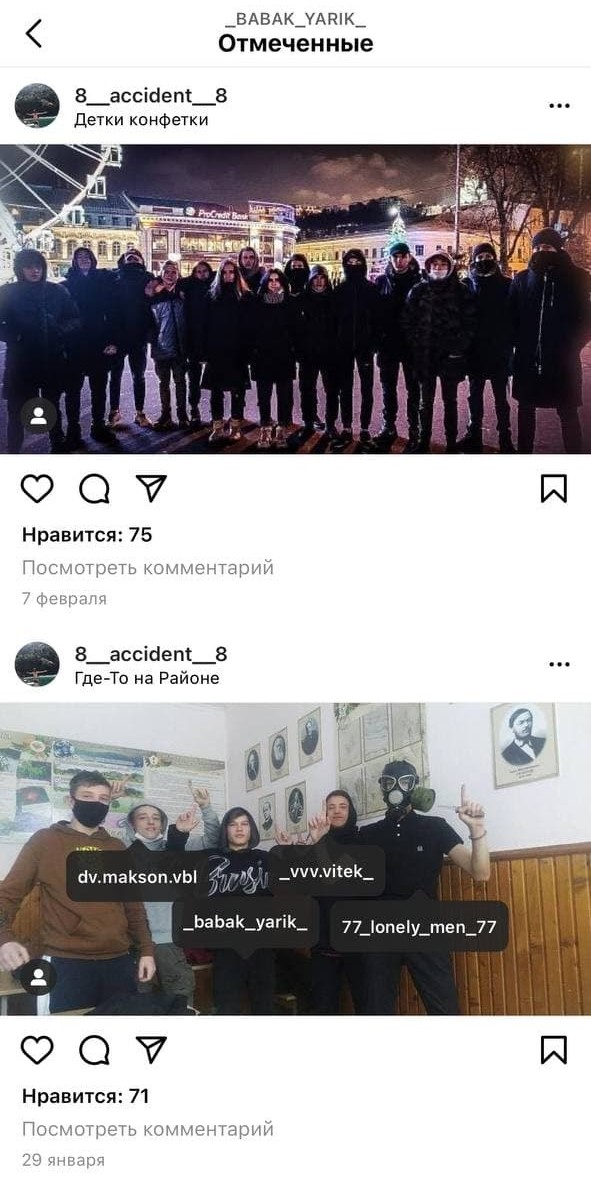 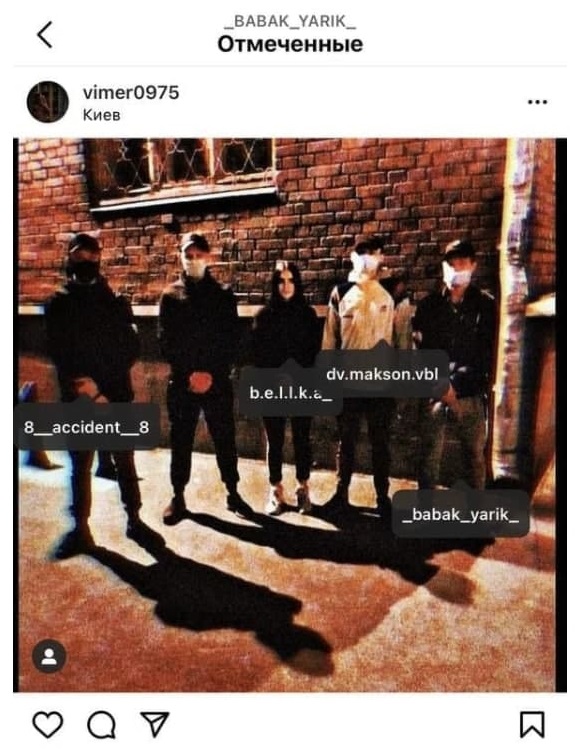 their girlfriends selfies posing in miniskirts puffing on a cigarettes provide a striking backdrop to the story. 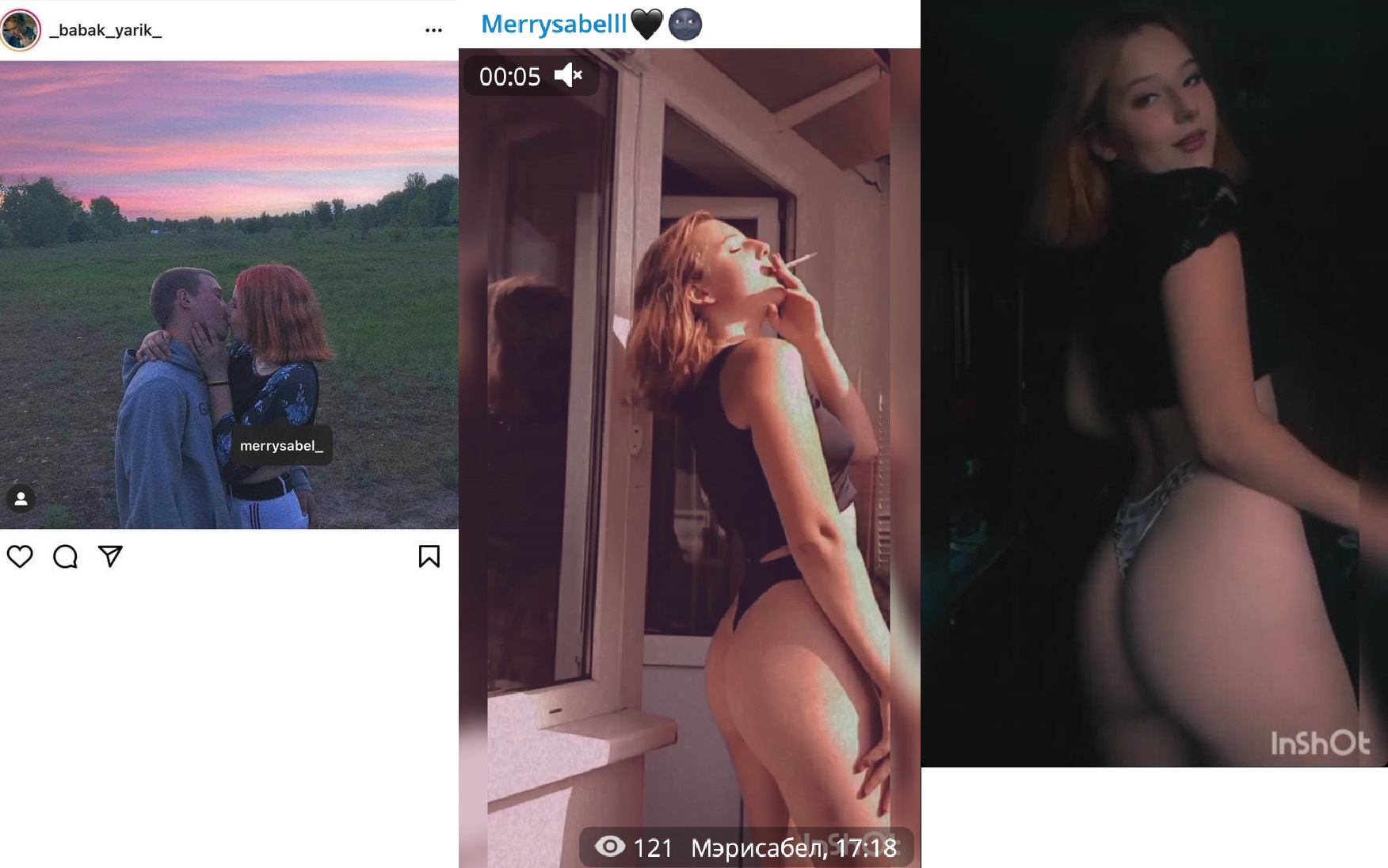 ‘Bukvy’ finds it disturbing to see schoolchildren lured by and recruited  with such extremist rhetoric of Russian neo-Nazi ‘Tesak’. His former associate ‘Gans’ Shalankevich is now successfully planting such things in heads of Ukrainian youths.

This is, probably, how Russian neo-Nazis see the idea of ‘re-establishing order’ in Ukraine.

The violent act against our reporter that took place outside the Kyiv courthouse was met with strong condemnation, both domestically and internationally.  The words of support for ‘Bukvy’ came from Yuriy Gudymenko, one of ‘Demokratychna Sokyra’ leaders.  The assault on Oleksandr Kuzhelnii  was also slammed by ‘European Solidarity’ Kyiv council member Oleksandr Pogrebyskii.

‘Bukvy’ filed official requests to State Border Service and State Migration Service for details on legal grounds allowing a Russian ex-convict to reside in Ukraine. We also have reported the offense to Kyiv police.  Our journalist even had to take a COVID test to make sure there is no risk of infection after the right-wing extremist spat him in the face.

The team  of ‘Bukvy’ news outlet strongly denounces passive response of law-enforcement agencies to such blatant attack against the media worker and is eager to provide any help to held the offenders accountable.

As an independent media organization, ‘Bukvy’ is no stranger to situations when our reporters have to deal with threats and violence.

In late 2019,  ‘Servant of the People’ MP Bohdan Yaremenko threatened our photographer after the disgraceful revelations showing the MP was exchanging text messages with a prostitute. Back then, ‘Bukvy’ got support from volunteer lawyers  and National Union of Ukrainian Journalists.

In September, 2020, our reporter faced the similar threats from then ‘Servant of the People’ MP Yevhen Shevchenko.

In 2019 ‘Bukvy’ was also targeted by a lawsuit from Viktor Medvedchuk, the ‘Opposition Platform for Life’ party leader and closest friend of Russia’s president. The politician took the media outlet owners Kateryna Roshuk and Petro Terentyev to court over the news story on his lawsuit against film-makers of Vasyl Stus biopic. The court decision in that case is still pending.