‘Bukvy’ explores the story behind the deal that sees a bold foray of the Czech financier into Ukraine’s media business.

‘Olena Prytula, the founding editor of online media Ukrayinska Pravda (UP), and Tomas Fiala, the CEO of Dragon Capital, announced today an agreement under which a 100% stake in the publication and related assets will be transferred to the Dragon Capital group of companies,’ said Dragon Capital in a Wednesday statement.

The deal was shrouded in secrecy and it still remains obscure what exactly Tomas Fiala acquired given the fact that ‘Ukrainska Pravda’ is a mutli-layered copropate business listing three different legal entities –  the public organization, the private enterprise, and the limited liability company – under its brand name.

Being affiliated with the first two, Olena Prytula though could not secure such a deal on the public organization ‘Ukrainska Pravda’ –  this non-profit entity lists two more co-founders, and is not a venture driven by profit. 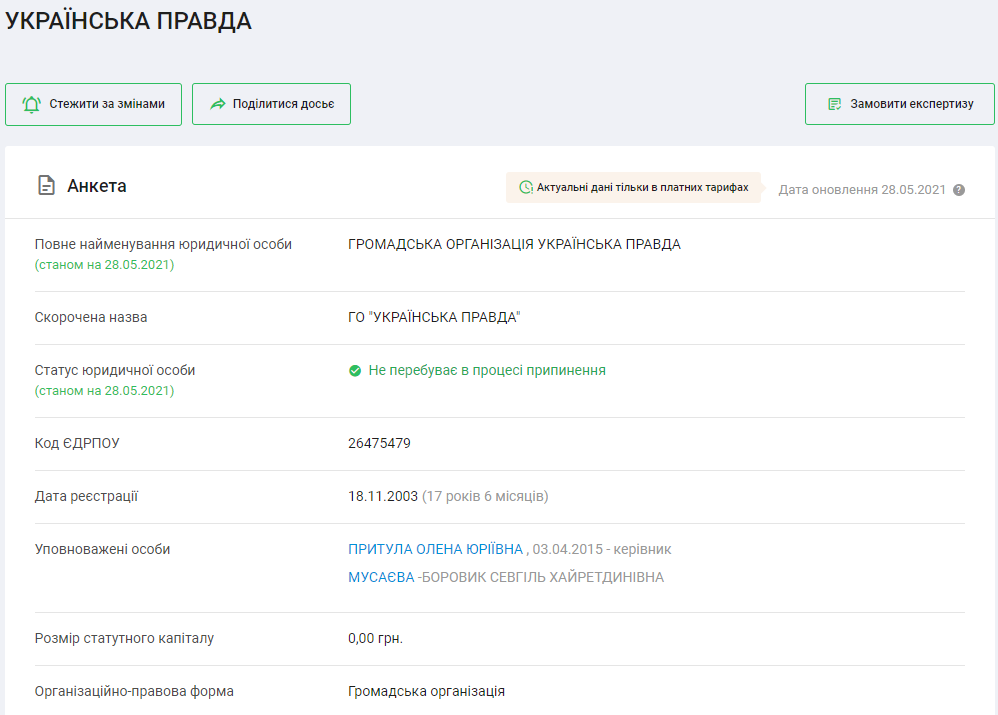 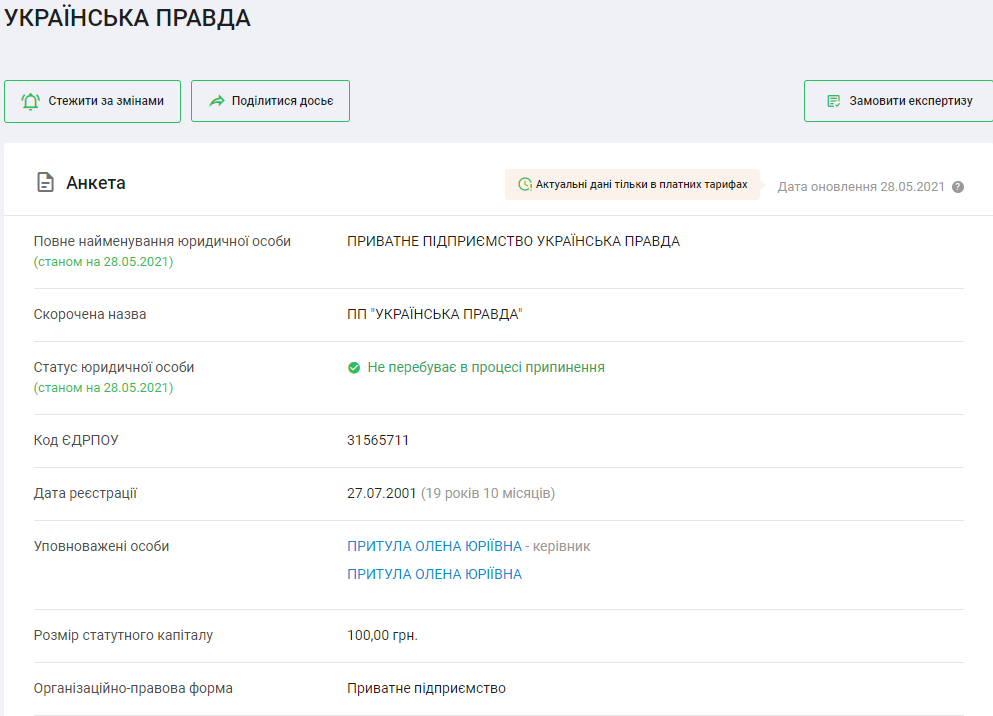 The key to this puzzle is found when you look at who holds the registered trademark to “Ukrainska Pravda’.

We found that it is Ukrainska Pravda Media LLC formerly known as Sakura Park LLC.  Sakura, meaning cherry blossom in Japanese, came as a veil for ‘Ukrainska Pravda’ throwing many off the trail.

The controversial blogger Anatoliy Shariy fell for the trick – he claimed winning the lawsuit against Ukrainska Pravda and soon found he targeted  the ‘wrong’ Ukrainska Pravda.  In her comments for Institute of Mass Information, Sevgil Musayeva, UP chief editor, denied her news site ties to  Ukrainska Pravda LLC.  It came as no surprise the lawsuit left her media unscathed. In assessment of the story, Institute of Mass Information alleged the blogger should have sued the private enterprise ‘Ukrainska Pravda’ where Olena Prytula was listed as an executive.  According to  State Register of Court Decisions, previous claims made against ‘Ukrainska’ Pravda were routinely filed against its private enterprise.

This is how we we figured out that ‘Ukrainska  Pravda’  was ‘hiding’ behind the veil of  UP Media LLC formely known as Sakura Park LLC.

It is clear now that Tomas Fiala bought  Olena Prytula’s UP Media LLC –  Youcontrol records confirm  his Cyprus-based ‘Dragon Capital Investments Limited’ as a sole owner of the business.

The LLC company, according to its articles, is engaged in wide range of business activities  –  leasing of intellectual property and similar products,  audio, video and software reproduction, newspaper printing, information and advertising  activities, advertising brokerage.

How much the deal is worth remains a mystery. In her remarks on the deal, Olena Prytula revealed her intention to hand over $100,000 to the family of Georgiy Gongadze, and make two donations of $250,000 each for Pavlo Sheremet scholarship and Georgiy Gongadze Award.