Ukrainian general Ihor Pavlovsky is released from jail on the 18 millon hryvnas’ bail covered by donations from civil activists and politicians.

The former deputy defense minister was detained in July over his involvement with defense contracts worth 475 million hryvnas that allegedly left the Ukrainian military with ‘deficient’ military equipment.

The fundraiser was staged by civil group Sprava Gromad. In less than 2 weeks the public effort received over 2 million hryvnas while  the rest was donated by Petro Poroshenko fund.

‘We have ‘bought out’  Lt. Gen. Pavlosksy from captivity’, wrote his lawyer Rostyslav Kravets on social media Friday. 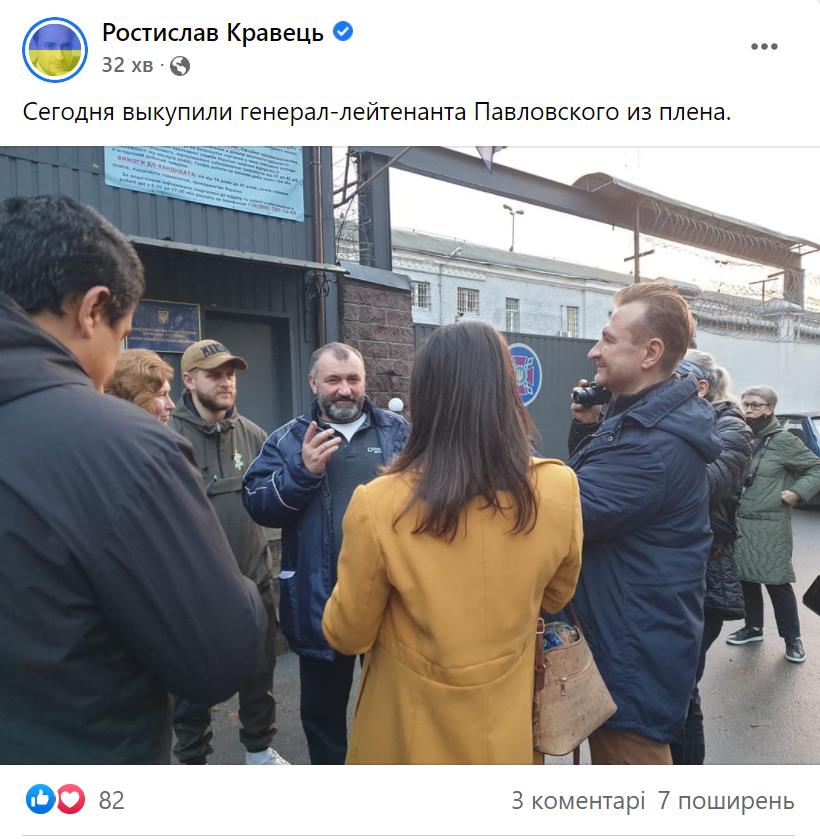 ‘For me, for all our team is a great celebration. It is a small step to justice’, said ‘European Solidarity’ leader, praising patriotism and professional accomplishments of Ihor Pavlovsky.

He also thanked his fellow party members who eagerly helped  the fundraising campaign with their donations.

Ihor Pavlovsky said getting support from war veterans, friends was ‘the most important thing in  this situation’.

‘No-one understands today how Army units were put together back then. In fact, the Armed Forced were restored from ruin. Our military complex was back and running.. And they worked, and never failed to meet requirements of any of defense contracts starting from 2014… and [they worked] for the smallest amount of money our state budget could offer at those times’.

The released general thanked ‘European Solidarity’ for their efforts that made his release possible, adding that charges prosecutors come with are ‘disgrace’ that will be ‘defeated’.

It is worth noting that Gen.Lt. Pavlovsky was initially set a bail at staggering 400 million hryvnas, yet his lawyers’ team managed to bring it down to 20 million.