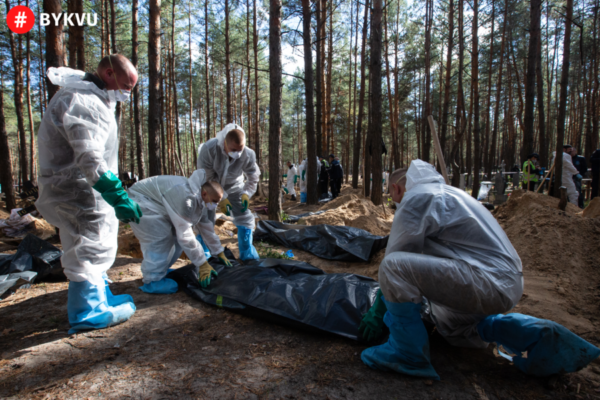 Dressed in plastic overalls, Ukrainian forensic teams are proceeding with the grisly procedure of exhumation at the mass burial site in Izum, Kharkiv region. There are concerns that most of the recovered bodies can remain unidentified.

The investigators had put up a makeshift tent to change before they set to work.

Some of the recovered remains are believed to be buried in early March, soon after the Russian invasion, making it hard to indetify them.

After the bodies are lifted out of the graves, they are carried to a special site for a closer forensic examination. 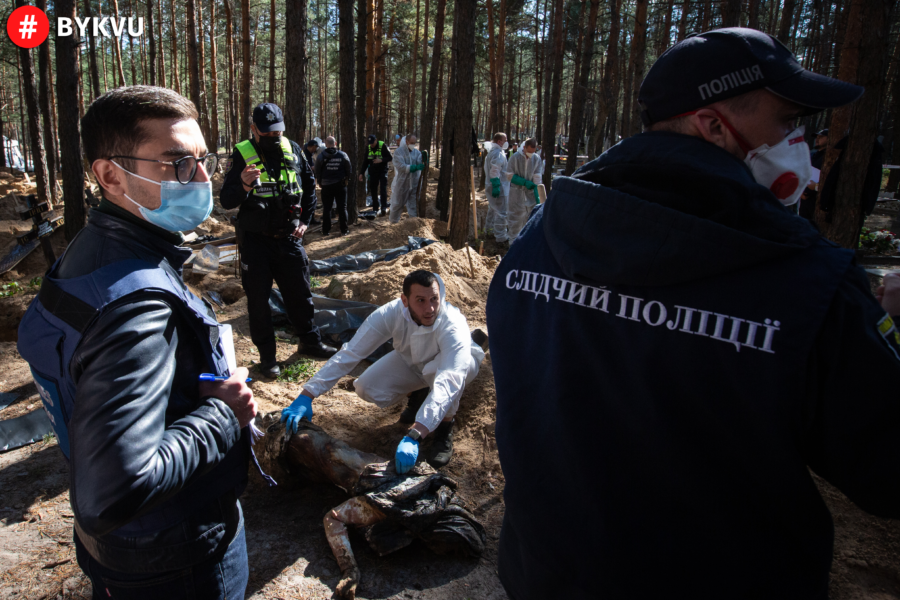 As some of the mass graves appear to have bodies of families it is feared there will be no-one to help with their identification. 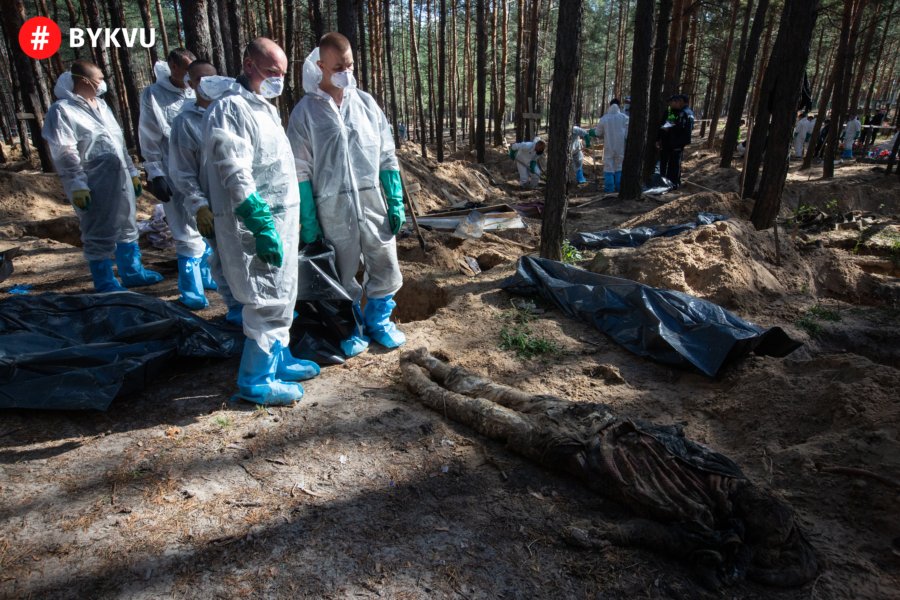 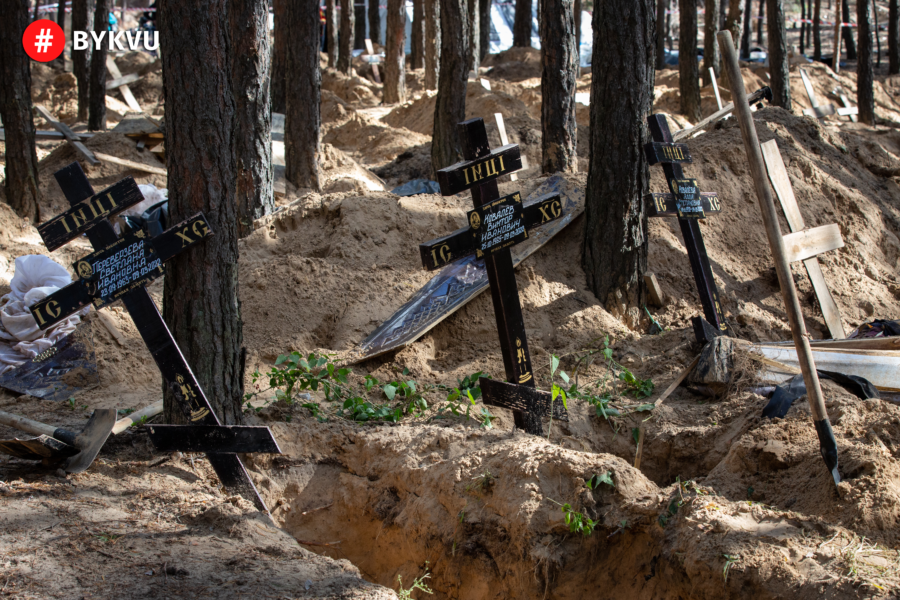 According to official accounts, the mass burial site had 440 bodies.

When the site was discovered, Izum mayor Valeriy Marchenko said it would take about 2 weeks to exhume all the bodies. It is also believed some new grim finds can discovered as the search in the nearby area is still underway. 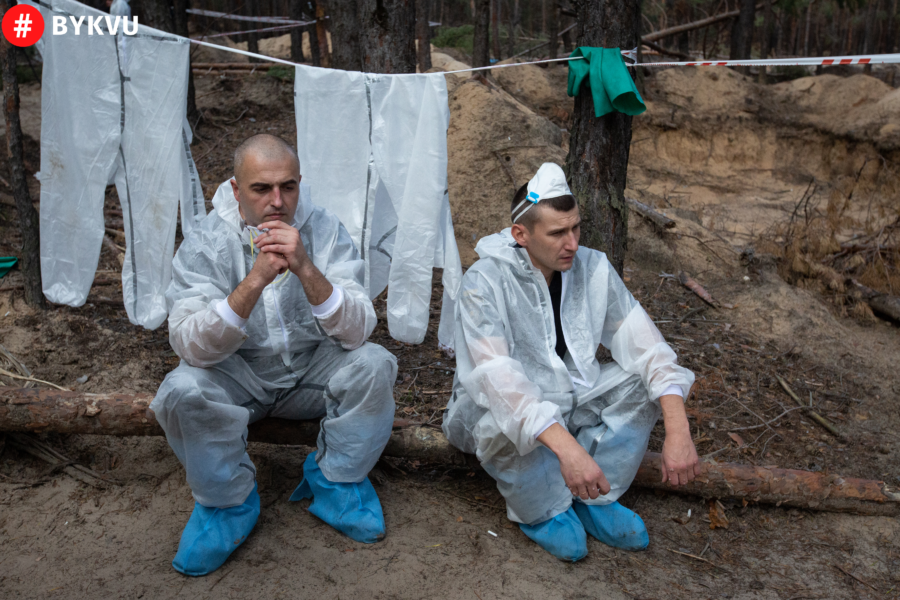 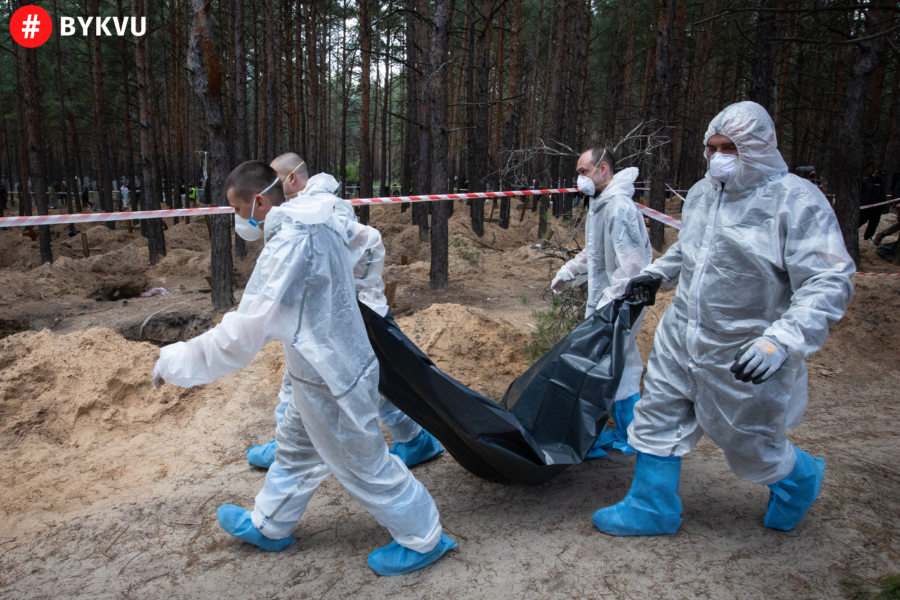 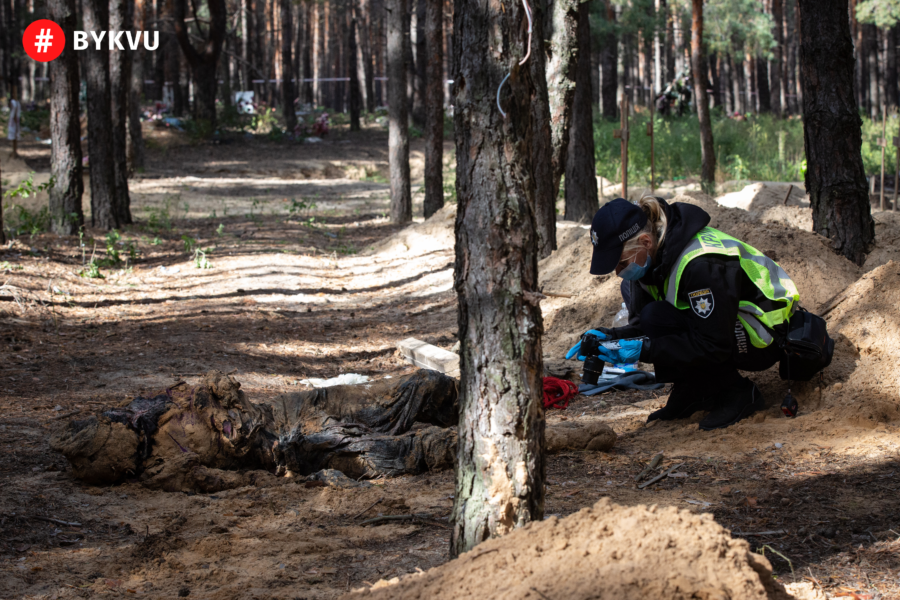