Social media has served a collective facepalm after Ukrainian Instagram influencers staged a party with scantly-clad girls  on the day Ukraine remembers victims of Holodomor, a man-made famine that claimed lives of several million people in 1930s . 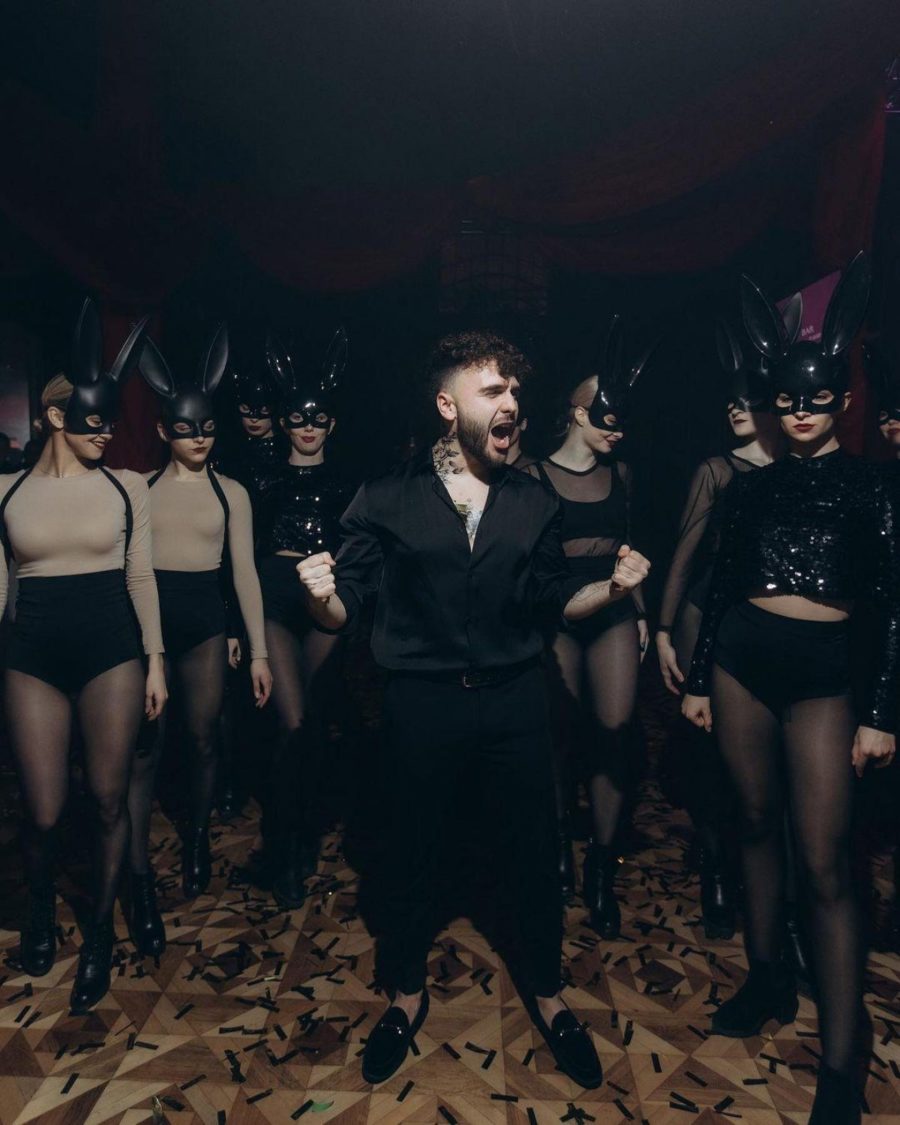 Chernivtsi native Instagram influencer Oleksandr Zalisko just shrugged it off and threw a lavish birthday party  in Lviv bringing together a crowd of Instagram personalities most of whom boast over a million of followers each.  Among those in attendance were Sasha Bo, Tanhya Samburska, Valeriya Yurchenko, Natali Lytvyn, and Volodymyr Ostapchuk. 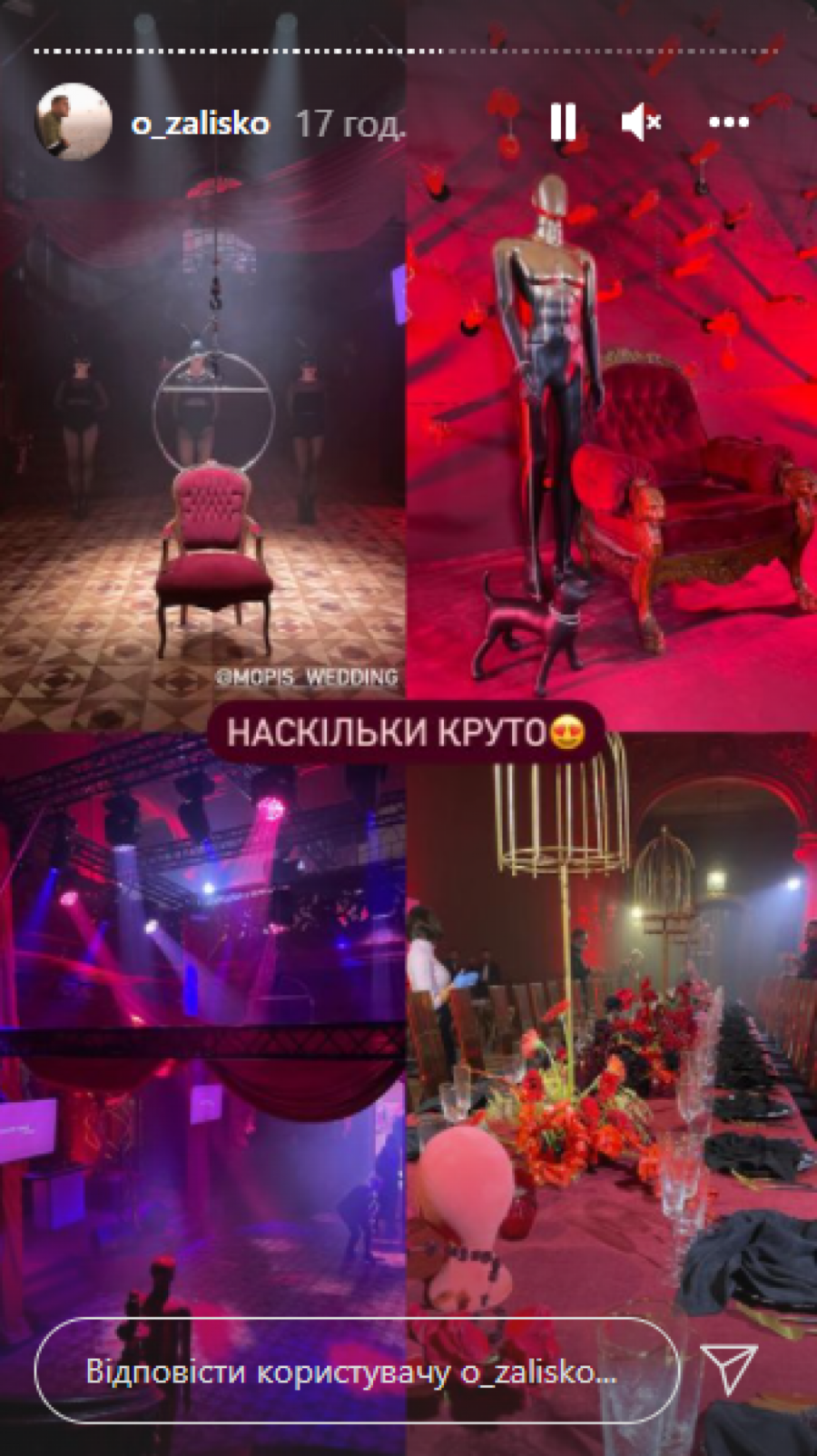 The damning story soon caught attention online after the party  guests shared  the  photos from Lviv celebration  in their  Instagram accounts.

Misjudgment about timing of the festivity was too obvious for many sparking a fierce social media storm.

The Instagram influencers soon went into the defensive mode with most of them offering  awkward excuses like ‘it was just his birthday’ and ‘we were just guests’.

Oleksandr Zalisko was defiant arguing  he was ‘celebrating his birthday because he just wanted to have it’ . 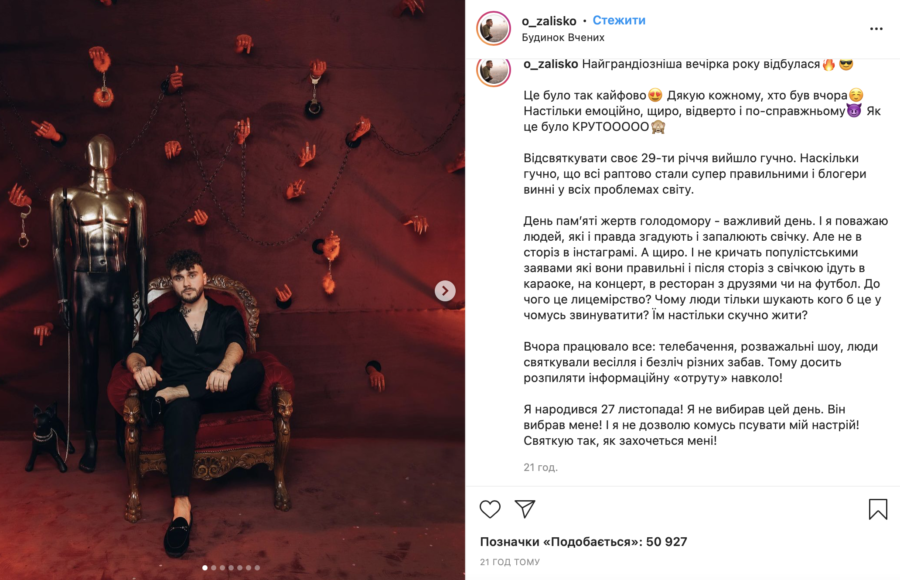 The story didn’t go unnoticed by local police as Lviv region is still on red quarantine list, meaning such gatherings in public buildings are verboten.

Police report was filed and the event organizers of his bash are now facing a 17 thousand hryvnas’ fine over violation of quarantine policies.

The party was staged in the community center ‘Budynok Vchenykh’, and its administration was left red-faced scrambling for excuses.

Lviv City Council said on Monday they were closing down Budynok Vchenykh due to blatant violations of red zone rules.

Social media users called out the Instagram influencers over their high jinks that were clearly ‘insensitive’ and out of tune  on the day Ukraine commemorates  tragic events of its history.

The story also prompted uncomfortable questions for the brands and companies that have sponsorship and endrorsment deals with the bloggers.

Rozetka, Metro, Lovare, Flint, Pepsi, Foxtrot, and Nova Poshta swiftly went into damage control and announced they were cutting ties with the Instagram bloggers who attended the party.

Some companies were still sitting on the fence despite the fallout of  Lviv party  scandal.   Among those are Kyiv TSUM leading department story owned by Rinat Akhmetov  and Kyivstar mobile operator owned by Veon company affiliated with Russian Alfa-group.