The backlash over re-sell of volunteer-sponsored hard body armor in a Cherkasy house improvement store prompted a probe by Ukraine’s security agency and made Epicenter K, Ukraine’s biggest house improvement retailer, severe ties with the company accused of a fast-buck scheme

Many Ukrainians on social media were left fuming over the images that showed ‘not for resale’ bullet-proof vests allegedly made for the Ukrainian army popping up in the ‘Epicenter K’ hardware store in Cherkasy.

The news came on May 17 from volunteers of ‘Lviv defensive cluster’ group who spotted the hard body armor items in a Chekrasy hardware store. 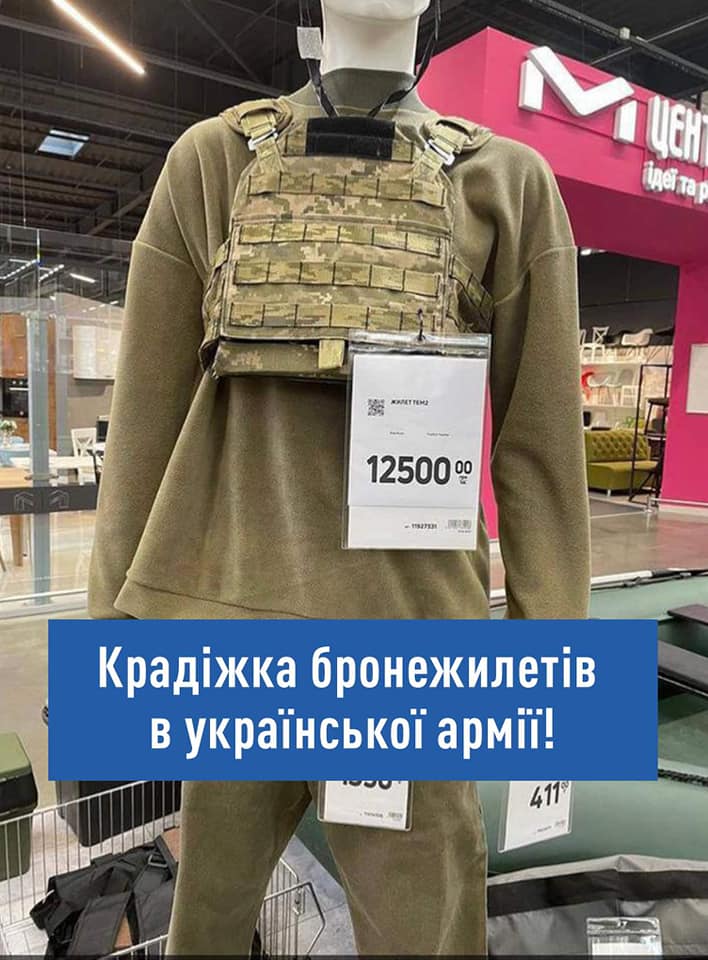 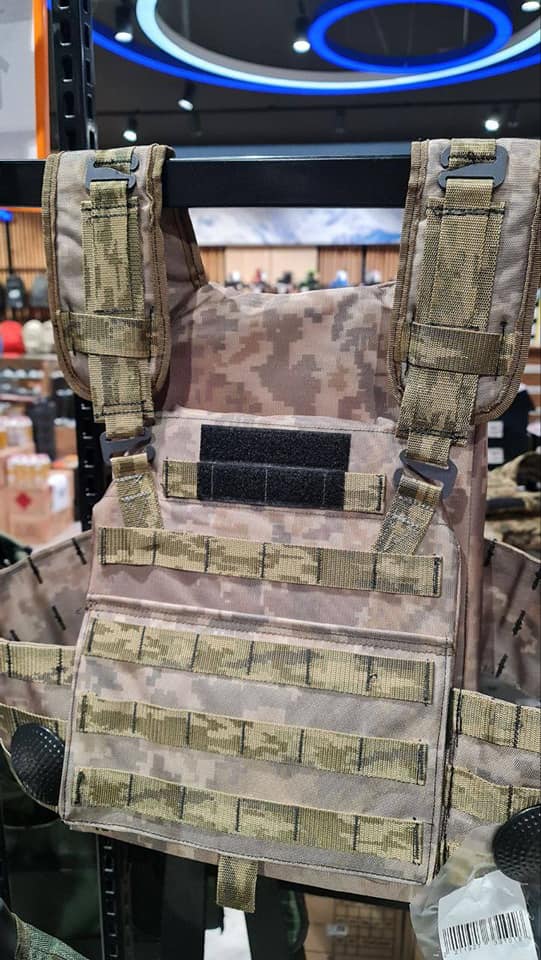 ‘Recently, we have got news from several volunteers about ‘Epicenter’ chain store selling bullet-proof vests similar to ours (the ones we produce),’ wrote the volunteers on Facebook, calling for a probe into the situation.

The case got a prompt response from ‘Epicenter K’ retailer who made an official statement the same day, May 17, explaining the TEM1, TEM 2 bullet-proof vests that came from ‘Veneto Group’ had all the due documents like ‘invoices, and quality testing certificates’.

Epicenter K said it reached out to the SBU, Ukraine’s security agency, and provided all the information on the issue. 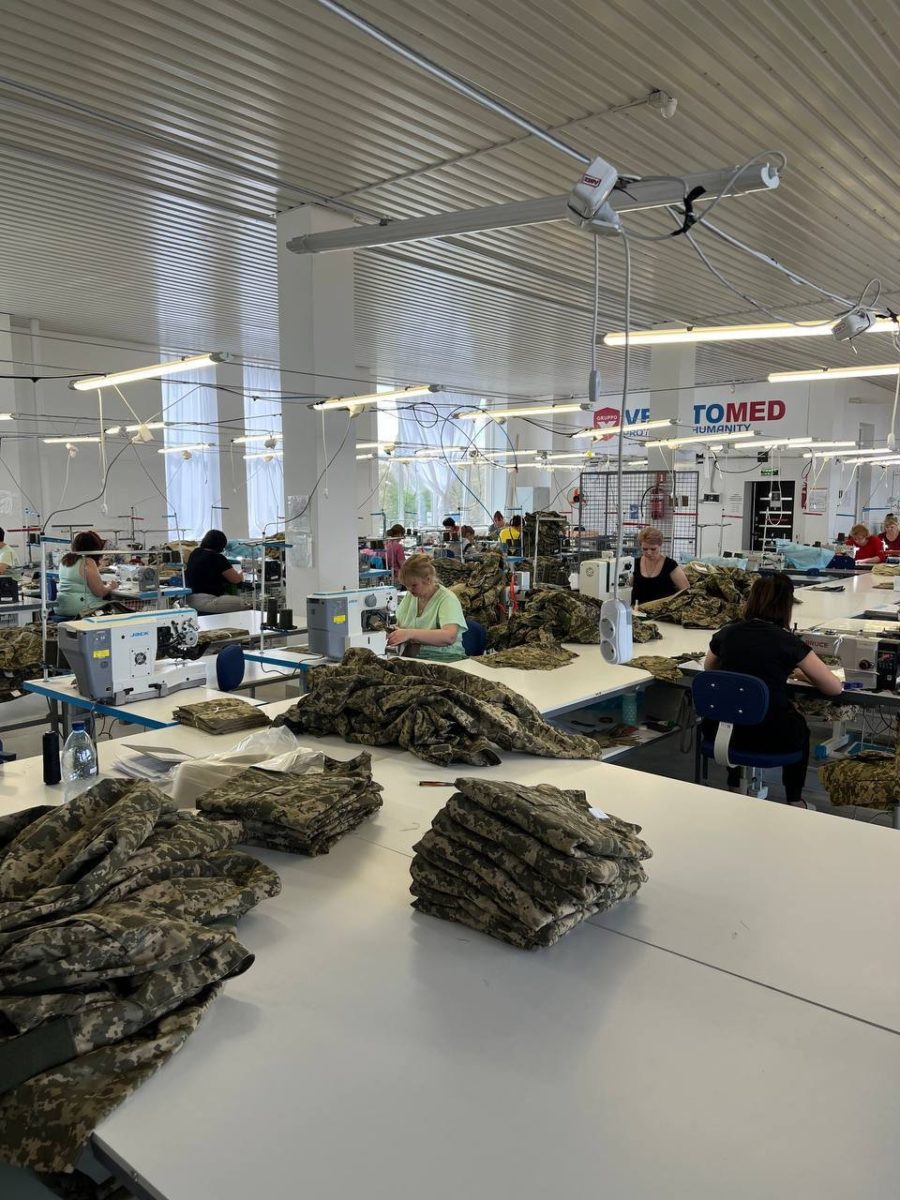 The official investigation sparked the uncomfortable questions for Veneto Group that was found to use a dubious scheme for reselling 1000 bullet-proof vests worth of 12 million hryvnas.

The hard body armor produced on Lviv volunteers’ money  went to  Chekrasy  where local officials had to put it to regional defense use, but the supplies ended up in the local hardware store.

Cherkasy military administration head Ihor Taburets said their office had been sent 1000 thousand cases for bullet-proof vests which later went to a local company that had to add steel breastplates to them and get them sent to the military. He didn’t explain why the hard body armor failed to go to the Ukrainian army, insisting the local government officials were not involved in the story.

‘The local military administration has nothing to do with commercial sale of the hard body armor,’ said the governor.

With the scandal unraveling, ‘Epicenter K’ thought it wise to pull Veneto Group military goods from its shelves, adding it will suspend all the business operations with the contractor tainted in the story. ‘Epicenter K’ said it can seek compensation damages from Veneto Group if the company is found  guilty of flipping the goods for a profit.

The house improvement retailer insisted it played by the rules as Veneto Group initially provided all the documents allowing purchase and sales of the goods. 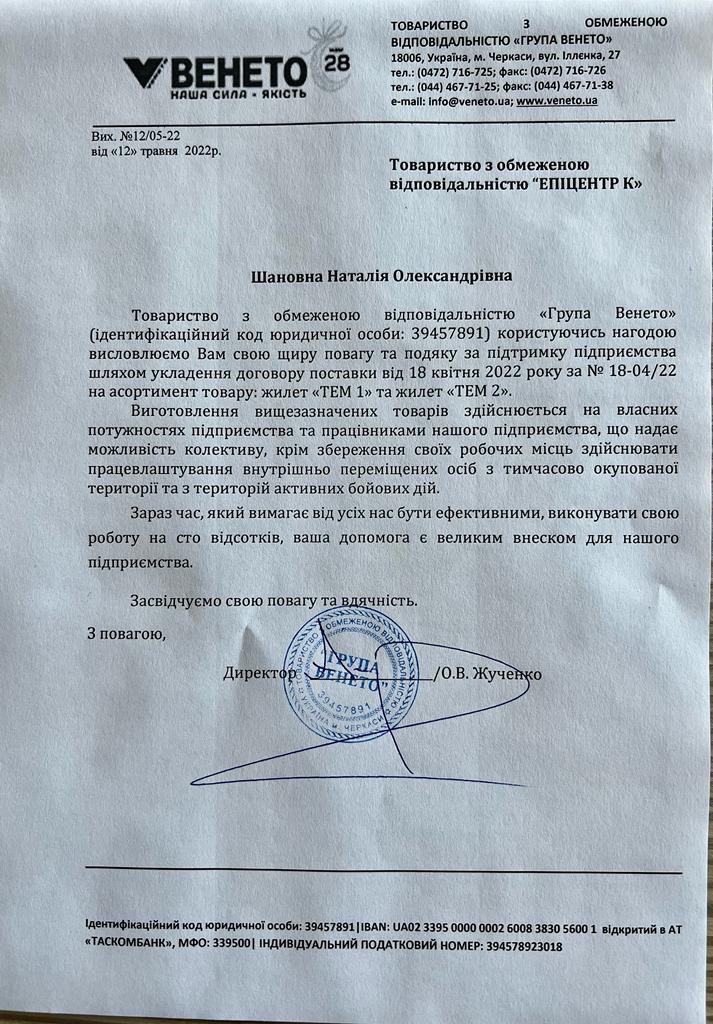 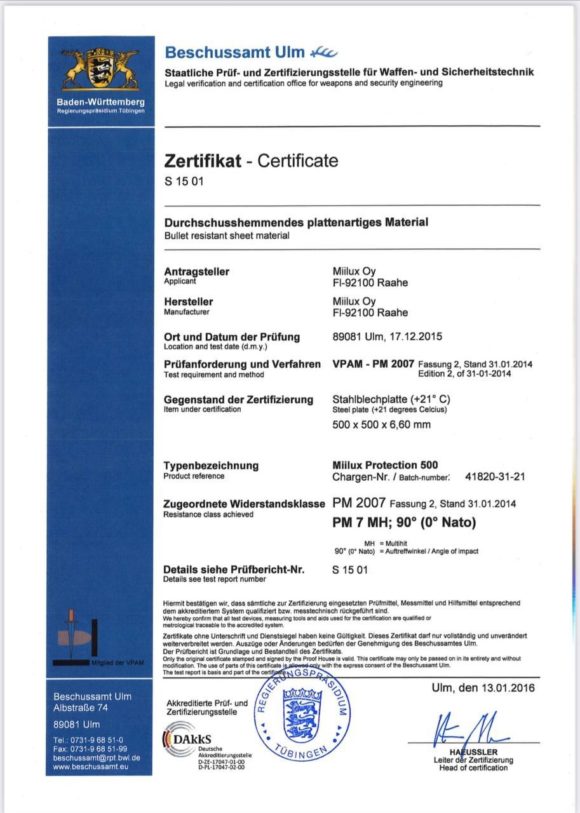 What we know about the companies

As one of the biggest hardware and house improvement retailers in Ukraine operating 80 stores across the country, Epicenter K company actively helps the  humanitarian relief efforts in Ukraine and provides financial aid to its army. In three months after Russia’s invasion in Ukraine, the company owned by Gerega family has pledged over 300 million hryvnas in financial support and donations.

Veneto Group is a Ukrainian furniture and mattress manufacture owned by the family of Mykhaylo Brodsky, former Ukrainian MP, who reportedly owns a Obozrevatel news outlet.