‘He has been at the front-line since the first days’, Story of Ukrainian celebrity chef who became military cook in Zaporizhzhya trenches

The war has affected lives of millions of Ukrainians, but celebrity chef Ruslan Retman from war-ravaged Bucha took it as a calling – he packed his knives and headed to Zaporizhzhya steppe to showcase his culinary skills at the front-line, feeding Ukrainian troops in the Zaporizhzhya steppe trenches.

‘Bukvy’ learnt about the story from Viktoriya Kurilenko:

“This is the situation you will hardly come to grips with in two, or three, oh, say, ten months. We had a peaceful life for so long, and things we see happening now appear to be so dreadful. My Bucha neighbor  Ruslan Retman believes that doing things you are good can have a therapeutic effect for mental health in war times. Ruslan is good at is cooking as he is on top 25 Ukrainian chefs’ list. 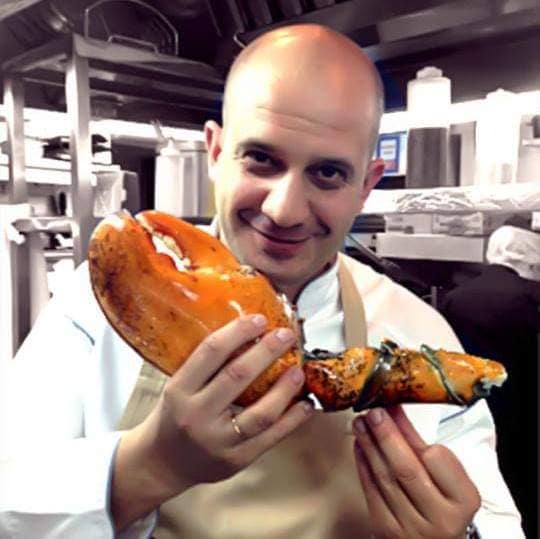 Our neighbors can attest to it as they remember the pre-war week-end picnics where he cooked his pilaf in his backyard. At the time when I worked for a glossy magazine, Ruslan was our regular culinary expert. And now his talents are winning over soldiers at the front-line in Zaporizhzhya steppes. ‘Ruslan, it so cool they sent you here to our unit!’

In the first days of the war Ruslan took his family to a safer place and went back to become a military chef at the front-line. A military dugout where you get constant shelling is not the best place for a chef-worthy kitchen as you cook at the flicker of a helmet light and have an improvised camp fire in place of a stove, not to mention you having to steady a boiling pan.

Despite such extremities, Ruslan has kept a creative approach to cooking. You can find him spoiling the soldiers with tuna or cheese bruschetta every time  ‘Flagman’, a fist  restaurant chain where he worked before the war, sends him some parcels with food supplies. Among other treats are dugout cheese pancakes, chicken skewers, open-fire chowder, and ‘military’ pasta. Ruslan is trying hard to add variety to the front-line menu.

His culinary talents match his sense of humor, and the thing can see you through the situation when phosphorus bombs are dropped that its not even funny. The life values on the front-line get a 180 degree re-evaluation making you excited about such simple thing as a roomy sleeping bag that fits your frame – Ruslan is tall and sturdy, or gushing over the news  two cooking gas cylinders have arrived from the home front meaning your chef’s work will be easier, livelier and more comfortable. 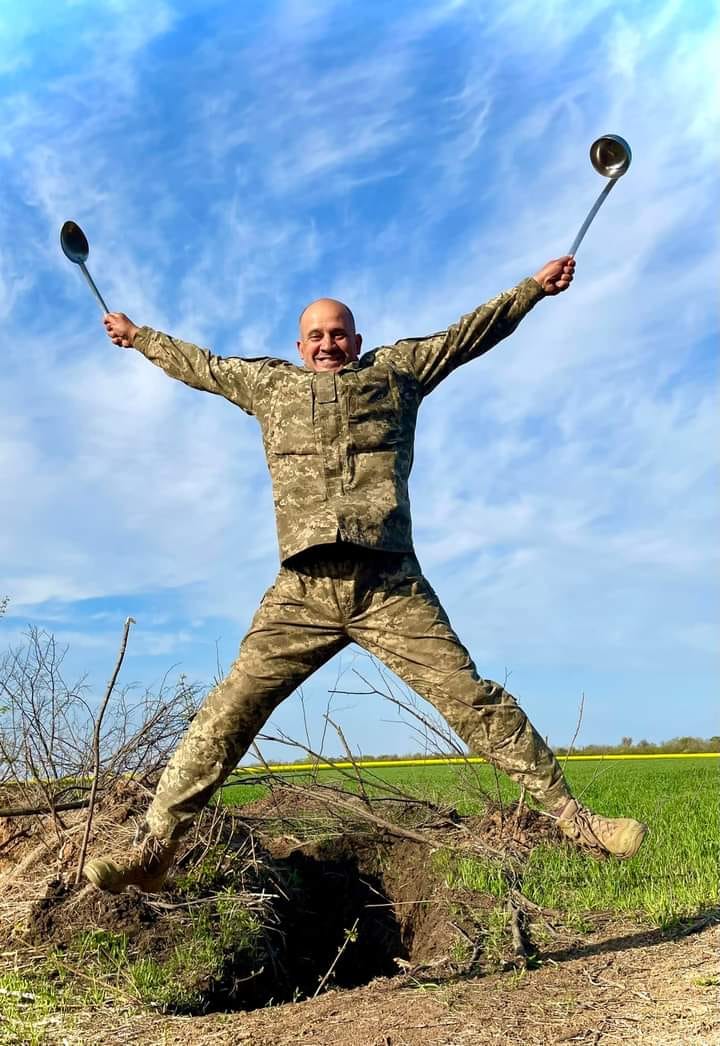 You can get used to blasts and bombardments, whicht can get you really down at times, but if you keep doing you thing, the thing you are good at, fears wane away life gets back its meaning.”