How Bukvy has battled a month-long cyber-attack

A 'Bukvy' story about the controversial Ukrainian space entrepreneur led to a massive DDos attack. What tricks are attackers using to block our news website. 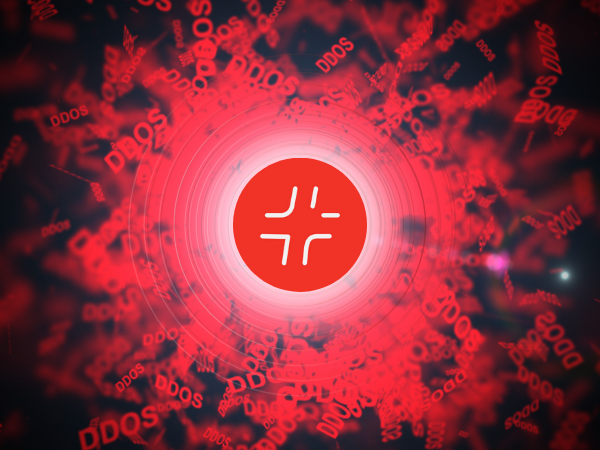 A  rolling distributed denial of service (DDoS) attack struck soon after Bukvy published  a story about Maksym Polyakov and the botched launch of his Firefly Aerospace Alpha rocket. With ‘Bukvy’ DNS server suffering disruptions, our materials   had to be promptly moved to a safer platform. 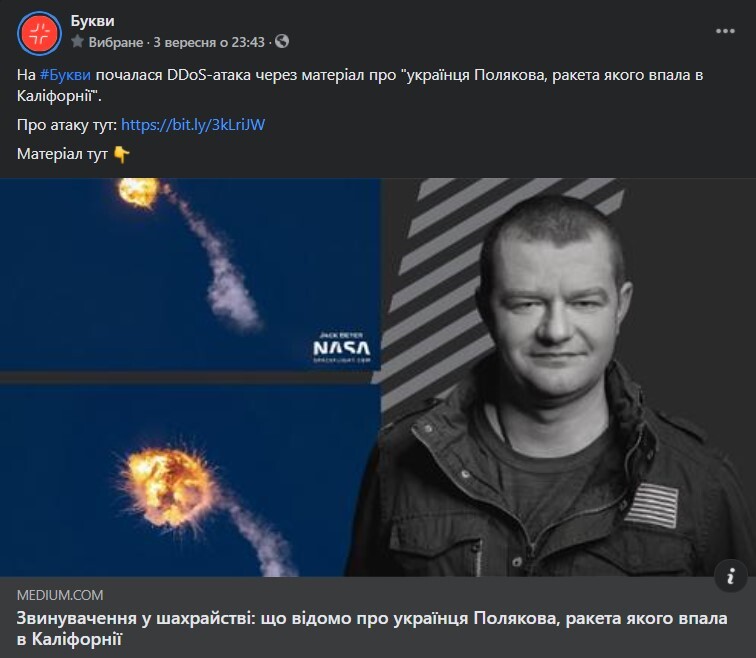 Our readers were unable to access the story on Polyakov’s rocket  failure mere three hours after it was published  at 15:26 Kyiv time. 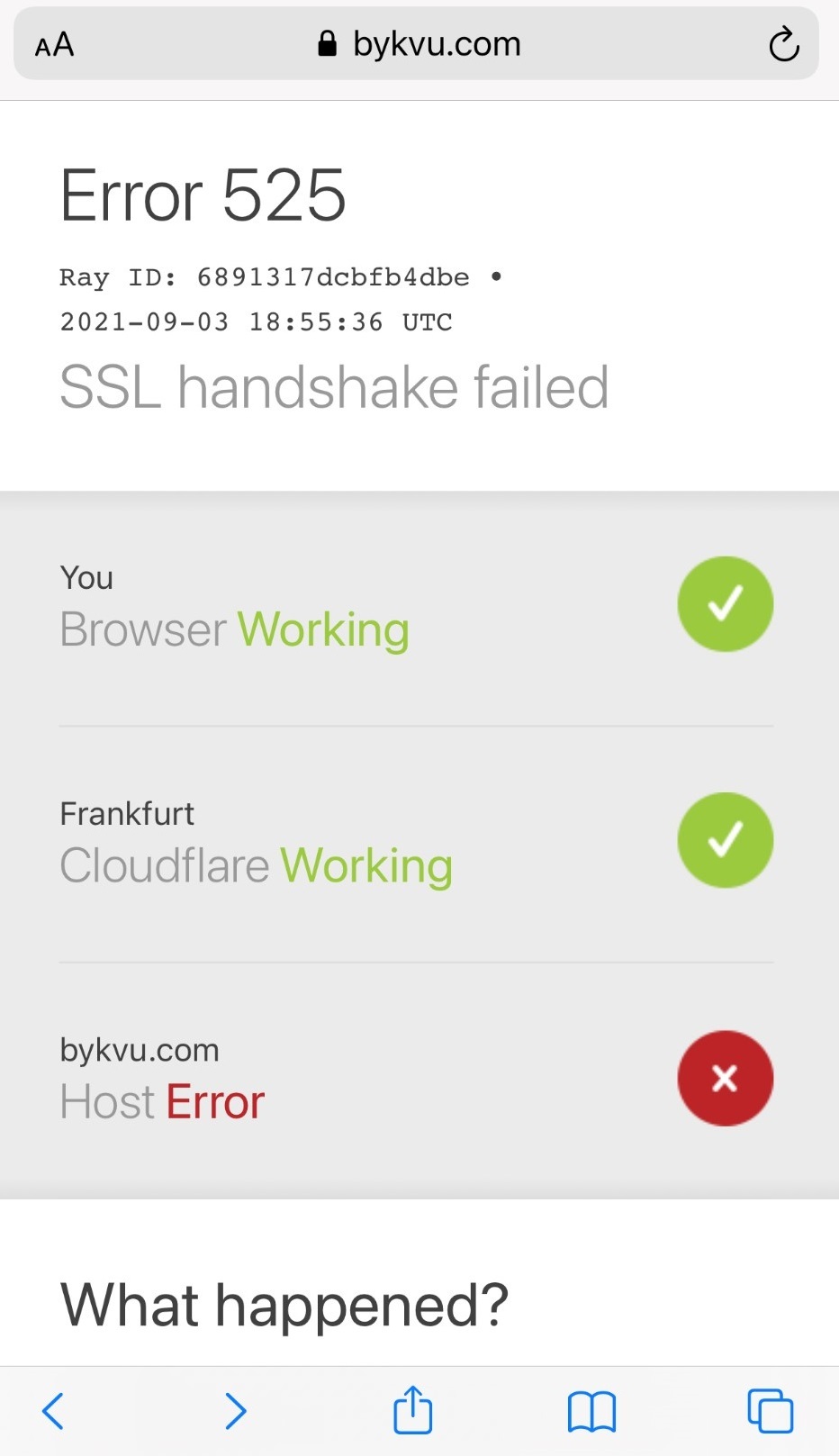 What hackers basically did was flood  Bukvy website with so many fake requests and traffic that it just  went down. 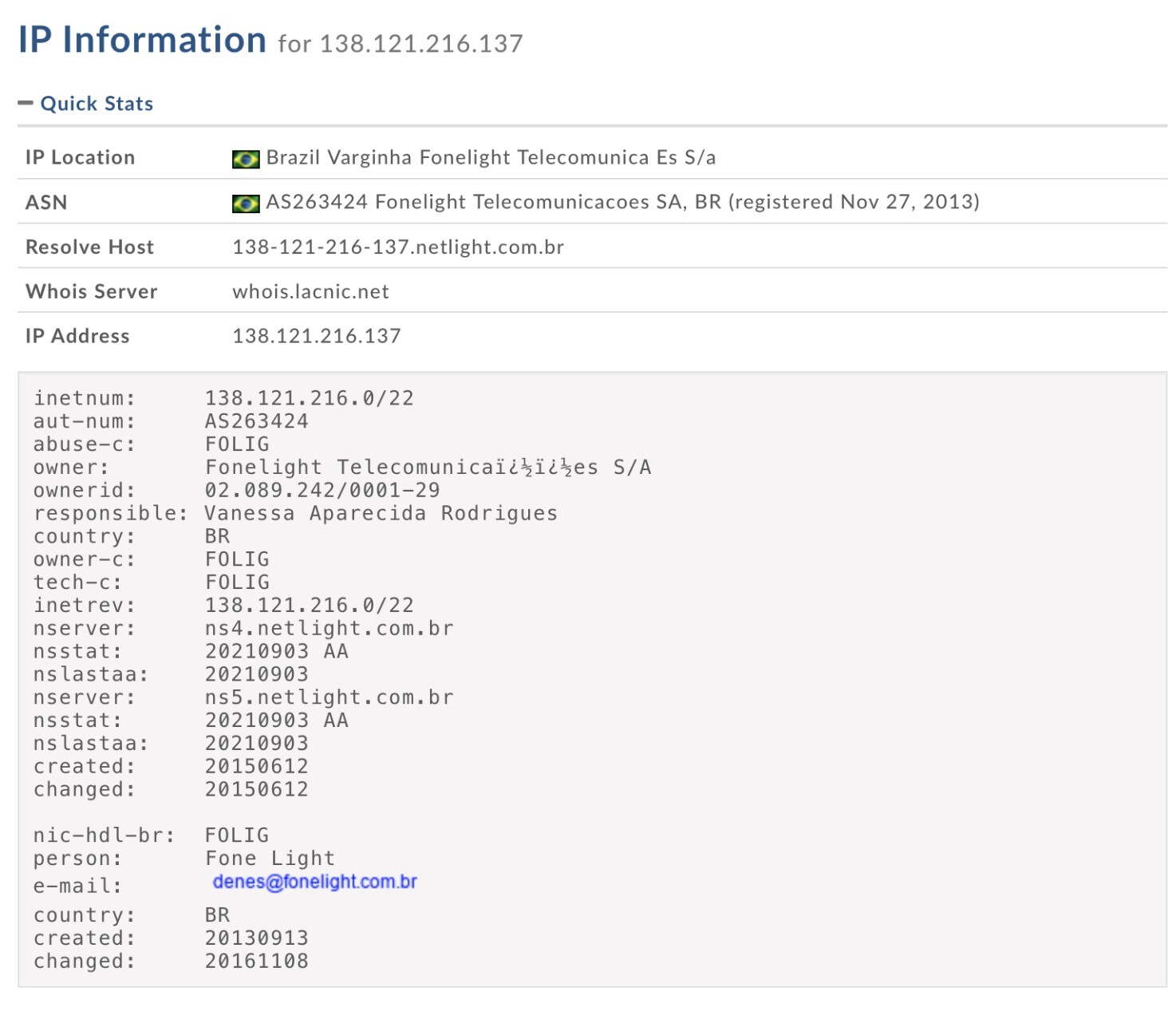 Back then our hosting provider traced requests coming from as far as Brazil.

Warding off DDoS attacks is a challenging task that requires a powerful server and a range of cybersecurity tools.

The guys did disrupt Bukvy operations but failed to crush our website completely.

A week later, we faced another cyber-attack,  supposedly triggered by our publication on CNN investigation into Ukrainian secret plan to capture Wagner mercenaries in Minsk. 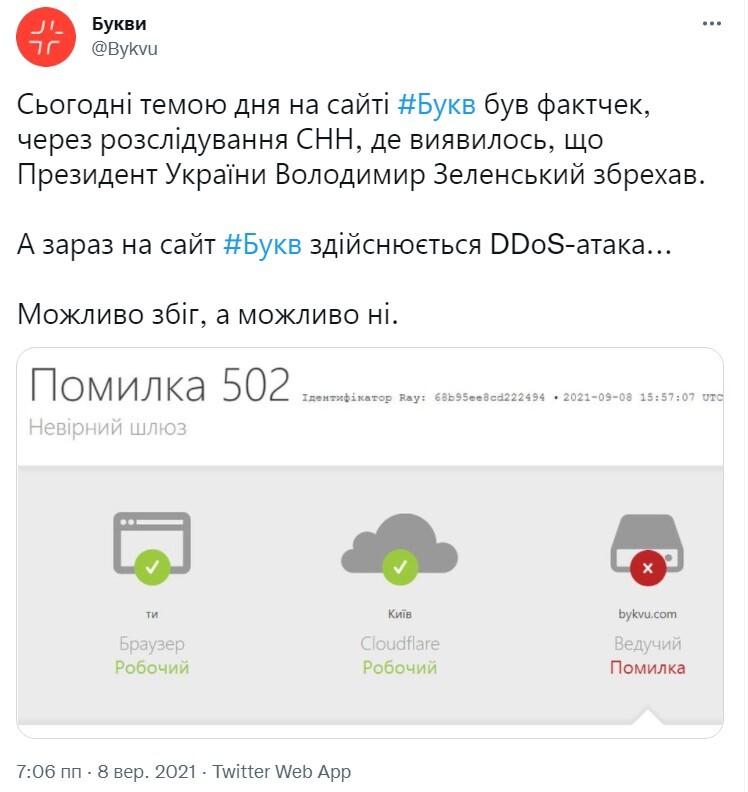 This time our server was pummeled  with requests coming from Great Britain, the Netherlands, France, Poland, Russia, Italy, South American countries, India, Indonesia, Iran, Hong Kong and many others.

At its peak, the attack saw incoming traffic at a rate of 5-7 terabits per second. On one of the nastiest days our server had to deal with 100 terabits, the barrage  lasted up to 2-3 hours over the course of a day.

To add insult to injury, the bad guys got a clever idea to assail Bukvy journalists with a barrage of phone calls and text messages, Kateryna Roschyk alone got over 1000 unwanted SMS messages.

Such actions are, in fact, a criminal offence called  ‘preclusion of legal professional activities of journalist under Ukraine’s Criminal Code.

Attacks against Bukvy journalists? Nothing new

This is hardly the first time Bukvy comes under the attack.  As we strive to provide objective, balanced news and fair judgements of politicians and their actions, our journalists often face threats and violence.

In late 2019,  ‘Servant of the People’ MP Bohdan Yaremenko threatened our photographer after the disgraceful revelations showing the MP was exchanging text messages with a prostitute. Back then, ‘Bukvy’ got support from volunteer lawyers  and National Union of Ukrainian Journalists.

In September, 2020, our reporter faced the similar threats from then ‘Servant of the People’ MP Yevhen Shevchenko.

In 2019 ‘Bukvy’ was also targeted by a lawsuit from Viktor Medvedchuk, the ‘Opposition Platform for Life’ party leader and closest friend of Russia’s president. The politician took the media outlet owners Kateryna Roshuk and Petro Terentyev to court over the news story on his lawsuit against film-makers of Vasyl Stus biopic. The court decision in that case is still pending.

This very year our reporter Oleksii Kuzhelnii was  assaulted by a group of far-right activists while reporting on the court hearing of Belarusian dissident  Oleksii Bolenkov.

Soon after the incident, Kuzhelnii was punched in a face  and kicked by a group of angry youths after  a nationalist groups’s  rally in Kyiv center.