‘How to leave Russia’ among the top Google searches in RF

‘Bukvy’ has analyzed Google Trends regarding the most popular searches in Russia since it invaded Ukraine. 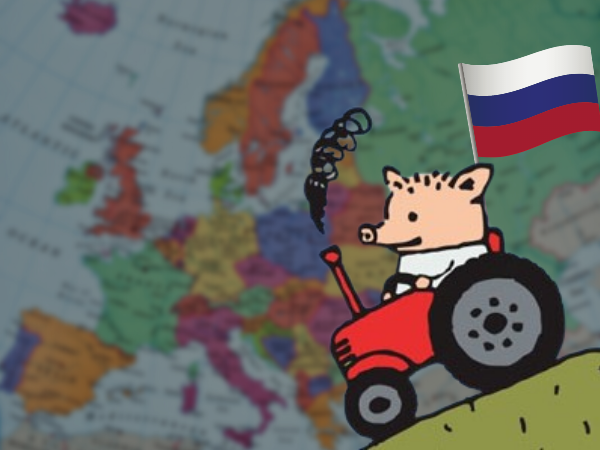 One of the most popular trends is the search ‘How to leave Russia’ with a sharp peak starting in the end of February – beginning of March. This search is especially relevant for the residents of Moscow and St. Petersburg. 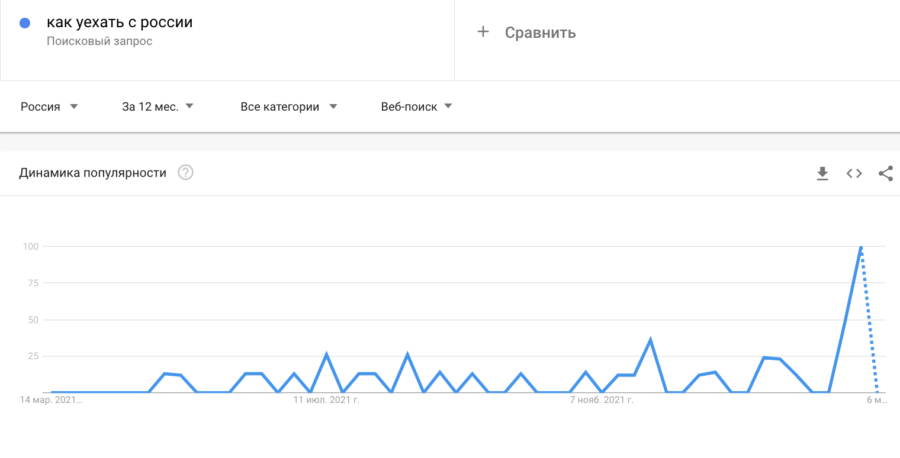 Another popular search is ‘emigration’, which is close to the previous one. The search is most active in Rostov region, which is followed by St. Petersburg, Moscow, Sverdlovsk and Irkutsk regions.

Search ‘sanctions’ also became popular among Russians in late February 2022 while it was rare in 2021. 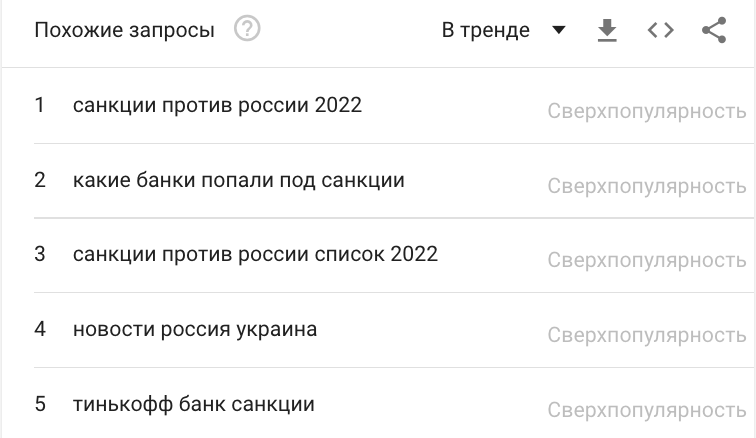 Another interesting thing for Russia’s citizens is the ‘exchange rate’, which can be explained by the downfall of Russian rouble.

‘Isolation of Russia’ search is popular in Moscow and St. Petersburg, but Google Trends does not provide statistics regarding other regions.

Trend ‘war in Ukraine’ is relevant in regions bordering Ukraine, but is not as popular as the above-mentioned ones.