Ukrainian businessman and politician Igor Kononenko continues his efforts to help the Armed Forces of Ukraine.

Recently, Kononenko bought a vehicle for the Ukrainian defenders. 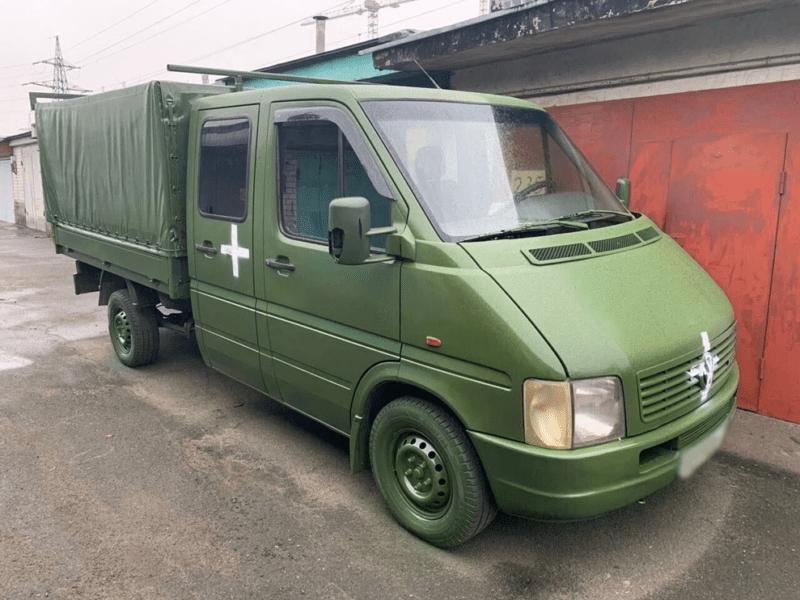 The vehicle was fully serviced and painted in the appropriate color before being sent to Ukraine. The truck for the military cost UAH 400,000.

According to the military, modern vehicles at the front are a matter of first necessity. In order to successfully carry out their tasks, the Armed Forces constantly need a lot of vehicles for the transportation of the wounded, weapons, ammunition or evacuation of civilians from the combat zone.

Since 2014, Igor Kononenko and his Charitable Foundation have been constantly supporting Ukrainian defenders.

In addition, Igor Kononenko Charitable Foundation has repeatedly helped fighters with the purchase of optics for sniper systems.

Marital status: married to Liliya Kononenko in 1988; they have three children and one grandson.

Higher education. In 1989 he graduated with honors from the Kiev Automobile and Road Institute and received the qualification of a traffic engineer.

1988–1990 – worked as the secretary of the Komsomol committee of Kyiv Automobile and Highway Institute.

1990–1991 – Deputy Director of the structural unit of the city headquarters of the student group.

Since 2012 – Head of the Supervisory Board of PJSC “Closed Non- diversified Corporate Investment Fund “VIK”.

The fund owns 7 companies in the areas of construction, hotel business, trade and sports.

In 2006 Igor Kononenko became a deputy of Kyiv City Council of the V convocation.

2010–2014 – head of the parliamentary faction “Initiative” of Kyiv City Council of the VI convocation.

2014 – member of Kyiv City Council from UDAR (member of the Standing Committee on Transport and Communications).

Since September 16, 2015 – the first deputy head of the parliamentary faction “Bloc of Petro Poroshenko” (BPP).

Igor Kononenko was a member of Verkhovna Rada Committee on Fuel and Energy Complex, Nuclear Policy and Nuclear Safety. He was involved in the preparation of legislative initiatives, work with the expert community and the public.

Kononenko’s work was aimed at improving the legislation of Ukraine in the energy sector, organizing cooperation with the Cabinet of Ministers of Ukraine, Central Executive Authorities, enterprises and organizations of various forms of ownership, and the expert community.

As a member of the Committee, Igor Kononenko was involved in the implementation of the European integration policy in the energy sector, which is aimed at implementing the Association Agreement between Ukraine, on the one hand, and the European Union, the European Atomic Energy Community and their member states, on the other; as well as the Protocol on the Accession of Ukraine to the agreement on the establishment of the Energy Community.

As a result of Committee’s work, the Verkhovna Rada of Ukraine adopted key laws, such as:

“On the natural gas market”,

“On the electricity market”,

“On the National Commission for State Regulation in the Spheres of Energy and Utilities”,

“On the Energy Efficiency Fund”,

“On Amendments to Certain Laws of Ukraine regarding the provision of competitive conditions for the production of electrical energy from alternative energy sources”. This is, in particular, the production of solar and wind energy.

Igor Kononenko was involved in the reform of decentralization.

The state policy of Ukraine in the field of local self-government is based on the interests of residents of territorial communities and provides the decentralization of power – the transfer of a significant part of resources, authority and responsibility from the executive authorities to local self-government bodies. This policy is based on the provisions of the European Charter of Local Self-Government and the best world standards of public relations in this area.

Kononenko is the initiator of legislative initiatives:

615-VIII on Amendments to the Law of Ukraine “On Housing and Communal Services” regarding the proper social and economic protection of participants in the anti-terrorist operation and their families (on the fair appointment and provision of subsidies);

834-VIII. This law defines the legal, economic, organizational principles of the state registration of all rights that must be registered under this Law, and their encumbrances; and aims to ensure that the state recognizes and protects these rights and to create conditions for the functioning of the real estate market.

Kononenko is also the initiator of a number of legislative initiatives aimed to reform the road industry:

1762-VIII “On the sources of financing for the road sector of Ukraine” regarding the improvement of the mechanism for financing the road industry;

1763-VIII on Amendments to the Budget Code of Ukraine regarding the improvement of the mechanism for financing the road industry;

2304-VIII on Amendments to several legislative acts of Ukraine in the field of highways construction and operation.

These laws determine the specific features of the construction and operation of public highways of national importance under concession; have an impact on ensuring the rights and interests of the concessionaire (investor). Create transparent conditions in the field of road construction.

In addition to the Academy in Pushcha-Vodytsa, MTA Arena was built in Zhulyany, another sports school was bought, and now it is the ITA Club with five clay tennis courts.

Together with his wife Liliya Kononenko, he is the head of CO “Charitable Fund of Igor Kononenko”.