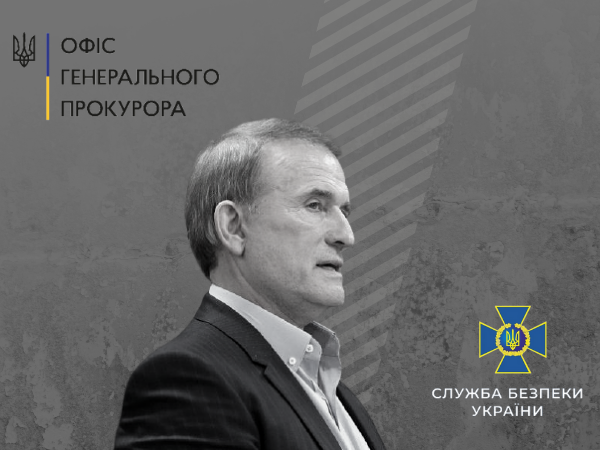 On Friday, Ukraine’s law-enforcement agencies have come forth with new allegations against pro-Russian politician Viktor Medvdchuk.

In a joint briefing with the SBU head Ivan Bakanov,  state chief prosecutor Iryna Veneditkova said “Opposition Platform for Life’ MP has been notified of a new formal charge after state investigation found he was involved in illegal coal trade schemes  in Russia-controlled Donbas with revenues later going to finance separatists’ administration in the region.

‘Today we have informed MP Viktor Medvedchuk about the [formal] suspicion. It is state treason and abetting terrorist organizations,’ said Venediktova.

On learning the news, the MP  was quoted as saying ‘Are you going to detain me? If not, I am leaving’  and allegedly did as he is still shielded by  parliamentary immunity status.

What is Medvedchuk accused of ?

The law enforcement officials provided some details of Medvedchuk’s coal schemes. Colluding with unidentified Ukraine’s National Bank executives who helped to block international coal contracts in South Africa, Medvedchuk, according to investigation,  benefited by stepping in as a go-between of  illegal trade schemes involving mines in occupied Donbas.

‘It is a matter of state treason with Ukrainian politicians and top officials, with war still raging, taking side with Russia,’ said Venediktova.

The scheme involved Serhiy Kuzyara, Medvedchuk’s business partner with connections in DNR/LNR that helped him procure coal contracts at the mines controlled by separatists.

Kuzyara was charged of abetting separatists and taken into custody.  He was allegedly in charge of the operational on-the-ground work like contracts with Donbas mines’ separatists-controlled management,  transportation, and cash payments to all the parties involved in the unlawful scheme.

According to Venediktova, Medvedchuk ‘reported on all these processes’ to the Russian Federation top officials, who administered revenues so that ‘DNR/LNR had enough money’.