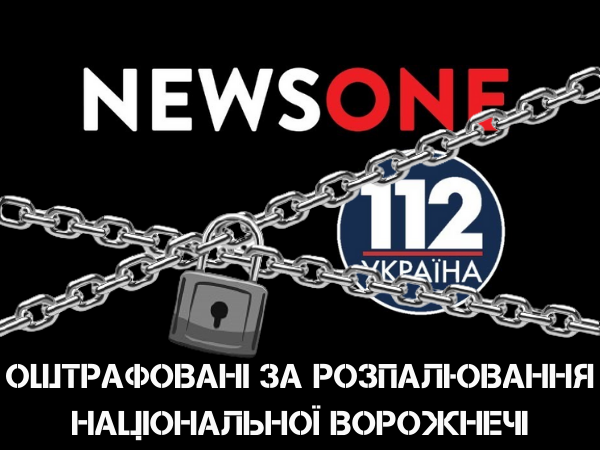 ‘112 Ukraine’ was fined for the on-air comments from the former Ukrainian Communist Party leader and MP Petro Symonenko for ‘Golos narodu’ TV show aired on January 29 .

In a statement, National Television and Radio Broadcasting Council cited Petro Symonenko’s scandalous remarks on Donbas war and the Ukrainian military as a reason behind the fine.

‘The guest (Petro Symonenko) was using discriminatory, offensive and provocative terms with negative coloring like ‘eurofascism’, ‘neofascists unleashing the war’, ‘fire place of arms for disputes between Ukraine and Russia’ that bore a clear intention to discredit the political regime in Ukraine, the Ukrainian military forces, Ukraine’s allies in struggle against Russian aggression,’ explained the Council statement.

The state media regulator  argued  that the TV show host failed to address the politician’s ‘rhetoric of hate speech’ and counterbalance his discrediting statements. Citing ‘calls for aggressive war and its propaganda that stoke national, racial and religious enmity’, the regulator ruled ‘to sanction ‘112 Ukraine’ TV channel a fine amounting to 25% of license fees -114,067 hryvnas’ that is to be paid within 5 days.

National Television and Radio Broadcast Council brought the same accusations against ‘NewsOne’ TV channel.
The sanctions against the broadcaster are imposed in connection to its TV show ‘Epicenter of Ukrainian politics’ aired on January 4. The TV show featured the interview with Vyacheslav Pikhovshek whose claims were found to have violated the media conduct policies.

The review of Pikhovshek on-air statements ruled that he made depreciative and provocative comments targeting Ukrainians who were referred to as “Bandera-oriented’ people; he also claimed that ‘some of them are enemies pitted against Russian-speaking country fellows’.

‘Pikhovshek claims have all the attributes of direct and secondary call for hatred and intolerance… pitting Russian-speaking society against other social and language groups’, stated the state media regulator in a statement.

The Council’s media ethics commission ruled to issue a formal warning for Diana Panchenko, the TV show host, for her ‘silent compliance’, and awarded ‘NewsOne’ broadcaster a penalty of 114,067 hryvnas for ‘incitement to hatred and distribution of hate speech’.